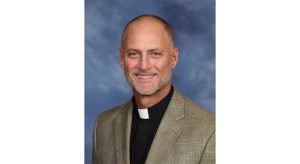 When: May 20 on the fifth ballot with 163 votes. Robert Mooney, a pastor of Messiah Lutheran Church, Yorba Linda, Calif., received 103 votes.

Succeeds: Andrew A. Taylor, who is retiring. 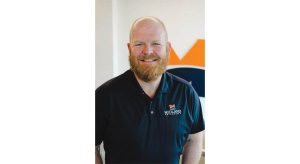 Elected: Scott A. Johnson as bishop of the Nebraska Synod (nebraskasynod.org), effective Sept. 1.

Succeeds: Brian Maas, who has taken a call as vice president for mission and spiritual care of Immanuel, a social service ministry. 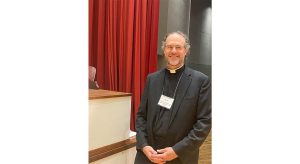 Bio: Assistant to the bishop and director for evangelical mission for the synod since 2016. Previously served as pastor of Our Saviour Lutheran Church, Brooklyn, N.Y. Earned degrees from the State University of New York College of Environmental Science and Forestry and the Lutheran Theological Seminary at Philadelphia.

Succeeds: Jeffrey A. Clements, who is retiring.

Daniel G. Beaudoin as bishop of the Northwestern Ohio Synod, June 3, on the first ballot with 216 votes (195 needed
for election).

Paul D. Erickson as bishop of the Greater Milwaukee Synod, May 21, on the fifth ballot with 215 votes. Michelle Townsend de Lopez, pastor of Cross Lutheran Church in Milwaukee, received 100 votes.

William O. Gafkjen as bishop of the Indiana-Kentucky Synod, June 9, on the first ballot with 204 votes (192 needed for election).

William J. Gohl Jr. as bishop of the Maryland-Delaware Synod, May 12, on the first ballot with 341 votes (271 needed for election).

Eric Gronberg as bishop of the Northern Texas-Northern Louisiana Synod, April 29, on the first ballot with 154 votes (129 needed for election).

Appointed:
The Sierra Pacific Synod Council, in consultation with the Office of the Presiding Bishop, has appointed Claire S. Burkat as its interim bishop following the resignation of Megan Rohrer (spselca.net). Burkat is a former bishop of the Southeastern Pennsylvania Synod.

Appointed: Rebecca Neiduski as the 18th president of Wartburg College, Waverly, Iowa (wartburg.edu), by the board of regents, effective July 1. She is the first female president in the school’s 170-year history.

Bio: Dean of the School of Health Sciences at Elon (N.C.) University. Previously was chair and program director for the Department of Occupational Therapy at Concordia University Wisconsin in Mequon and an associate professor of occupational therapy with tenure at Maryville University in St. Louis. Earned degrees from Purdue University, West Lafayette, Ind.; Washington University and St. Louis University, both in St. Louis.

Neiduski: “My entire career has been built on the values of Wartburg’s mission statement. Throughout my career, I have challenged and nurtured others to reach their greatest potential and provided leadership and service at universities, in the classroom and around the world. Being raised as a Lutheran, by Lutheran schoolteachers, instilled in me a deep commitment to the integration of faith and learning.”

Succeeds: Darrel Colson, who is retiring after serving since 2009.

Bio: Senior vice president for strategic initiatives at Colorado Mesa University, Grand Junction, where he previously served as assistant vice president for academic affairs and head of the Department of Theatre Arts. He also was professor of theater arts at New Mexico State University, Las Cruces, and assistant professor of speech/theater at St. Olaf College, Northfield, Minn. Earned degrees from Luther College, Decorah, Iowa, and the University of Florida, Gainesville.

Pinnow: “Together, we seek to position Finlandia for a prosperous and significant future as it honors its traditions and heritage while adjusting to the current changes in higher education. As we move forward together, we will seek to make Finlandia University’s next 125 years even greater than its first.”

Succeeds: Philip Johnson, who is retiring after serving since 2007.

Appointed: Frank Shushok Jr. as the 12th president of Roanoke College (roanoke.edu) by the board of trustees.

Shushok: “Everywhere at Roanoke College there are structures and individuals committed to a kind of deep learning that emboldens the human spirit, strengthens public discourse and becomes a true north for what matters most. I admired this community the moment I discovered it, and I am honored to join the faculty and staff in pursuit of such a worthy calling.”

Succeeds: Michael C. Maxey, who is retiring after serving since 2007.