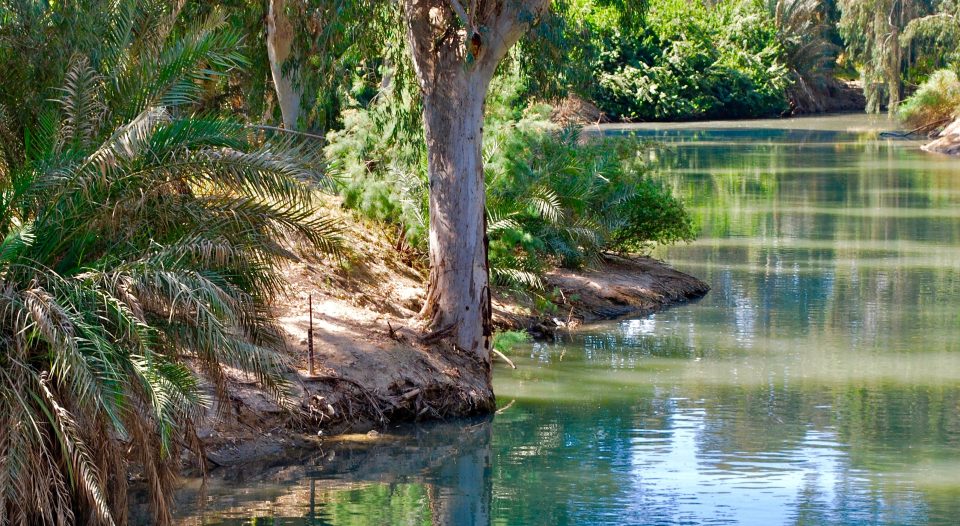 Sometimes we want a big show, right? I used to love watching a TV show a couple decades ago about elaborate marriage proposals. And the big finale of a fireworks show is always a favorite. Then there’s the band that plays their long-awaited hit song for the first encore as the crowd goes wild. We even used to gather around the TV as friends and family every two years to watch the Olympics to witness all the pageantry and drama. Now I try to slip away to watch the football World Cup for the same reasons. Yes, we love a big show—and we aren’t alone. This week’s lectionary readings discuss people who wanted to see a big show and were disappointed. We learn about expectations and about how God works.

The story of Naaman in 2 Kings begins with tragedy—the Arameans are raiding Israel. Among their many captives was a little girl who was enslaved to serve Naaman’s wife. Naaman was an Aramean general who was an excellent fighter, but he had some kind of skin disease. The Israelite girl told her captors that the prophet Elisha could certainly cure Naaman. The general then went to Israel, where his retinue of many horses and chariots eventually found their way to Elisha’s house. But, instead of receiving the tormentor of Israel with great pomp, Elisha refused to meet him. The prophet instead sent a messenger to tell Naaman that he would be cleansed if he bathed in the Jordan River seven times.

Naaman was furious at the lack of a greeting and big show! Surely a prophet should come out, wave his hands around and call out to his god to perform a healing. Barring that, if one were to bathe in a river, Damascus apparently had more auspicious rivers that were probably cleaner since they were nearer to their sources in the mountains than the Jordan. Naaman wanted a big, impressive show, and he was told to bathe in an unimpressive river. Eventually his entourage convinced him to obey the prophet’s uncomplicated instructions. In doing so, he was healed and returned to praise God. In letting go of his desire for a big show, Naaman found healing.

Naaman wanted a big, impressive show, and he was told to bathe in an unimpressive river. … In letting go of his desire for a big show, Naaman found healing.

Hundreds of years later, Jesus and others also desired a big show—and all were disappointed. As Jesus was skirting the area between Galilee and Samaria on his way to Jerusalem, he entered a village. There 10 men with a skin disease stood at a distance. They were almost certainly barred from entering the village in order to protect pilgrims on their way to the Jerusalem temple from contracting ongoing uncleanliness. The men began to shout in loud voices for Jesus to have mercy on them.

Earlier in the Gospel of Luke, Jesus had touched a person afflicted with a skin disease, healing him instantly (5:12-16). In that story, Jesus told the man to go quietly and show the priests so he could be officially declared clean. So many people heard about the healing that Jesus was overwhelmed with followers. Yet in Luke 17, Jesus doesn’t touch or heal the 10 men who were shouting at him. He simply told them to go to the priests. But they wanted a big show of healing right there, within sight and earshot of the village. That is exactly what Jesus did not give them. Instead, they were healed as they walked.

One of the afflicted men was a Samaritan. Presumably the Samaritan cultic center was much closer than the temple in Jerusalem. We don’t know if this man made a much shorter journey and returned first, or if he disobeyed Jesus’ instructions to show himself to a priest and simply returned immediately out of gratitude. We do know that Jesus was hoping for a big show. Jesus knew that he had healed 10 men. Yet only one man, a foreigner, returned to praise God, just as the foreigner, Naaman, had centuries earlier. Jesus asked in apparent shock, “Were not 10 cleansed. The nine … where are they?” (Luke 17:17). Presumably they were still obeying Jesus’ instructions to go and show themselves to the priests to be declared clean. But Jesus was hoping for a big show of praise at least nine times larger than the one he witnessed. Nevertheless, Jesus dismissed the Samaritan peacefully, telling him that his faith had made him well.

Frequently, we long for a big show: a miraculous healing, dramatic repentance or a meaningful reintegration of a broken community. And frequently those hopes aren’t realized. But take heart, it was in the small acts of faithfulness that Naaman and the 10 men between Galilee and Samaria were healed. And the little show of one man returning to Jesus to praise and thank God for his healing caused Jesus to declare that faith had made the Samaritan well. What small acts of faithfulness might God be calling us to these days?