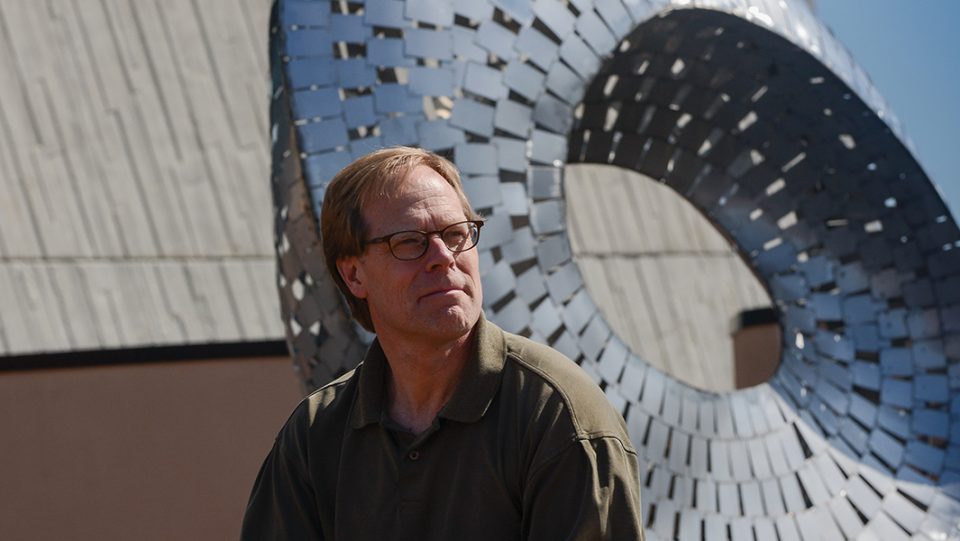 You could consider Steve Nahn a modern-day psalmist. David, the writer of Psalm 8, pondered with wonder: “When I look at your heavens, the work of your fingers, the moon and the stars that you have established ….”

But psalmist isn’t the title on Nahn’s business card. His day job is exploring the origins of the universe and what it’s made of. Nahn is a scientist at Fermilab (Fermi National Accelerator Laboratory), a U.S. government facility outside Chicago specializing in high-energy particle physics.

As part of his job, Nahn visits CERN every six to eight weeks. CERN, the European Organization for Nuclear Research, is a similar research facility outside Geneva. There he works on the Large Hadron Collider (LHC), an enormous instrument used to find and study the fundamental building blocks of all matter.

“Essentially the goals of my research benefit everybody in that we publish papers that try to further elucidate how nature works,” Nahn said.

“A long time ago, I learned the scientific method, which was that a theory is not valid if you cannot conceive of a way to disprove it. That is basically how I separate faith and science—science is that which can be proven, and faith is just what you believe, no proof required. Some people find this dissatisfying, but it works for me.

“I suppose there is some harmony with religion and the Uncertainty Principle, which essentially says you cannot have perfect, exact knowledge, but I don’t usually dwell on it.”

While at home in Batavia, Ill., his family attends (coincidentally) Geneva (Ill.) Lutheran Church, and while in Geneva, Switzerland, he enjoys being part of the English-speaking congregation of the Lutheran church there.

And what does he think of the “God particle,” which was an anticipated discovery of the LHC for many years before a 2012 breakthrough confirmed that the Higgs boson did, in fact, exist?

“[Calling it the ‘God particle’] mostly just confuses science and religion where there’s no good reason for it, except perhaps to sell books,” he said. “Hopefully the LHC opens the door to many more questions than it answers, and I don’t see it posing a threat to my beliefs or anyone else’s, for that matter, any more than the discovery of atoms, protons and electrons did.”