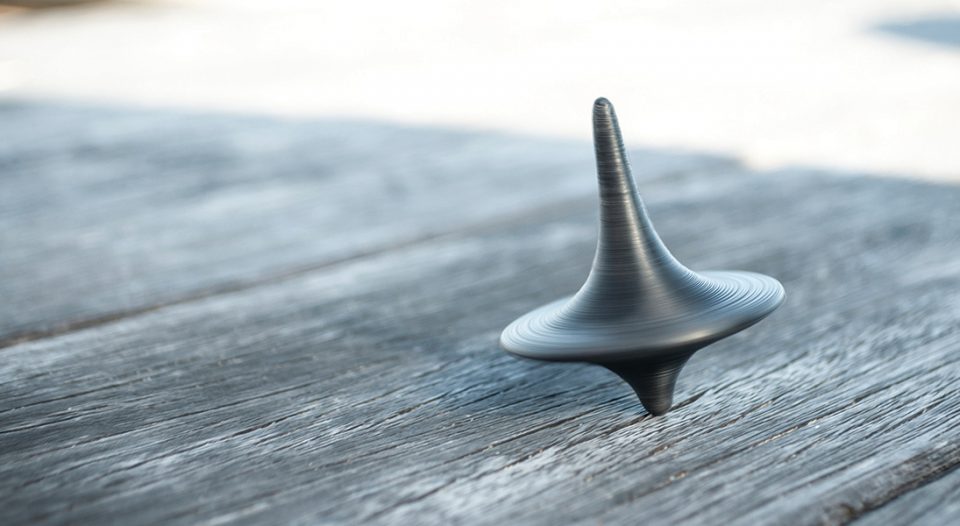 the black spinning gyroscopet is spun on an old wooden table

Every year I get to speak with prospective students. These folks aren’t just interested in seminary but have finished the application process and are ready to attend. I want to hear what they’re thinking, especially why they feel called to a life that some might consider unpopular or nerdy.

If you heard these conversations it would lift your heart. Their faith isn’t casual but committed. They’re willing to endure the changes and sacrifices needed to prepare for lifelong ministry. Even with difficulties ahead, they’re energetic and excited to begin. But they’re also worried.

Just like when I was in seminary more than 30 years ago, many of these students are still formed by fine institutions: church camps, campus ministries, youth programs, mission trips and home congregations. What’s different today is what they’ve done since college.

Some lived in intentional faith communities with other believers. Others volunteered a year or more here or abroad to offer witness and outreach. Still others worked in serving agencies or nonprofits, caring for those with complex, burdened lives. All this comes from their deep faith in Jesus and a desire to share God’s gracious love. But that’s also what rouses their worry. In various forms, they raise with me a lingering concern: “I want to keep serving in these ways—but is our church prepared for that kind of ministry?”

They’re not alone in wondering. To be clear, it’s not about trying to replace ministry with social services or political passions, but asking where our church’s witness is aimed.

What does it mean for us to engage a world beyond our fellow believers? How might our faith be more outwardly directed, more “centrifugal,” if you will? These concerns explain the growing interest in being a “public church.”

That phrase, in use since the early 1980s, emphasizes the church’s direction and purpose. A public church doesn’t stand apart from the wounds of our world but fully shares that plight to bring an alternative word of lasting life. It involves disciples equipped for a more credible, gracious, effective witness to the gospel in the many areas of life they encounter. A public church is always on the move.

Our public way derives from Scripture

If you think there’s nothing new about that, you’d be right and wrong. Of course, it’s how Scripture itself depicts the church’s mission—being sent to every nation. And we need not recall only heroic scenes like Paul’s speech at the Areopagus in Athens (Acts 17:16ff) to get the idea. When Jesus taught his followers to be salt of the earth and light of the world (Matthew 5:13-16) and prayed that, through their unity, “the world may believe that you have sent me” (John 17:21), you see the same centrifugal course of the church across the ages.

Indeed, ekklesia, the Greek word we translate as “church,” means “called from”—being called by God from ordinary life into a new assembly as a sign to the wider world. Our church not only has an outward direction to its work but a public character at its core.

No wonder that generations later, reflecting on something as potently personal as communion, Martin Luther also gestured to the public dimensions of faith: “When you have partaken of this sacrament, therefore, or desire to partake of it, you must in turn share the misfortunes of the fellowship. … You must feel with sorrow all the dishonor done to Christ in his holy Word, all the misery of Christendom, all the unjust suffering of the innocent, with which the world is everywhere filled to overflowing. You must fight, work, pray, and—if you cannot do more—have heartfelt sympathy” (“The Blessed Sacrament of the Holy and True Body of Christ,” 1519, section 9).

Notice that the “sacrament of love” (as Luther called it in this treatise) not only impels our own tangible acts of love, but also that these happen in the overlapping publics of the assembled church and the society where it makes witness. It seems quite clear, therefore, that the notion of “public church” is deeply rooted in our faith.

Then why is being public so difficult for us or the concept so unfamiliar? In short, the centuries after the Reformation led to a privatized faith that still impedes us. The religious wars decimating Europe in the 17th century showed that the destructive conflict of differing beliefs had to be contained.

In turn, Enlightenment progress relied upon emphasizing individual identity rather than traditional community bonds, including religious ones.

Finally, faced with seemingly dry Protestant orthodoxies, pietistic movements arose to restore a more personal, emotional faith, which also contributed to its privatization. The ironic result of these factors was that Christian faith was transferred into an interior or domestic reality, with the church atrophied about engaging any but its own like-minded members.

This background explains why seminarians (and others) wonder if our church is ready for a wider horizon in ministry. That they even raise this question shows that a new wind is blowing—the Spirit’s breath that we can welcome and trust. To be sure, recovering a centrifugal faith won’t happen by magic, for there are contrary pressures today that would still caricature faithful people as strident, stupid or silent. A more public church must therefore call upon a “public theology” capable of grounding an authentic, respectful witness. What would such a theology include? Let me offer two suggestions.

First, it builds on an ancient admonition: “Always be ready to make your defense to anyone who demands from you an accounting for the hope that is in you; yet do it with gentleness and reverence. Keep your conscience clear” (1 Peter 3:15-16).

Public theology would offer such an “account.” The Greek term is apologia, sometimes rendered “defense,” like an argumentative reply. What’s really meant, though, is making an open case for our views, a plausible claim that will stand up under public scrutiny. Such theology need not conquer other ideas but seeks to engage helpfully the many discourses found in public life, like commerce, law, medicine, entertainment, science and other religious traditions. A public church needs the theological basis to utter our particular Christian witness and constructively interact with other words and ways.

But public theology needs something more: “A theologian of the cross calls the thing what it actually is” (“Heidelberg Disputation,” 1518, thesis 21).

Luther’s assertion about theologia crucis (theology of the cross) is also sound guidance for public theology today. Such theology must also be genuine, engaged truth-telling, critiquing whatever leads to suffering, violence and death—which also includes declaring the gracious love we know through Christ Jesus.

Guided by an honest public theology, our witness as a public church will be neither simple nor sedate. Sin and evil resist being called out. Staying mute about our hope is easier. Since I’m asked every year by new students if our church is ready to be as public as their lives have already become, what do you think I should say?

Editor’s note: “Deeper understandings” column is intended to be a public conversation among ELCA theologians on the challenging issues of our day. Michael Cooper-White, president of the Lutheran Theological Seminary at Gettysburg (Pa.), edits the series on behalf of the ELCA seminary presidents.

James Nieman
James Nieman is president of the Lutheran School of Theology at Chicago.