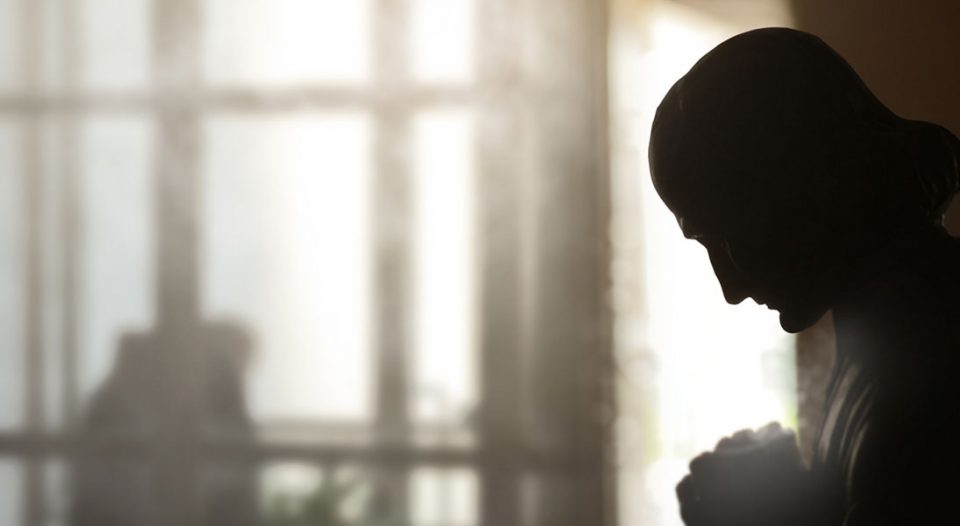 The phone rang just as Eve, an ELCA seminary student, arrived home from a run. It was her weekend as chaplain-on-call for the hospice facility and a family had requested her presence. When she arrived at the facility, she discovered Jim, a grieving, adult son in distress.

Jim’s father, the hospice patient, suffered a stroke that afternoon and was dying. His mother lived with severe dementia, and the daughter in the family hadn’t arrived yet. Jim was feeling overwhelmed and unsure about what to do—should he bring his mother into the room to be with her dying husband, or would that exacerbate her health challenges and trigger a panic attack?

Eve helped Jim discern clarity in the situation, and together they brought his mother into the room. As they gathered around the father’s bedside, Eve began to pray out loud. When she said, “Into your hands we commend his spirit,” the man died.

“He died right there,” she said. “It was definitely a growing moment. Like, holy cow, this stuff is real!”

Eve is one of 50 pastors participating in the Learning Pastoral Imagination (LPI) Project funded by a grant from the Lilly Endowment Inc. The project has followed a group of ministers from seminary into their various paths of ministry as it looks at how people develop wise pastoral practices over time. The LPI Project is founded on the idea that as pastors live into their vocation, they develop what practical theologian Craig Dykstra has named “pastoral imagination.”

The LPI Project, housed at Luther Seminary, St. Paul, Minn., since 2008, is co-directed by Christian Scharen, vice president for applied research at Auburn Theological Seminary in New York City, and Eileen Campbell-Reed, an associate professor at Central Baptist Theological Seminary, Nashville, Tenn. In their five-year report on the project, they built on Dykstra’s concept that says pastoral imagination is “a capacity to see a situation of ministry in all its holy and relational depths, and to respond with wise and fitting judgment and action.”

The study includes a diverse group of participants from 10 theological schools throughout the country, including Luther. Every 18 to 24 months the participants gather in a retreat setting for an interview.

“[Over the last five years] we have witnessed noticeable shifts in the stories these ministers tell, the level of insight in the reflections they share, the way that they speak and even the way that they physically carry their bodies,” Campbell-Reed said. These shifts, she added, testify to each minister’s blossoming pastoral identity and imagination.

Maintaining participants’ anonymity is part of the LPI Project. Everyone in the study is assigned a pseudonym, so while Eve and Jim’s interaction is real, their names have been changed.

“We wanted to describe the realities of ministry today in all their richness and complexity, making the practice available for public reflection, but to do so we also needed to honor the confidentiality of the pastor-parishioner relationship,” Campbell-Reed said.

Scharen and Campbell-Reed say this study is important because the stakes of good and wise ministry are real.

“People in the pews already know this, deep in their bones—they’ve experienced it when a pastor has gotten it really right and seemed to know just what to do and say to help them in a moment of crisis, or to lead their congregation through a challenging period,” Scharen said. “Conversely, they may have experienced the damage that can be done, either personally or congregationally, when a pastor has gotten it really wrong.”

Scharen and Campbell-Reed say LPI’s research helps identify the factors that influence the development of healthy, wise pastoral practice. They hope such knowledge will equip church bodies like the ELCA to make space for learning and developing this capacity among all its ministers.

One of the project’s most important findings thus far, Scharen said, is that no one cultivates pastoral imagination on their own. “Over the last five years we have heard countless variations on this theme, emphasizing the importance of having a network of peers and mentors to help think through and make sense of ministry situations,” he said.

“We have also learned that, as the place where the rubber hits the road and this stuff gets real, congregations are crucial partners in this work. Whether a pastor has been ordained for three months, three years or three decades, the congregations they serve contribute to their ongoing growth in ministerial practice.”

Catrina Ciccone
Ciccone is a doctoral candidate at Luther Seminary, St. Paul, Minn., and the project assistant for the Learning Pastoral Imagination Project. Currently on leave from call, she is a member of Salem English Lutheran, Minneapolis.