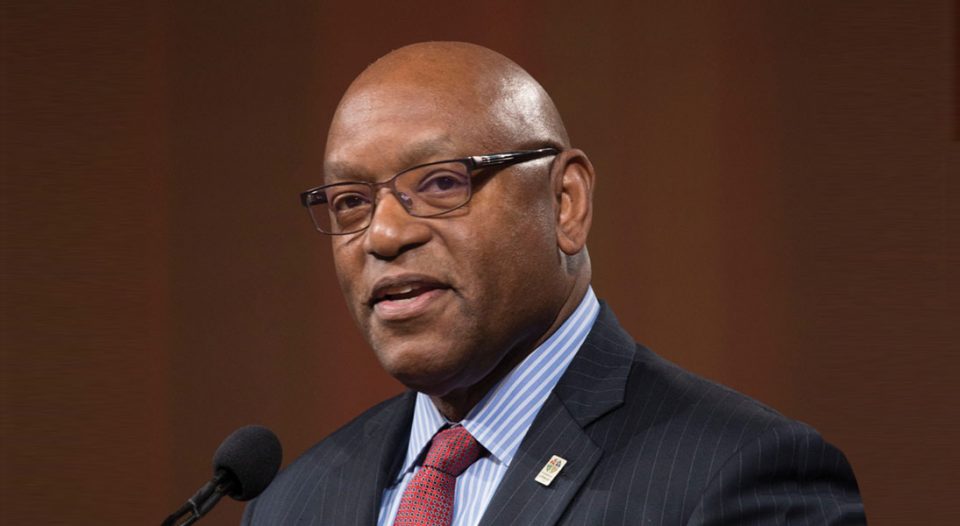 William B. Horne II was elected vice president of the ELCA during the 2016 ELCA Churchwide Assembly.

William B. Horne II was elected to a six-year term as ELCA vice president, the denomination’s highest lay office. The vice president chairs the Church Council, which meets twice a year to provide leadership for the ELCA between meetings of the Churchwide Assembly.

The field of several dozen candidates named on the first nominating ballot was narrowed in subsequent ballots to the final three.

Horne, 67, is a member of St. Paul Lutheran Church, Clearwater, Fla., where he has served as city manager since 2001. From 1972 to 1998, he was an Air Force officer. He is a graduate of the University of Tulsa (Okla.) and has graduate degrees in management and political science from Auburn University, Montgomery, Ala., and Pepperdine University, Malibu, Calif.

A Church Council member since 2009, Horne also serves on the ELCA Theological Education Advisory Council and on the National Forum for Black Public Administrators. He was formerly vice president of the Florida-Bahamas Synod.

Answering questions during the balloting, Horne said he wanted the Church Council to be able to balance the “spiritual side” of its work with the “task-oriented” aspect of church leadership.

Horne recalled how an ELCA Air Force chaplain invited his family to be part of a Lutheran worship service. Although they were the “only people of color in that small group, we felt we were an integral part of that group,” he said.

Saying he felt “called” to be the vice president, Horne added, “I believe I bring credible organizational experience both from my military career and my role as manager of a city of more than 100,000.”

Coming to the podium on his election, Horne told the assembly: “I never take anything like this for granted. I trust in the Holy Spirit, so I have nothing prepared to say. I love this church. I love you. We have a lot of work to do and I know our dedication and our commitment to each other and our hard work will make the ELCA what God intends it to be.”