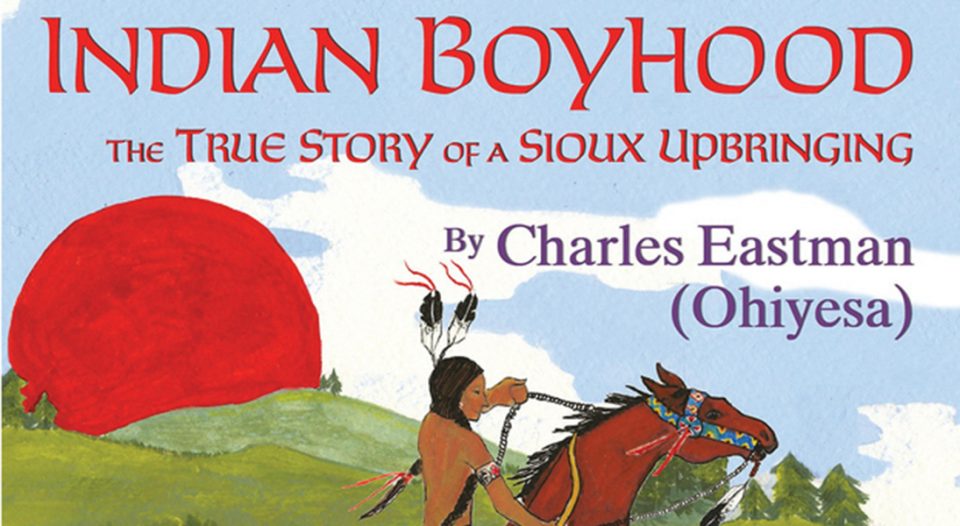 Indian Boyhood: The True Story of a Sioux Upbringing

Charles Eastman (Ohiyesa) was the first great Native American spokesperson, publishing 11 books from 1902 to 1918. He was born in a buffalo hide tepee in western Minnesota and lived until age 15 in the traditional Dakota Sioux way. Then he was transplanted into the white world where he became a doctor, caring for his own people after the Battle of Wounded Knee. He also was co-founder of the Boy Scouts of America.

Told in first person, Indian Boyhood includes wonderful details about Ohiyesa’s childhood and his preparation for life as a warrior and hunter. First published in 1902, the book is a classic in literature about Native Americans. It has now been edited for children by Michael Oren Fitzgerald. lllustrations by Heidi M. Rasch capture the colors and the atmosphere of Indian life on the plains.

This book introduces children of all backgrounds to a great Native American leader through the lens of childhood. It will appeal to any child who wonders what it would be like to grow up in a different culture. (Wisdom Tales, wisdomtalespress.com).

David Lowery’s inventive and emotionally touching remake of Disney’s 1977 fantasy film reminds us of the awe and wonder we can experience when we are out in the wilderness.

Young Pete has been living in the woods since his parents were killed in a car crash. His friend and protector is a large, green dragon he has named Elliott who is especially good at playing hide-and-seek since he can become invisible at will. This creature can also fly. In one incredible scene, Pete leaps off a cliff and Elliott swoops down and catches him before he hits the ground.

When Pete is found by a park ranger and taken into town, the dragon’s long-rumored existence is confirmed. Soon Elliott becomes the target of a hunt by some loggers who want to make money by displaying him. Meanwhile, Pete just wants to go home, even though he has become friends with the ranger’s daughter.

At one point, the ranger’s father tells her: “If you go through life only looking at what’s right in front of you, you will miss out on a whole lot.” He is conveying the key theme of this movie: There are mysteries all around us if we only have the eyes to see them (Walt Disney Pictures, PG – action, peril, brief language).

The Hour of Land: A Personal Topography of America’s National Parks

Award-winning author Terry Tempest Williams has been called a “citizen writer”—one who speaks out eloquently on behalf of an ethical stance toward life. She shows us how environmental issues are social issues that ultimately become matters of justice.

In this work she pays tribute to America’s national parks, which are visited by more than 300 million people every year. There are exquisitely written essays on the Grand Teton National Park, Gettysburg National Military Park, Gates of the Arctic National Park, Canyonlands National Park, Gulf Islands National Seashore, and seven other parks and monuments. You’ll want to read this book before you visit the parks, and it will inspire you to want to protect them.

Williams, who has always located the matrix of her spiritual life in the wild, reveals the ways in which we are renewed in public lands. In wild places we can discover a realm going beyond ourselves, even beyond our own species. The wilderness humbles us (Sarah Crichton Books, us.macmillan.com/books/9780374712266).