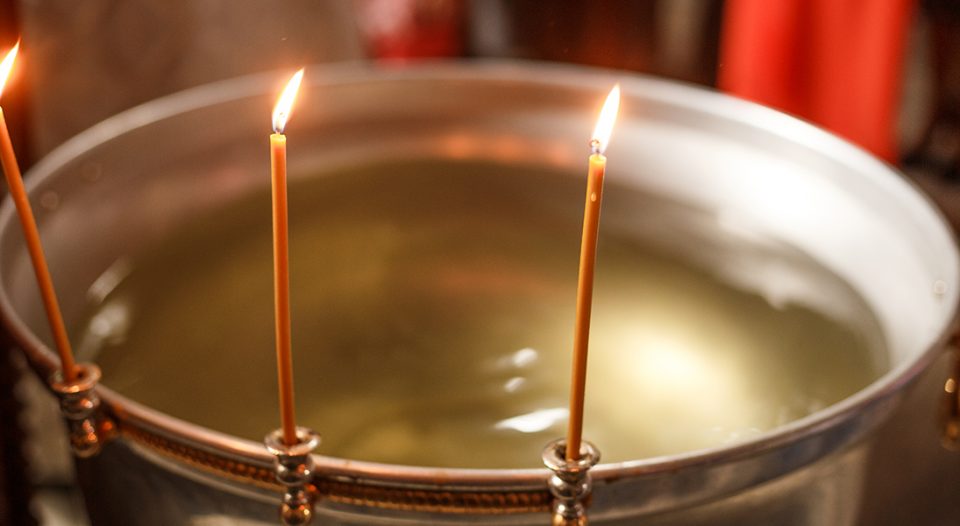 John 9 tells the story of Jesus healing a man “blind from birth.” No accident in life caused the blindness, no disease—he had been blind from the womb, unable to see his mother, his father or anyone who loved him from his first day of life. The blindness was ingrained, nothing that anyone at that time—or maybe even our own—could do anything about.

And Jesus gives him sight.

What’s more, Jesus says that the birth defect wasn’t a result of any sin by anyone. It just was. If there was anything notable about it, it was this: The man’s blindness would be used to reveal God’s glory.

This story amazes on at least two levels. First, if Jesus can heal those disabled from birth, what can he not do? And second, it takes a huge burden off of those who may feel guilt or shame for the state of their physical health. Sure, there are absolutely things we can and should do for the care of our body and soul. But Jesus isn’t interested in condemning us when it comes to the question of the degree of health to which we find ourselves and others in.

It’s not about blame. God will use it, all of it, for the glory of the kingdom.

Our youngest daughter was born with a health problem—a major health problem that would have killed her had it not been tended to right away in her infancy. I think of the story of her baptism every time I meet this text.

Katie was baptized in the way that the ancient church baptized. As we carried her to the font, we took all her clothes off. She was brought to the waters of grace as she was born—vulnerable, deeply in need of love and of clothing. Baptized into the name of the Father, the Son, and the Spirit, she was dressed—lovingly and carefully by her godparents, an uncle and aunt, into the dazzling white baptismal gown made for her by her grandmother.

It wasn’t until the next week that we found out the depth of Katie’s health problem. Her tiny body, held to the waters just for what it was, truly was broken. She was taken into the kingdom under the shadow of death without our knowing anything about it.

But then, Easter came—for us, the Monday after Easter. A faithful surgeon tended to Katie and gave us our daughter back. Her hair, which had been mottled and gray, turned bright as the sun. Her skin, which had been sallow and weak, shown with light.

Katie isn’t to blame for her physical problem any more than the man born blind was. Jesus isn’t in that business. Jesus is in the business of healing, of giving Easter, of giving life.

Jesus was a Palestinian Jew–not white