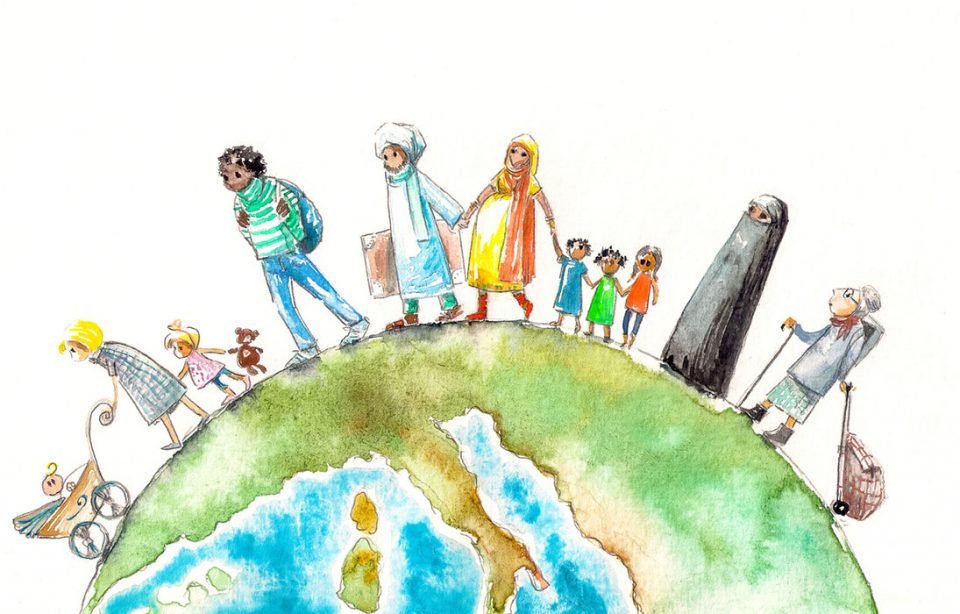 Shishmaref is a fishing village in Alaska that is on an island only 3 miles long and a quarter-mile wide in the Chuckchi Sea, just north of the Bering Strait. The village has 560 residents and one church, an ELCA congregation. The Rev. Thomas Richter is the pastor. It’s the type of place where nothing seems to change; for generations, the people have been hunting and fishing for food like their ancestors did. But slowly, and without the consent of the Alaskan Native Inupiaqs who live in Shishmaref, the island has been changing.

“Over the past 35 years, we’ve lost 2,500 to 3,000 feet of land to coastal erosion,” said 20-year-old Shishmaref native Esau Sinnok in a letter to the U.S. Department of the Interior. “In the past 15 years, we had to move 13 houses—including my dear grandma Edna’s house—from one end of the island to the other because of this loss of land. Within the next two decades, the whole island will erode completely.”

On Aug. 16, 2016, by a narrow majority of 11 votes, the residents of Shishmaref decided to move the village inland after homes began falling into the sea due to land erosion from the lack of barrier ice.

According to the United Nations, an estimated one person every second has been displaced by a natural disaster since 2009. From droughts in Somalia to floods in Pakistan and Superstorm Sandy in the United States, there isn’t a part of the world that hasn’t been affected by the extreme weather events and shifting climate patterns attributed to global warming.

In 2013, the ELCA Churchwide Assembly passed a memorial to evaluate investment in fossil fuels, saying, “The increase in trapped heat changes the climate, causing altered weather patterns. These changes in weather are already measurable. They range from multi-year droughts to extreme storms and flooding and rising sea levels.”

Lutheran churches and ministry partners around the world are reporting these experiences first-hand. The Evangelical Lutheran Church of Tanzania (ELCT) reports that herders are more mobile than ever before.

“Pastoralists [herders] are moving from one place to another in search of grass and water for their cattle, goats and sheep,” said M.W. Mallumbo, deputy general secretary for planning and development of the ELCT. “This has caused conflict between farmers and herders as they compete for scarce resources. Also, the children of herders cannot attend school because their families are always on the move, searching for grass and water for their herds.”

“The adverse effects of climate change here in [Central America] trigger the following chain reaction: After repeated crop losses, peasant farmers abandon their land and migrate to urban areas in search of new work to support themselves and their families. If they are unsuccessful in their efforts to establish a new livelihood, then they abandon their country of origin all together and emigrate to the U.S. via Mexico,” said Stephen Deal, a missionary serving as regional representative for ELCA Global Mission in Central America.

“There is such an interdependency between people and the environment that it forces people to change their movement and migration patterns,” said Ruth Ivory-Moore, ELCA Advocacy program director for environment and energy. “Climate change tends to disproportionately affect the most vulnerable. They are the least well equipped to deal with it.”

For Sinnok in Shishmaref, climate change is very real.

“Climate change is affecting the Arctic more than other places in the world,” Sinnok said. “It is not just a political issue to me. It’s my future.”

Read part one in the series.