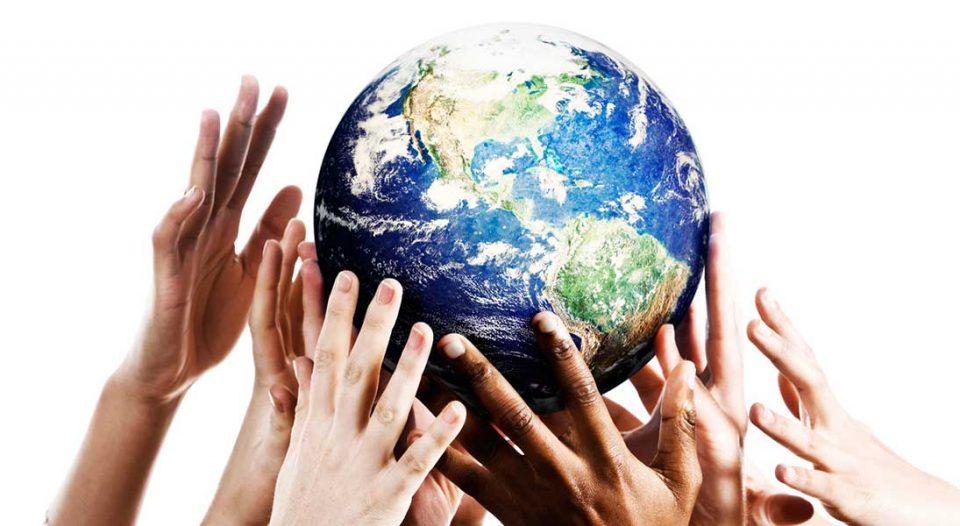 In honor of Earth Day on April 22, Living Lutheran is featuring a weekly series of blogs exploring different facets of caring for creation throughout the month of April.

In February 2015, Jim Inhofe, a senator from Oklahoma, threw a snowball on the U.S. Senate floor in an effort to prove that global warming is a hoax.

It infuriated scientists like Julie Brigham-Grette, a professor of geology and the department head of geosciences at the University of Massachusetts, who has been studying melting sea ice in the arctic for the last 30 years.

“That’s not what we’re talking about. That’s weather,” Brigham-Grette said.  “Climate is what temperature and precipitation [are] doing over decades; it’s the long-term trend.”

Brigham-Grette, a member of Immanuel Lutheran Church in Amherst, Mass., has been visiting the Chukchi Sea off the coast of northern Alaska since 1978. What she’s seen there confirms the scientific findings of NASA, the U.S. Environmental Protection Agency, the United Nations and the Intergovernmental Panel on Climate Change. The world is getting warmer over time, with 2016 being the warmest year the planet has ever had.

“I used to get stuck in sea ice in a small boat, but now the places where I go to do field work, there isn’t any sea ice,” Brigham-Grette said. “In 2001, we hired an ice-breaker. It felt funny because there wasn’t any sea ice to break. That’s well within my lifetime this has happened.”

She warns that melting sea ice is more than just a concern for polar bears. It affects the planet’s ability to cool itself.

“If we lose the whiteness of the arctic because of the loss of sea ice, we move from a white surface that reflects the sun’s energy back into space to a dark surface that absorbs the sun’s heat into the ocean,” Brigham-Grette said, explaining why ocean temperatures have risen and sea levels continue to rise as more sea ice melts.

“Sea ice actually helps cool the planet and balance the energy of the planet. We have all of this tropical heat, and the ocean and atmosphere move it toward the poles to move the heat out.”

Brigham-Grette is one of many Lutherans leading discussions on the ELCA’s “Caring for Creation: Vision, Hope, and Justice” social statement within their congregations.

“If we look at parables in the Bible, they are pretty clear that when people don’t take care of things, there are consequences,” Brigham-Grette said. “Like I tell my middle school confirmation students, we have to handle our bad choices and make corrections when we make bad choices.”

The ELCA’s “Caring for Creation” social statement, published in 1993, acknowledges that “dangerous global warming, caused by the buildup of greenhouse gases, especially carbon dioxide” is “widespread and serious, according to the preponderance of evidence from scientists worldwide.”

It also states, “When we face today’s crisis, we do not despair. We act.” Through the social statement, the ELCA commits as individuals to tithe environmentally, as worshiping communities to educate and be aware of the state of creation, and as a community at large to advocate on behalf of God’s creation in both private and public sectors.

“Christian concern of the environment is shaped by God’s word and spoken to creation in Genesis 1. Made in the image of God, we are called to care for the earth as God cares for the earth,” said Ruth Ivory-Moore, ELCA Advocacy program director for environment and energy.

“Individuals are right when they think they can do little as individuals. Collectively, however, we can solve this problem,” said Jeff Elliot, pastor of Cape May Lutheran Church in Cape May, N.J.

When Elliot first proposed putting solar panels on their church to reduce carbon dioxide emissions from coal-fired power plants, many congregants opposed it, even though it would give them free electricity for 25 years. It took a month of listening sessions and consensus building for the congregation to agree that solar panels were a good idea.

“It will take every one of us. We have to make converts through the power of reason and common sense,” Elliot said. “No one can be left behind.”

To learn ways your congregation can be involved with “Caring for Creation,” view these resources.