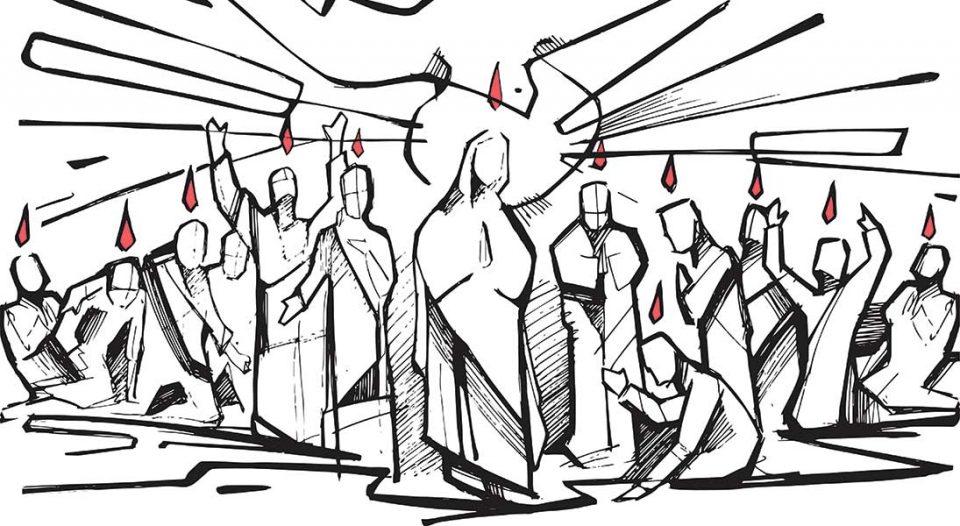 A few years ago, advertiser-turned-pastor Shane Hipps juxtaposed two stories about cellphones. In one story, he and his brother sped from the airport toward their dying mother. Cellphones allowed them to say their goodbyes in case they couldn’t reach her bedside in time. In the other story, two good friends who talked daily lamented that they hadn’t seen each other in person in months. They lived on the same block!

To borrow the question at the center of Pentecost (and later found in Martin Luther’s Small Catechism), what does this mean?

Technology has power to both bring us together and push us apart. The Protestant Reformation, fueled by the printing press, illustrates this. The proliferation of books and ideas both divided Christendom and united congregations in study and song. Today the internet flexes unprecedented muscle that simultaneously unites and alienates. Faithful use of innovative technology remains a tricky question of Christian stewardship.

Pentecost completes a beautiful framework for thinking about this by opening a new window into God’s identity. Pentecost is Easter gone viral. The Spirit of the risen Jesus is unleashed on a growing community with a capacity of scale far beyond that of one rabbi.

Paul wrote to the church: “Now you (read: y’all) are the body of Christ and individually members of it”  (1 Corinthians 12:27). What does this mean? Among other things, it means that Christ’s presence in the world is now a network rather than a single face. Incarnation expands to “in every nation.” Jesus’ reach increases exponentially—as if from hand- copied books to high-speed internet.

Which is better: Jesus or the Spirit? Silly question. Our wise and generous God gives us both. Nothing can replace the concentrated power of incarnation—the joy of being together in person, the intimacy of face to face. Nothing can replace the broad power of Pentecost—the multilingual, worldwide church united in Christ and catalyzed by his Spirit, who is everywhere at all times.

What does this mean? God goes to any and every length to reach our world with love and life.

Day of Pentecost in the ELCA

Happy birthday! In celebration of Pentecost