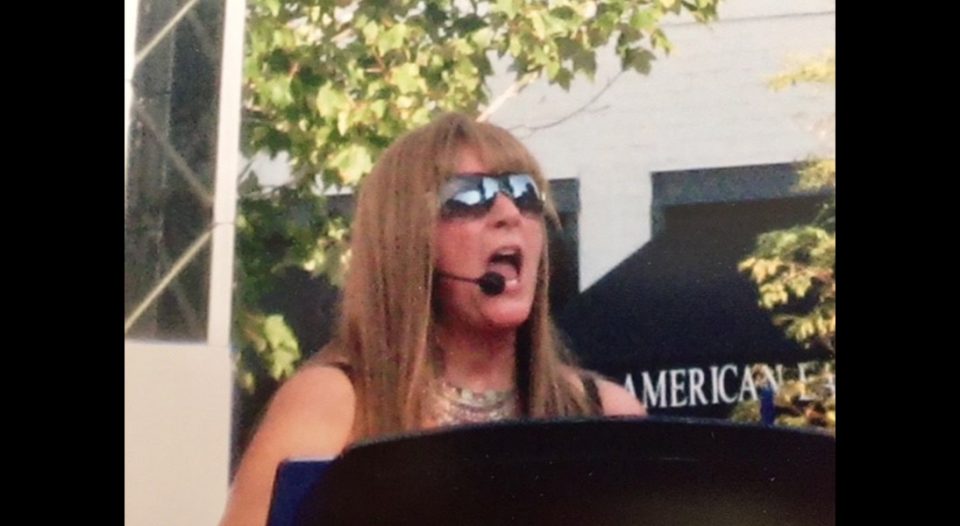 As a self-identified “liturgical ‘Weird Al’ Yankovic,” Cindy Strieter might likely be the Lutheran equivalent to song parody writing.

In her 12 years of translating songs for her congregation, Prince of Peace Lutheran in Westlake, Ohio, she estimates she has parodied up to 20 songs a year totaling several hundred. Among them, she counts “Happy” by Pharrell Williams (rewritten as a Psalm), a musical parody of the diary of Adam and Eve, and a Passion rock opera created from modern, contemporary music.

“My job is to support the word and I want the songs to fit and the worship service to flow,” said Strieter, a pediatrician by day and worship educator for her congregation. “I often take secular songs and put them to lyrics for worship.”

For the 500th anniversary of the Reformation, Strieter has pulled out of her archives an oldie-but-goodie whose chorus’ lyric rhythm, when spoken, may seem familiar to those who know the American pop song landscape:

My, my, this here Lutheran guy
May be famous, but he’s dangerous,
And a thorn in our side.
Them good old boys at the Vatican cried, saying, “Just recant or you will be tried.” He said, “Here I stand, I won’t be denied.”

Originally written by Don Henley and later rerecorded by Madonna, Strieter took the tune for “American Pie” and rewrote it about eight years ago as a gift to her church’s confirmation classes. It was a way to help them learn Martin Luther’s story a little easier. “Teenagers don’t like memorizing facts,” she said. “But they have no trouble with song lyrics.”

Writing song parodies has been on Strieter’s list of talents for some time. She started writing them in high school, with a musical history of the world being one of her firsts.
As a contemporary music director, she studied piano as a kid and is self-taught on the guitar and harmonica. This musical talent, she said, helps her hear a song on the radio and easily switch up the lyrics—usually.

“ ‘Lutheran Guy’ had to be researched and fit within the song. I did my due diligence,” she joked. “It took a week to write. Usually it takes only a few hours.”

Her musical skills have not only paid off for helping high school students learn their Lutheran history, but also have become appreciated by a greater audience. In particular, her pastor, Sherman Bishop, likes the parodies because it makes church unique and fits within the reading of the day or other worship components.

“Liturgy is often called ‘the work of the people.’ That means it has to ‘work for the people,’ ” Bishop said. “Cindy’s gifts with lyrics is always done with attention to the themes we establish for worship and the core message of the Scriptures that guide us. It helps the worshipers make the connection between the faith we proclaim and the life she or he is called to lead.”

Among the songs she has reworked for worship is Linkin Park’s “Shadow of the Day,” which was used as a tune for the words of institution and was part of the congregation’s Passion Rock Opera, now used during Lent.

If your congregation chooses to incorporate the Lutheran Guy lyrics in your commemoration, you’re invited and encouraged to share photos with ELCA500 on the ELCA500 Facebook page or via 500@elca.org.