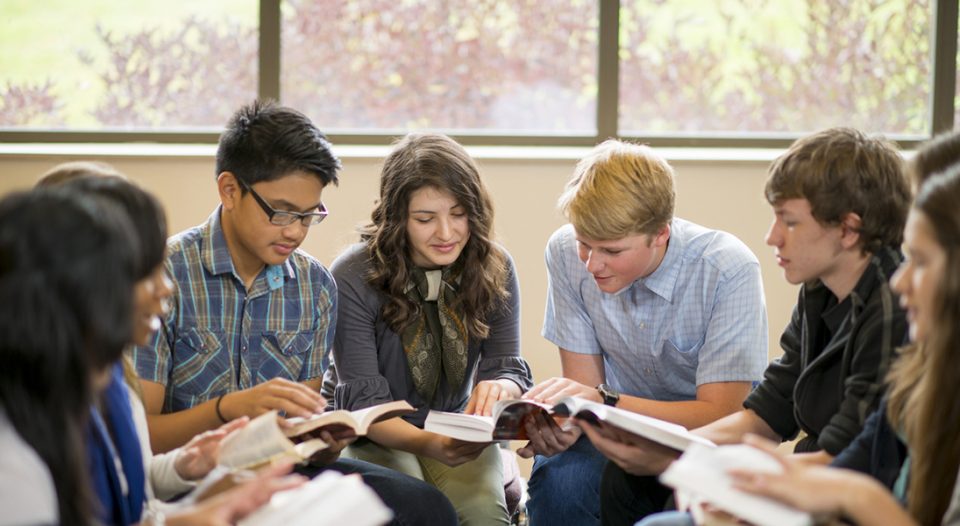 Editor’s note: This entry is the third of a multipart series on white fragility. Read the introduction here and part two here. Every other Tuesday through mid-May, look for new posts from Martin Zimmann on this topic.

My class is in a delicate place right now. We’re working through Between the World and Me by Ta-Nehisi Coates and The Cross and the Lynching Tree by the Rev. Dr. James Cone. When I assigned these texts, I was unaware how well they would work together to lift the veil of white privilege from our eyes and leave us contemplating our personal and collective narratives.

The most painful truth we’ve realized is that because we identify as white people, we compromise the revolutionary and liberating message of the gospel to maintain our comfort zones and the white hegemonic status quo. In other words, people of color read the words of Jesus in a manner utterly different than most white Lutherans. It is quite possible we are in danger of recreating God in our own image, according to our cultural agendas and sense of entitlement.

If we say we have no sin, we deceive ourselves, and the truth is not in us.

This is precisely what we are doing through the nostalgic lens of our national narrative. We’ve deceived ourselves with the Doctrine of Discovery, which was refuted via memorial at the 2016 ELCA Churchwide Assembly. We’ve ignored the sobering fact that many of our national icons were built with slave labor, including the White House and Capitol. Lastly, those of us who identify as white are completely (and perhaps willfully) ignorant of the legacy of lynch mobs and continued violence against people of African descent.

The burden of what we have left undone has created a sense of despondency in the confines of our cyber classroom—how do we begin to redress the wrongs, to address the white fragility in our congregations? How do we discuss white privilege without invoking hostility and defensiveness?

One of my students is Sean Ewbank, an ELCA pastor serving as the director of evangelical mission of the Southeast Michigan Synod. In his previous call he served a parish in an affluent area. According to Ewbank, the best way to raise awareness of white privilege is by working with Lutheran youth.

The teens in Ewbank’s former youth group were unwitting recipients of white privilege. They led sheltered lives, but they were fed at the table of grace and taught about the compassion of Christ and his affinity for the poor and disenfranchised. When they began to ask about the poverty and crime in the nearby city, Ewbank invited a police officer from their congregation to speak with them. While maintaining privacy, the officer shared convictions and court decisions from local arrests related to drugs. The youth were dismayed to discover that the color of one’s skin and one’s address determined the severity of the court’s ruling. What they found was that teens of color were harshly reprimanded, even incarcerated, while most white teens got juvenile probation and community service. In that moment, the veil was lifted; they learned the ramifications of real estate redlining. Then they told their parents.

In a perfect world, this would have been a catalyst toward action. Some parents spoke to Ewbank—most were as shocked and dismayed as their kids. Ewbank related to our class that while no radical change occurred in the overall tenor of the congregation’s mission, he hopes and prays seeds were planted in the hearts of those who were willing to receive the truth of the inequity in their midst.

Perhaps this is what we dare to hope—that through our pastoral and diaconal relationships, the rostered leaders of the ELCA can walk with congregations to a new understanding of ourselves. We could dream a better dream than the one that exploits bodies of color for the sake of white dominance. As Coates states succinctly, “Once, the Dream’s parameters were caged by technology and by the limits of horsepower and wind. But the Dreamers have improved themselves, and the damming of seas for voltage, the extraction of coal, the transmuting of oil into food, have enabled an expansion in plunder with no known precedent. And this revolution has freed the Dreamers to plunder not just the bodies of humans but the body of the Earth itself.”

If we who identify as white are to be labeled as “Dreamers,” then let us have the audacity to dream of God’s kingdom in its fullness, where people are no longer placed in a hierarchy according to the hue of their skin, but rather all are lifted up as part of God’s varied splendor in creation.