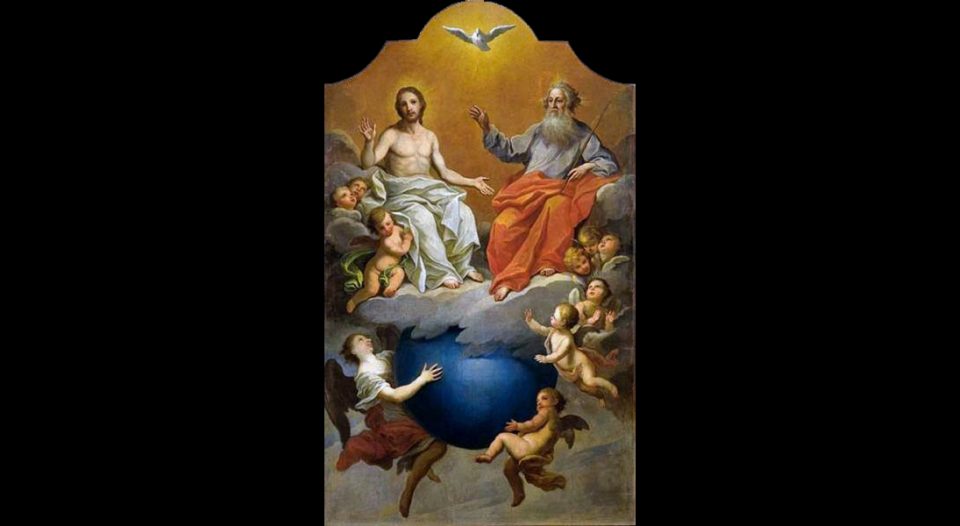 In Soul on Ice, Eldridge Cleaver tells a story about his first encounter with Christianity. It went something like this: He was taking a community college religion class while serving time in Soledad Prison. He remembered being asked to come up with an explanation of the Trinity. He studied his textbook, and the Bible and, after considerable thinking on the subject, he had an idea – one he was frankly quite excited about. He thought he had come up with a way to explain the Trinity – something Christianity has been searching for. Then he got to class. The teacher, a local minister, asked if anyone could explain the Trinity. Several people raised their hands, Cleaver included.

The minister/teacher pointed to first one, then another. After each one spoke, the learned professor said, “Wrong, that’s heresy, sit down.” Before Cleaver had a chance to speak, the minister stopped taking answers and said, “Your wrong answers have made my point: It’s impossible to explain the Trinity without getting it wrong.” Cleaver wrote that he was glad he had not been called on. He had become certain that his comparison of God to 3-in-One Oil would not have been well-received.

The teacher was unnecessarily dismissive of his students—he was also right. Explaining the Trinity is almost impossible.

The most common way most of us think about it and try to explain it is, as the man said, wrong and a heresy. It’s called modalism and it goes like this:

There is one God, whom we experience in three ways, or “modes”—Father, Son and Holy Spirit.

For example: I, Delmer Chilton, am one individual—but I have a variety of relationships to others, several “modes,” “roles,” and/or “person-alities.”

Just in terms of family: to my wife, I am “husband;” to my sons, I am “father;” to my siblings, I am “brother.” “Delmer in three persons, unholy trinity.” Makes sense, right? Sort of—but it’s wrong! And a heresy!

I am reminded of my daddy’s sister, Aunt Mildred. She talked on the phone with her friends a lot, a whole lot, almost all the time actually. The family joke was that Mildred ended every conversation by saying, “I would tell you more, but I already told you more than I heard myself.”

Most of our efforts to explain the Trinity end up like that—saying more than we heard, or know, or can know, about the inner workings of the life of God.

Our Scripture lessons tell us some things about God, utilizing a trinitarian understanding of the nature of God without actually using the word “trinity.”

Isaiah contains the line, “Holy, holy, holy,” which can be understood as a reference to the Trinity—if one is so inclined.

Most of our efforts to explain the Trinity end up like that—saying more than we heard, or know, or can know, about the inner workings of the life of God.

The writer of Romans refers to our crying out to God with the words “Abba, Father” and to a believer being a “joint heir with Christ,” which is an allusion to Jesus the Christ being the heir because he is the “Son of God,” and to the “Spirit of God” letting us know that we are children of God. So, we have “Father,” and “Son” and “Spirit” but no actual definition of how these three “persons” work together to be one God.

And our reading from John’s Gospel contains Jesus’ famous conversation with Nicodemus—with language about being “born from above,” (from a parental God) and “born of water and the Spirit,” and “For God so loved the world that he gave his only Son.” While there are three “persons” here, nowhere do we find the word “trinity” or any explanation of how God is both three and one at the same time.

Often, we are tempted to be like Aunt Mildred, saying more than we heard ourselves. We are not required either to figure out the Trinity nor to explain it. Rather than spending a lot of time on philosophical speculation about the nature of the Trinity, we would be better served to meditate upon and pray about the doctrine of the Trinity’s lessons for living the Christian life.

For example, the doctrine of the Trinity teaches us that even God exists in community, in a family so to speak, a family of equals who share one calling, and one goal, and one life—while existing within that community, that family, as unique individuals who are stronger together than they could ever be apart.

If God as Trinity, as “God in three persons,” is like that, what does that say to us about our life as Christians, our life as the church? If we are made in the image of God (and the Bible says we are), and if God needs community (and the Bible says God does), then we need community too; we need and are a community that is called together to move in the same general direction, to love one another, and to serve the world – in imitation of, as the image of, the Holy Trinity, God in three persons, in the world.

And there is absolutely nothing wrong or heretical about that.