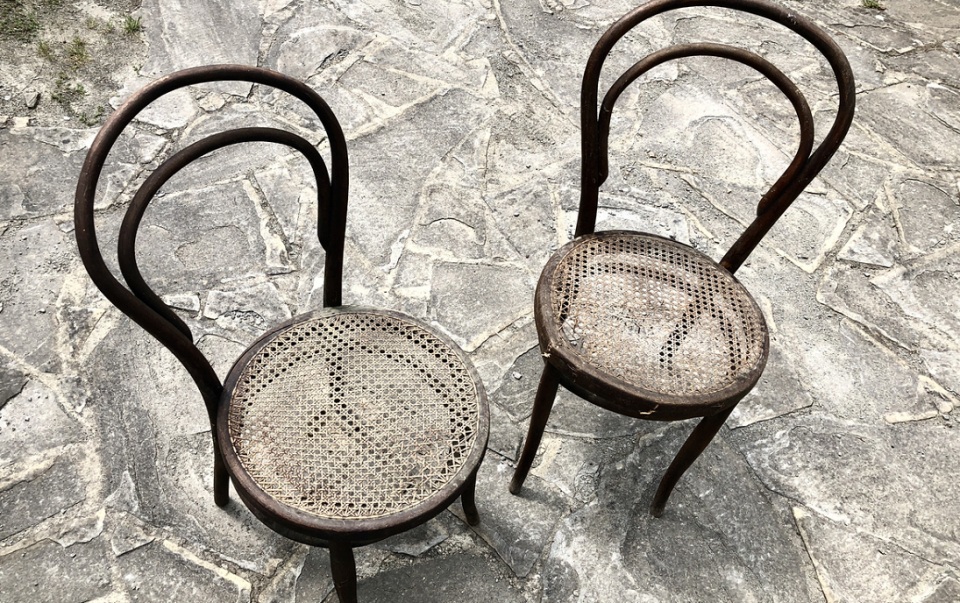 Paul Harvey had a long-running radio program called The Rest of the Story. It was always fun to listen to. He would tell, in somewhat breathless fashion, little known facts about some historical event or person, withholding identifying information until the end when he would say something like, “… and that little boy grew up to be Abraham Lincoln! And now (breathless pause) you know the rest of the story.”

Our Gospel lesson has a “rest of the story” feel to it. It starts out talking about Jesus and about how people are wondering who Jesus is. They are speculating that he is Elijah. This is not a random name—according to 2 Kings, Elijah did not die but was taken into heaven in a whirlwind after the appearance of “chariots of fire,” so maybe he has come back. Or maybe he was another of the prophets, resurrected and sent to preach to Israel? King Herod leaps to an interesting, guilt-driven, tell-tale heart conclusion—”It’s John the Baptist, whom I beheaded.” Mark then shifts and tells us “the rest of the story.”

There’s more. Herodias had a daughter. Jewish historian Josephus tells us she was named Salome. She’s the one dancing in the story, and she was 1) Herod Antipas’s niece, 2) Herod Antipas’ brother Herod Philip’s daughter and 3) eventually she became Herod Antipas’ sister-in-law by marrying one of his half-brothers—Herod Philip II. Wow—that feels like an episode of The Jerry Springer Show doesn’t it?

Into the midst of all this mess, John the Baptist came preaching. He called Herod and Herodias by name. He lambasted them on issues of morality and leadership. He pointed out where Herod had failed to be a good king—politically and in his personal life. Herod’s wife, Herodias, reacted with fury; she wants John executed. Herod reacts cautiously. On the one hand, he does have John arrested and put in jail, but on the other hand, he protects him from his wife’s revenge, being more afraid of John than he is of his wife. As the text says, “Herod feared John, knowing that he was a righteous and holy man, and he protected him. When he heard him, he was greatly perplexed; and yet he liked to listen to him” (Mark 6:20).

Herod is probably thinking something like: “What if John is right? What if I do need to repent? What if God is real and is really displeased with the way I am leading my life?

Herod is the central figure in this tale. He is a perplexed seeker, a dabbler in the mysteries of God. He believes just enough to keep himself awake at night but not enough to change his way of living. He fears doing the wrong thing, but he hasn’t enough moral will to do the right thing.

He stands on the precipice of disaster, the way of moral ruin yawning wide in front of him. But he does not plunge in; he teeters there, barely holding on to his dignity and his sense of right and wrong. He does not love God, but at least he fears God’s prophet and God’s judgment. He is unwilling to embrace the call to repentance and discipleship—but he is not ready to turn his back upon it either.

Herod is the central figure in this tale. He is a perplexed seeker, a dabbler in the mysteries of God. He believes just enough to keep himself awake at night but not enough to change his way of living. He fears doing the wrong thing, but he hasn’t enough moral will to do the right thing.

And then comes the fateful day. Herod throws a party with lots of important and influential people as his guests. A lot of food is eaten; a lot of wine is drunk. Salome dances. Men leer and cheer. Herod shows off by promising to reward her with “anything she wants.”

His wife seizes the moment. “Ask for John’s head!” And the perplexed Herod is befuddled and overwhelmed once more. He can’t back down; he’s already promised. How would it look? He falls off the cliff; he loses what little moral compass he has left—he orders John murdered and his head brought to Salome on a platter. Then, some months later, Jesus comes along, preaching repentance and forgiveness and the kingdom of God. Intense guilt and remorse strike at Herod’s heart and his withered, fearful soul screams out, “It’s John the Baptist, whom I beheaded!”

Opera singer Luciano Pavarotti often told a story about taking voice lessons while also attending teacher’s college. At graduation, he said to his father, “What shall I do, be a singer or a teacher?”

At this point Paul Harvey would say, “And now, you know the rest of the story,” but we don’t really do we? Herod’s story has ended—ours is still going on. Every day the world presents us with a hundred ways, both big and small, that we can serve ourselves instead of serving others.

We are constantly confronted with a metaphorical choice between chairs, and we must decide in which chair we are going to sit. Amid perplexity and confusion, the noise and distraction of many voices telling us what we can and should do, we are invited to listen for the “righteous and holy” voice of God. When we hear that voice calling us to repentance, forgiveness, joy, love and a life of service, that is when the rest of our story begins.