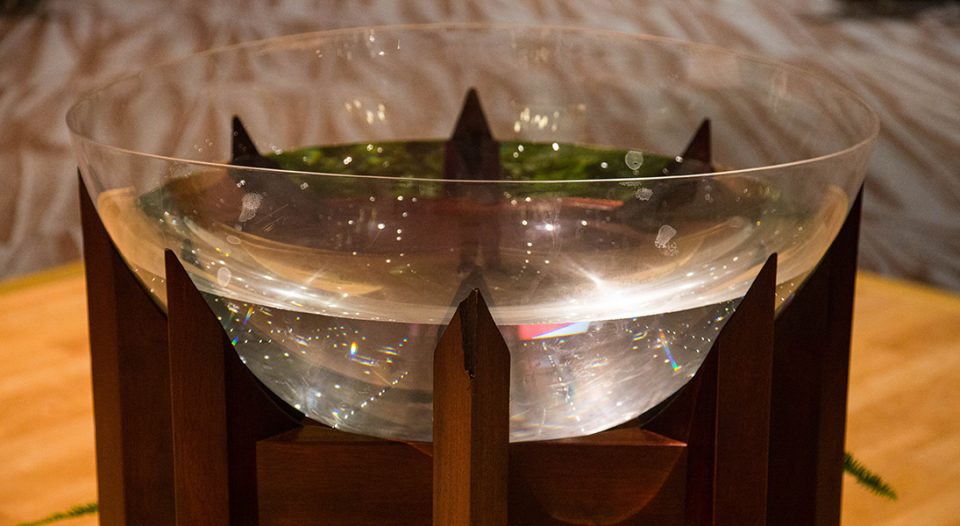 Our names—and the stories behind them—matter.

Since I moved to the United States, my naming story has never been more important to me. My name carries the story of my family and of my people as a nation, which was colonized several times. My name, Teresita, given by my grandfather, was influenced by the first colonizers of the Philippines.

My name and naming story is a gift and a journey.

When my spouse, Jennifer, and I were preparing to name our first child, we fell in love with the word “Talna” when we saw it on a banner hanging in a beautiful cathedral in a city on top of a mountain. Talna means “peace” in one of the languages of the Philippines.

Although we didn’t know our baby’s gender, we planned to name it Talna Eileen, including my mother-in-law’s name to honor her and all women in our families. We loved this name and couldn’t imagine another.

To our surprise, we had a boy—and we had no boy’s name picked! We couldn’t think of a good name for our strong baby boy right away. We wanted a name with a story that he would carry with both pride and inspiration, something we hoped he could live up to. We wanted a name that would make him resilient and powerful amid the broken world we live in—where power is mostly understood in guns and violence, money and greed, where masculinity is measured by how one dominates others, where one can be judged by the sound of their name, skin color, gender, sexuality and class.

When our son was 4 days old, we finally selected his precious name. Jennifer wrote about the meaning of our son’s name, which we shared at his baptism:

He is named after a unique and beautiful place in the Philippines, Taal. It is a huge, prehistoric volcano enclosing a lake, which holds a second active volcano on an island enclosing a second lake. Tita and I visited Taal during our visit to the Philippines in 2009 and hiked to the inner volcano lake with Tita’s family. The name inspires memories of the beauty and power of creation. Taal is the strength and power of the earth and hidden fire, and the serenity and life-giving power of the lake waters.

Now Taal (pronounced Tah-ahl) is almost 5 years old, and he is certainly living up to his name. He is full of life and intensity, curiosity and determination, sensitivity and depth. He proudly pronounces his name to others with that unique glottal stop between the two syllables.

Our son’s name is powerful, and our son’s name carries powerful stories—the liberation of his two mothers, two cultures to celebrate and embrace.

But what is most powerful is what happened on the day Taal was baptized. On the day of his baptism, Taal was reborn, renamed as a child of God and made a member of the church, the body of Christ.

We tell Taal his naming story, but most importantly, we tell him his baptismal story. In the end, it’s not his name that I want Taal to live up to. I want him to remember the promise and grace given by God to him in baptism.

Teresita Valeriano
Teresita "Tita" Valeriano is an ELCA pastor and director for evangelical mission/assistant to the bishop with the ELCA Sierra Pacific Synod.