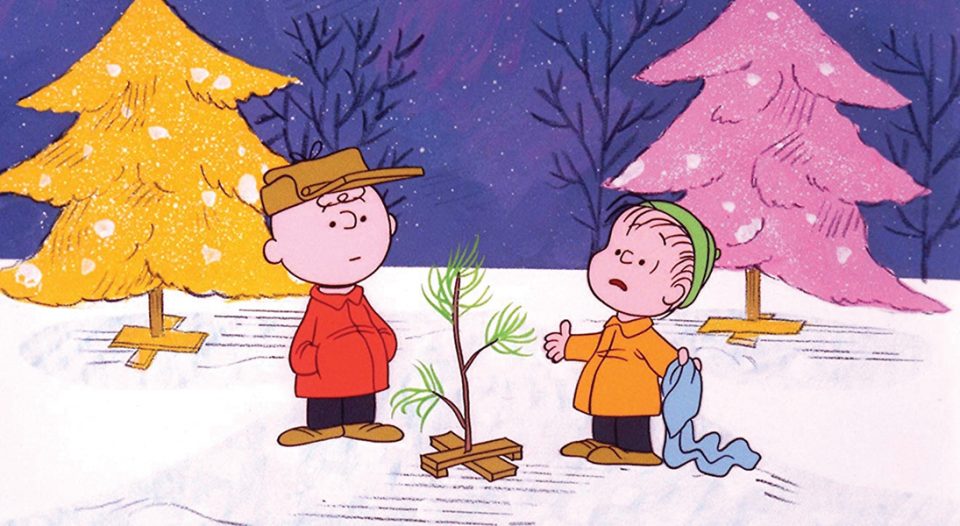 Advent and Christmas are filled with traditions that bring us together and help tell the story of our faith. For many of us, one such tradition is watching popular films like It’s a Wonderful Life (1946) or A Christmas Story (1983). While we may not think of movie-watching as a faith practice, the incarnation reminds us that God has shared with us the whole of human experience—and human stories of all kinds can offer parables of God’s presence in the world. Here are four things I’ve learned about faith from holiday movies.

1. The holiness is in the mess.
The best-laid plans of Christmas films often go awry. Clark Griswold’s “old-fashioned family Christmas” in National Lampoon’s Christmas Vacation (1989) is filled with squabbling relatives and house-decorating disasters. In A Charlie Brown Christmas (1965), Charlie Brown’s hopes for a Christmas without commercialism seem as fragile as the tiny sapling he chooses for a Christmas tree. Films like these gently poke at what Lutheran theologian Dietrich Bonhoeffer called the “human wish dream,” the illusion that people can create a perfect community (or a perfect holiday). When this wish dream is punctured, however, perfection gives way to reality, and grace shines brightly through the cracks.

2. The stuff isn’t the point.
A Christmas Story centers on young Ralphie’s longing for the perfect gift: a BB gun. It’s a Wonderful Life brings George Bailey to a crisis point over a missing $8,000. How the Grinch Stole Christmas (1966, 2000 live-action remake, new 2018 version) finds the Grinch plotting to steal every package, ornament and foodstuff in Whoville. Yet Christmas comes anyway, even to the Grinch. George recognizes the abundance in his life, and his neighbors come together to replace what was lost. Ralphie goes to sleep with his new toy cradled in his arms, but his memories are the true gift. The meaning of Christmas is revealed in relationships, in community and in generosity.

The meaning of Christmas is revealed in relationships, in community and in generosity.

3. It’s never too late for grace.
This lesson is famously learned by Ebenezer Scrooge in A Christmas Carol, with wide-ranging filmed adaptations of Charles Dickens’ story that include Muppet and Disney versions as well as Scrooged (1988). Scrooge appears to be a hard-hearted lost cause, but a critical reflection on his past, present and future leads him to repentance and frees him to live in joyful generosity. The grace extended to Scrooge also brings new life to others—in other words, “God bless us, everyone.”

4. Love shows up when it’s hard.
Many people face the holidays without a simple “happily ever after.” In The Family Stone (2005), a family’s dysfunctional Christmas becomes a time to come to terms with their mother’s terminal breast cancer. The intersecting stories of the characters in Love Actually (2003) contain grief, loss and betrayal. Still, Love Actually declares that “at Christmas you tell the truth,” and the truth is that “love actually is all around.” It is this love that was born at Christmas; this love that went to the cross; and this love that brings hope to our lives today.