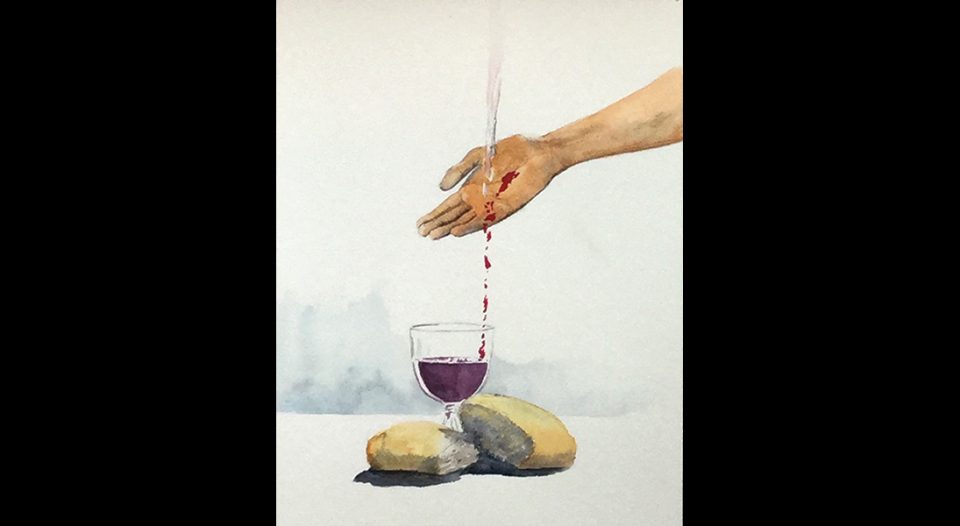 Editor’s note: As Lutherans, grace is at the heart of our faith understanding. But what does it look like to actually live out grace? In this series, we will explore what grace means and what it looks like to tangibly experience grace in action.

What do 355 ELCA congregations in 41 states have in common? They are all named Grace Lutheran Church—or Amazing Grace, Living Grace or another variation. The Word and Sacraments of worship are themselves “means of grace.” But what is grace, exactly? When we talk about grace, what do we mean? How do we recognize grace in our lives and in the world?

We asked Lutherans in three ELCA social media groups to share their definitions of grace. Many recalled helpful acronyms they had learned or taught in Sunday School or Confirmation—like “God’s Riches At Christ’s Expense,” shared by Michael Stadie, director of Lutheran Disaster Response. In that spirit, here we consider five primary aspects of grace.

Martin Luther’s emphasis on grace as a free gift is rooted in scripture: “for by grace you have been saved through faith, and this is not your own doing; it is the gift of God—not the result of works, so that no one may boast” (Ephesians 2:8-9). But what kind of a gift is grace?

Some Lutherans equate grace to God’s love, forgiveness or acceptance. Others focus on grace not as a single gift but as “the sheer givenness of all things,” as Bill Uetricht (pastor of First Evangelical, Muskegon, Mich.) wrote. Grace is also a relationship—as Paul Christ (a pastor of Messiah, Hickory, N.C.) pointed out by quoting his granddaughter’s Confirmation essay: “Our dog became a part of our family. She did nothing to earn it; we chose her—just like we can’t do anything to earn God’s love.”

2. Grace as a renewable resource

Debbie Johnson (pastor of St. Timothy, Geneseo, N.Y.) wrote, “God’s hands are always open to us.” Although Christian baptism is once and for all, Luther spoke of the baptized life in Christ as a daily dying and rising, recognizing grace as something we need and receive from God both now and always, over and over. As Anne Tracy Carlson (San Jose, Calif.) wrote, “Grace is that amazing moment when I see that God is always here.”

“Grace is the undeserved, freely given, unable to be earned, abundant love of God—and it’s for everyone!”

3. Grace as an approach to life

Dietrich Bonhoeffer, the German Lutheran pastor who lost his life for his resistance to the Nazi regime, watched fellow Christians praise God’s grace while absolving themselves from any responsibility to stand against Hitler’s evil. In The Cost of Discipleship, Bonhoeffer calls this “cheap grace” and pleads for Christians to embrace the “costly grace” that leads to discipleship: “Such grace is costly because it calls us to follow, and it is grace because it calls us to follow Jesus Christ.” It is not only what grace is that matters but also what grace does—how grace transforms our approach to life.

Matthew Blancett (Chicago, Ill.) wrote that grace is having “the wisdom of a child: living so present in this moment that one forgets to fear the self, others, or the world … [it is] living liberation from fear and lack.” Likewise, for Robert Saler (Cross of Grace, New Palestine, Ind.), grace is “to know that you will go to the foot of the cross carrying nothing but the need for forgiveness, and to live backwards from that moment.”

4. Grace as a Christian calling

Both Luther and Bonhoeffer saw grace as connected to daily life through the baptismal calling to contribute to the work of the body of Christ. Suzannah Porter (St. Luke’s Church on the Avenue, Baltimore, Md.) described how her congregation’s Reconciling in Christ committee considered their calling to embody the grace expressed through Christ’s “radical inclusivity at the table, the hospitality of holding space for us even when we don’t deserve it and walking alongside [others] instead of in front or behind them.”

Grace is meant to be shared, not hoarded. Heather Apel (McCordsville, Ind.) wrote, “Grace is the undeserved, freely given, unable to be earned, abundant love of God—and it’s for everyone!” Evangelism is the sharing of good news, and God’s grace in Christ is good news for all: “Indeed, God did not send the Son into the world to condemn the world, but in order that the world might be saved through him” (John 3:17). As Paulette Alderfer (Woodstock, Ga.) put it, grace is “God’s object lesson that love wins.”

Each of these aspects offers one way to think about grace, yet the fullness of grace always extends beyond what we know and understand. Theologian Frederick Buechner imagined grace as God saying to us, “Here is the world. Beautiful and terrible things will happen. Don’t be afraid. I am with you.” Perhaps grace is as simple—and profound—as that.

Next: In February, this series will highlight the Lutheran organization RenconcilingWorks and the ways in which grace plays an active, central role in their ministry.

Grace at the table