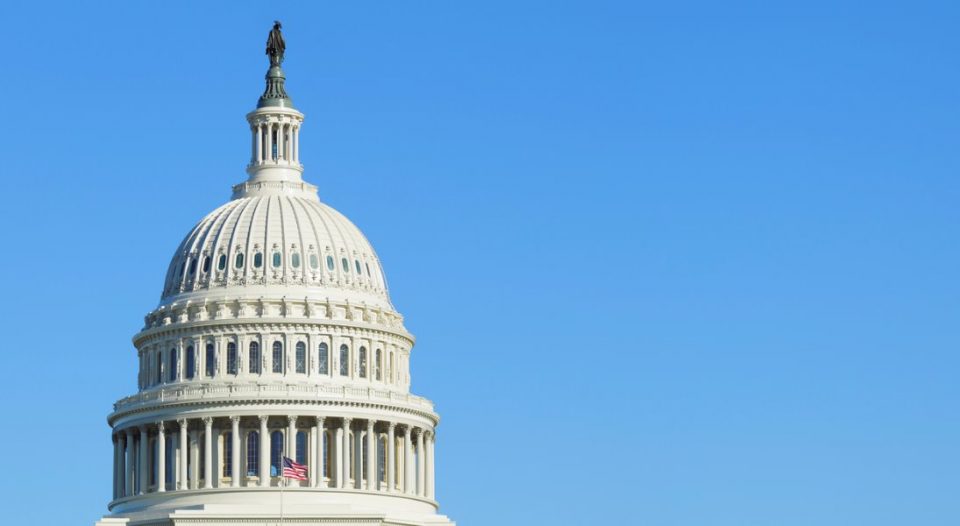 Stephanie Murphy, a Florida Democrat, is the first Vietnamese American woman — and only the second Vietnamese American ever — to be elected to the U.S. Congress. Her congressional work, she said, is focused on two things: job security and equality of opportunity.

“No matter what zip code they’re born in, no matter what their family history is, [everyone should have] a fair shot at the American dream,” she said.

Murphy may understand the importance of equality better than most. Her family — including her father, mother and older brother — fled Communist-controlled Vietnam in 1979, when she was just 6 months old. The U.S. Navy found her family adrift at sea with no fuel and guided them to a refugee camp in Malaysia.

Lutheran Immigration and Refugee Service (LIRS) sponsored her family’s passage to the U.S. With LIRS’s support, Christ Lutheran Church in Fredericksburg, Va., welcomed the family with everything they would need to survive in a new country.

“As you can imagine, we were not prepared for a winter in Virginia, so the church provided all [our] winter clothing,” Murphy said. The ELCA congregation also provided the family with housing and a car and helped Murphy’s father find a job at a power plant where he stayed for the rest of his work life, moving up the ranks from janitorial services to the coal yard lab.

James Cobb, pastor at Christ Lutheran when Murphy and her family resettled, recently reconnected with her after learning that the congresswoman had graduated from his alma mater, the College of William & Mary.

Murphy, who took office in 2017 and was reelected last year, invited Cobb to her January swearing-in ceremony in Washington, D.C., giving him the sole guest seat she was allotted for the gallery.

“I don’t remember the passage from Vietnam to Malaysia, or the early days of resettling,” said Murphy, “[but] my parents always told me those stories to make sure I had gratitude for the grace that was extended to my family. I was more or less meeting Pastor Cobb for the first time this January. It meant a lot to me [for him to attend], because I knew it was because of his generosity and his congregation’s generosity that I’ve been able to live the life that I have.”

Before taking office, Murphy worked for the U.S. Department of Defense as a national security specialist, as an executive at the investment firm SunGate Capital in Florida and as a business professor. She credits those opportunities in part to LIRS.

LIRS – there from the beginning

LIRS has welcomed more than 500,000 refugees and immigrants to the U.S. since the organization’s inception in 1939, before the U.S. Refugee Admissions Program existed. Originally, LIRS was formed by Lutheran congregations to help Lutherans who were fleeing persecution during and following World War II.

“We quickly realized that Lutherans weren’t the only ones we could help,” said Danielle Bernard, former director of marketing and communications for LIRS. “[The organization] expanded services to include anyone.”

For the past 30 years, LIRS also has helped unaccompanied refugee minors, finding long-term foster care for children without family in the U.S. Now the organization has started to work with recently detained immigrants who often are released from detention with nowhere to go and no possessions but the clothes on their backs.

“We make sure they have food, clothing, shelter, a ticket to get to family or support and knowledge to go out into the community to get resources,” Bernard said. “It’s all about providing support and communication to migrants and refugees … so they can become settled and thrive once they get to the U.S. … and they actually feel at the end of the day that they’re welcomed into the community as Americans.”

For the past 80 years, the ELCA and its predecessor churches, along with the Lutheran Church-Missouri Synod and Latvian Evangelical Lutheran Church in America, have been a strong partner with LIRS.

Congregations are asked to sponsor a family and to provide volunteers who will have dinner with the family, show them around their city, explain how to use public transportation, help family members get a drivers license, point the family to ESL classes and connect them to other resources they may need, Bernard said.

Cobb, who helped resettle two families while serving at Christ Lutheran Church and three others when he was pastor of a congregation in Grand Rapids, Mich., said refugee resettlement is one way the ELCA’s tagline — “God’s work. Our hands.” — is put into action.

“There should be more empathy for people who are seeking safety and protection,” Cobb says. “And if this country can help that to happen, it’s imperative that we follow the mandate to love our neighbors. Often, these are people who can’t speak our language but are looking for refuge. I think God’s heart is with the refugee and the poor. And the church has to be about that mission.”

Murphy has similar thoughts. “I have always been grateful for the opportunity that I’ve had because of the generosity of the Lutheran Church and because of the providence that enabled the U.S. Navy to rescue my family during our escape,” she said. “I didn’t really tell this story growing up, in order to assimilate, in an effort to not be different. But in order to combat the rhetoric at the national level that was inconsistent with the experiences that I had, I needed to share my story, to present an alternate narrative to being an immigrant to America.

“I’m still incredibly grateful, and I think today LIRS reminds us that there’s a place in this country for faith-based organizations who do the tough job of forging a path for those who are seeking a better life.”

Gathered at the garden