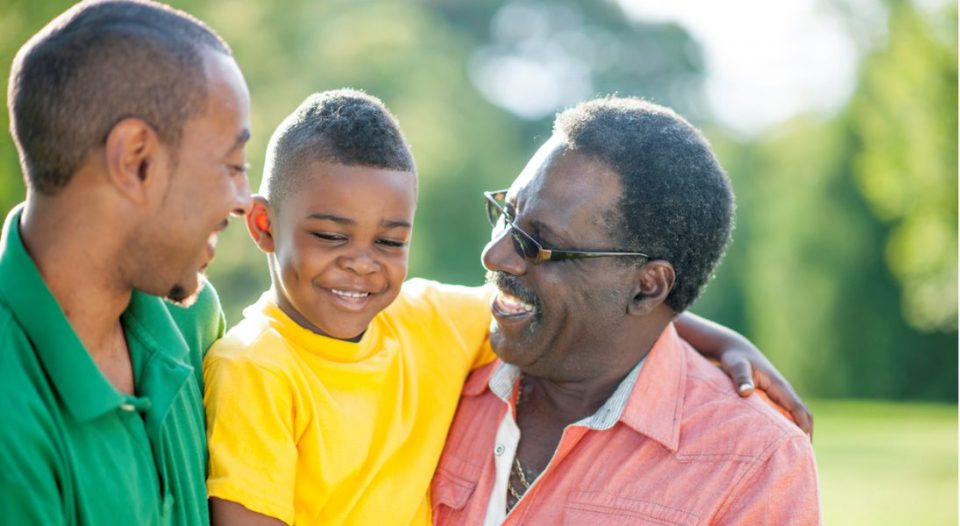 “By the time a man realizes that maybe his father was right, he usually has a son who thinks he is wrong.” —Charles Wadsworth

My friend Dan once told me, “I thought I was done raising my boys when they were in high school. They became more independent, didn’t rely on me for much and stopped coming to me for advice.”

Dan’s comment made me think. I wondered how many other dads feel their job is done once their sons stop asking for advice. As Father’s Day approaches, I wonder: When are you done being a dad?

Whenever I got into trouble as a boy, I never went to my dad for advice. It wasn’t until later in life, as I sought out help from those more experienced than I am, that I realized Dad still had a lot to teach me.

My dad, Harold Becker, lived to be 92, and over his many years we never talked about how to be a good dad. Nevertheless, I learned an immense amount from simply watching him.

The last 20 years of my mom’s life were filled with serious health issues. She survived cancer, a car accident, several major surgeries and a stroke. Mom went from being an active volunteer in the community and at Immanuel Lutheran Church to needing a cane, then a walker and then a wheelchair. She finally moved into a nursing home where she lived for three more years in declining health.

Through it all, Dad stuck by her. He softened in all aspects of his life as he cared for her—he became more sensitive and devoted. Despite the stress of it all, he never complained or expressed resentment. If anything, it seemed he’d fallen more deeply in love with Mom.

I also had watched my dad love my kids—his grandchildren. He loved telling stories about his early days during the Depression through his days as a WWII soldier. When my kids giggled at his funny tales, he’d join in too, laughing so hard he began to cry. He went to their concerts, basketball games and graduations. Along the way, I watched him.

A few years ago, it was my turn to parent my dad. In his final months of life, I cared for his home, talked to his doctors and payed his bills. In those visits back to my hometown, I discovered folks knew a different Harold than the one I recalled from my youth. People said he was incredibly funny and generous with his time, talents and treasure.

One day, as I tended to Dad’s financials, I noticed that he had regularly made donations to dozens of charities, including the Lutheran church, local nonprofits, my alma mater, seminaries and numerous veteran’s organizations. The discovery surprised me—he’d never talked about that.

Even at 92, our roles seemingly reversed, he was still fathering me. All along he was modeling a life of faith, fidelity, integrity and generosity. In that moment I finally realized my dad had much to teach me through the way he lived his life. I was reminded of Matthew 6:21: “For where your treasure is, there will your heart be also.” Dad had been deeply invested in serving others. He continued teaching me until he was reunited with God the Father in heaven.

This Father’s Day, as I reflect on my relationship with my dad, I realize that, like him, I’m never done being a dad. Years ago, my son Jeff and I talked about basketball and homework. Today I ask him about his relationship with his fiancee, his faith life and fulfillment in his work.

Maybe I’ll cue up “Cat’s in the Cradle” by Harry Chapin and listen as I marvel at the faithful witness my dad set for me and the opportunity I have to do the same for my son. I need to remember that my son’s still watching me. It’s vital he continue to see me striving to live a life aligned with faith, fidelity, integrity, health and generosity.

That provides sufficient motivation for me to say I’m not done being his dad. Not by a long shot. Happy Father’s Day indeed.

Brian Becker
Brian Becker is a member of Grace Lutheran Church in River Forest, Ill., and co-author with his son of Tender Lions – Building the Vital Relationship Between Father and Son.

What the Reformation taught me about being a dad