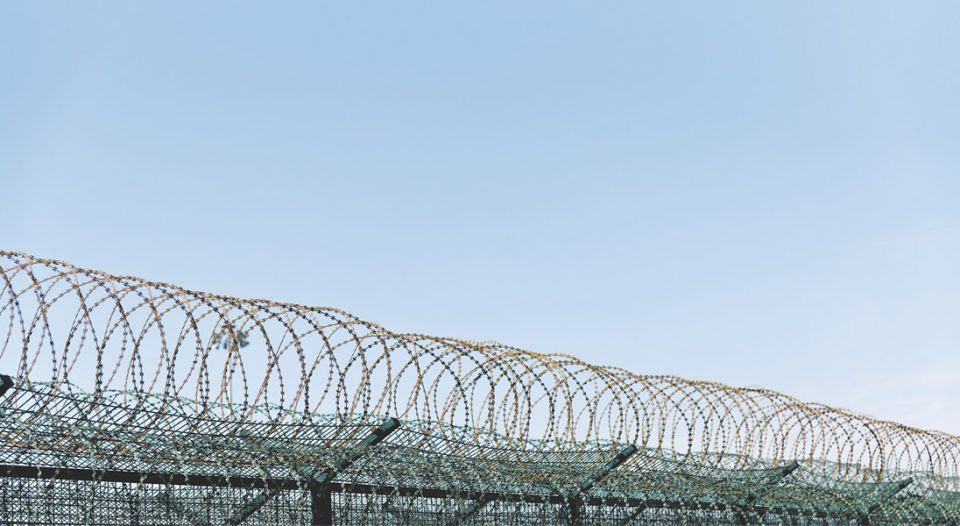 Numbering in the millions yet often invisible, incarcerated Americans may soon feel less forgotten as a new spiritual resource works its way inside the nation’s myriad gray prison walls.

The recently released Hear My Voice: A Prison Prayer Book was developed as a collaboration between the ELCA and Augsburg Fortress, featuring contributions from nine writers, each with a connection to the penal system. Intended primarily for those in correctional facilities, the book can also be used and distributed by chaplains, congregations and others with relationships to the incarcerated.

Hear My Voice arose from the ELCA’s 2013 social statement “The Church and Criminal Justice: Hearing the Cries,” which included a call for resources related to prayer and worship for inmates.

“Much of the religious material brought into prisons comes from a more fundamentalist perspective, fire and brimstone,” said Jennifer Baker-Trinity, a deacon and program director for resource development, a shared position between the ELCA and Augsburg Fortress. “Our message is, this book is for you. No matter where you’ve been, no matter what you’ve done, this book is for you.”

The prayer book—the title of which comes from Psalm 130—is partly structured around the church year to help counter the one-day-after-another monotony of inmate life.

“People kind of lose track of time when they’re on the inside,” Baker-Trinity said. “The church year [may be] unfamiliar to a person who’ll receive the book, but it’s a way to connect with the parts of the church that do follow that pattern and to use that pattern as a framework for prayer.”

The reflections and prayers flow from a range of personal experiences, including from the incarcerated and those involved with prison ministry.

“Many of the prayers are meant for situations that only those who are incarcerated will have experiences with,” Baker-Trinity said. “Situations like parenting while in prison, solitary confinement, lockdown, being transferred to a different facility.”

Hear My Voice includes selected Psalms and hymns; ideas for broadening the concept of prayer into activities such as music and art; suggestions for how a group might do Bible study; and illustrations, akin to stained-glass windows, by abstract expressionist Robyn Sand Anderson.

Life on the inside is drab, Baker-Trinity said, “so we decided to make the book a four-color resource.”

Mitzi Budde, professor and head librarian at Virginia Theological Seminary, Alexandria, served as the book’s project manager and member of its writing team. She says Hear My Voice represents “incredible vision” by the church.

“It’s the call of Jesus that we visit and care for one another,” she said. “This book seeks to bring the presence, love and grace of God into prison cells, to connect with prisoners who have faith already—there are many very deep Christians in prison—and also with seekers, to bring the hope and promise of God to them.”

Budde emphasizes that Lutherans around the world have a key role to play in ensuring Hear My Voice reaches its primary intended audience. “Prisoners are not going to order it off Amazon—they can’t,” she said. “Congregations are going to need to be partners in getting it into their local prisons and jails.”

The reflections and prayers flow from a range of personal experiences, including from the incarcerated and those involved with prison ministry.

Bruce Burnside, a member of the writing team serving a 10-year sentence at the Winnebago (Wis.)  Correctional Center, agreed. “It can be an excellent resource, but if there’s no plan, if there’s no passion for getting it into people’s hands, then it’s just useless,” said Burnside, a former ELCA synod bishop who fatally injured a jogger while driving impaired.

Burnside has lived in three institutions since being sentenced in 2014 and said he has never seen spiritual literature as valuable as Hear My Voice.

“It can be a companion throughout the year, an enduring resource,” he said. “And, clearly, the theological perspective is different from resources I’ve seen, which had a heavy emphasis on fundamentalist … ‘let-me-come-and-save-your-soul’ approaches. A lot of what’s written in our book will give people outside the ‘justice and injustice’ system a perspective. It’s revealing in that there are descriptions for people on the outside who have no idea what this experience is like.”

Burnside noted that roughly half of American adults have had an immediate family member spend at least one night in prison or jail. That’s not hard to believe, given that in the United States—which imprisons people at a greater rate than any other nation—the total population of its thousands of lockups exceeds 2 million.

“In many ways, the church has failed in its call regarding those people—and that includes where I was at, so I’m not trying to throw stones,” Burnside said. “This is a community of the invisible, the forgotten, who have no voice to be heard.

“I was told this is not a place to make friends, but I’ve met some amazing people. A person I shared a cell with for five years has become a brother to me—one of the most remarkable men I’ve ever known: generous, gracious, thoughtful, wise. I’ve felt as though Jesus was at the table with me much more often and evidently on the inside than at tables outside of prison.”