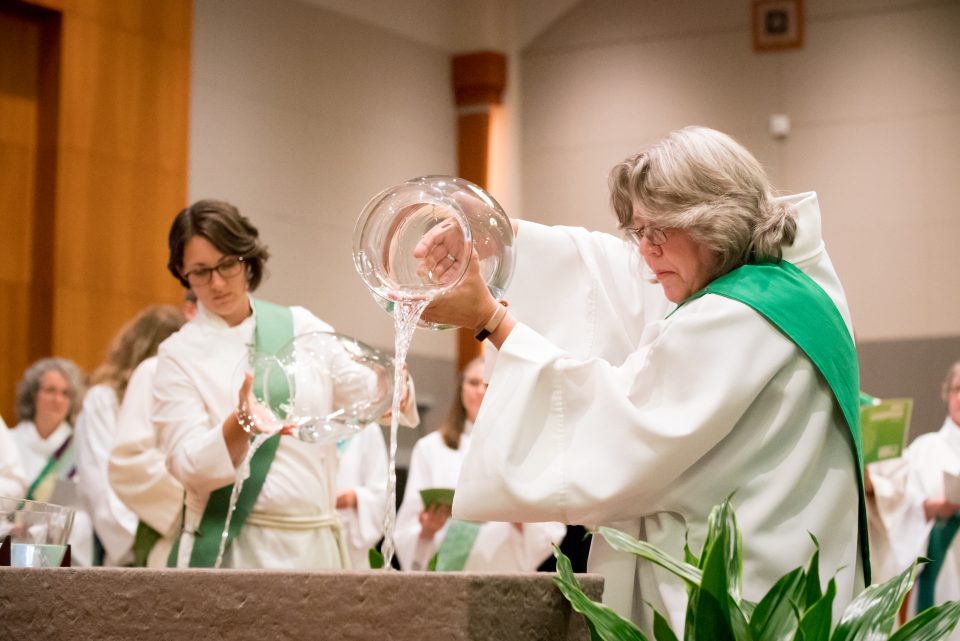 In an amendment to the “Constitutions, Bylaws and Continuing Resolutions of the Evangelical Lutheran Church in America,” the assembly voted 779-105 to make ordination the entrance rite for ministers of Word and Service.

This vote followed a 2016 Churchwide Assembly decision that authorized the creation of the roster of Ministers of Word and Service, called deacons, which merged three lay rosters into one. That assembly also endorsed consecration as the recommended entrance rite for an interim period.

The group also recommended that deacons no longer be counted as laypeople for representational principles, which the assembly approved (787-53) in another amendment to the ELCA constitution.

Much discussion occurred prior to the vote on the entrance rite, including a standing room-only hearing. Several people expressed concern that using the same terminology for both rosters would create confusion about the distinction between them.

Paul Erickson, bishop of the Greater Milwaukee Synod, asked that the amendment be removed from en bloc for separate consideration, saying he heard many concerns about the potential for confusion if the rite was changed. “I understand ordination and consecration [are] pretty much the same—a setting apart,” he said. “But the distinction between service and sacrament is more easily maintained if we have separate terminology.”

Others felt this concern showed how the ELCA has more opportunity to educate people about the distinct roles of ministers of Word and Service. Vicki Hanrahan, a deacon from the South-Central Synod of Wisconsin, said, “The people who ask about the differences … deserve a better answer than [saying] a pastor is ordained and a deacon is commissioned.”

Some deacons who spoke in favor of the amendment said they hadn’t been able to apply for certain jobs or grants because some institutions, particularly health care facilities, don’t recognize terms other than “ordained” regarding calls to public ministry.