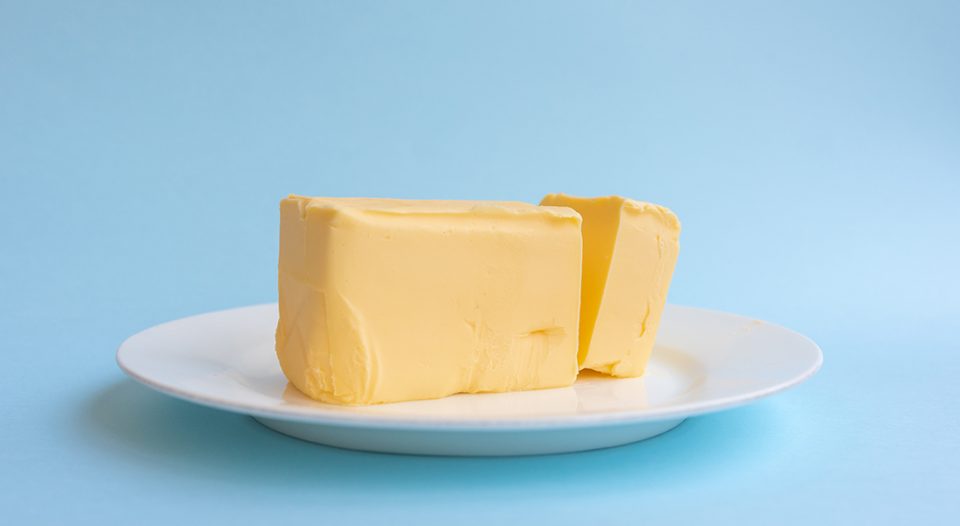 Some Lutherans say that coffee and potluck are vital aspects of our faith tradition. The references are made with humor—but history suggests we should look to butter as a fundamental part of our theological heritage.

In the book Butter: A Rich History (Algonquin, 2016)—published just in time for our commemoration of the Reformation’s 500th anniversary—food historian Elaine Khosrova reports that butter was very much on Martin Luther’s mind. The issue he was concerned with was how butter figured in the church’s rules on fasting.

Fasting was an important form of religious discipline in Luther’s time. The practice—initially expected only of nuns, monks and others in religious orders—eventually spread to include everyone in the church. The foods prohibited when fasting included meat, poultry and all dairy products. Khosrova writes that the faithful fasted on Wednesdays, Fridays, Saturdays, before certain feast days, during part of Advent and each day in Lent. This amounted to nearly half the year.

While we use butter mainly for flavoring, medieval Germans—and others in the northern European dairy lands—relied on butter for its calories. This was especially the case during the long winter months. Many would have liked to butter their bread while fasting, but this was prohibited during Advent and Lent.

By reciting special prayers and making monetary contributions to the church, people could make up for the “sin” of eating butter during fasting times.

However, there was a way around this prohibition: by reciting special prayers and making monetary contributions to the church, people could make up for the “sin” of eating butter during fasting times. This worked in much the same way as the indulgences Luther had vehemently opposed. Adding insult to injury, butter was prohibited during fasting but olive oil was allowed. While olive oil was plentiful near the Mediterranean, it wasn’t available to those further north.

Butter doesn’t get talked about much when we review Reformation history today, but Luther did bring it up in his 1520 address “To the Christian Nobility of the German Nation.” The bulk of the essay deals with the church and politics, the interpretation of Scripture and the “priesthood of all believers”—but Luther brought up butter at least a half dozen times.

When Luther—as translated by C.M. Jacobs—expounded on unjust church taxes, he went into full rhetorical mode: “For at Rome they themselves laugh at the fasts, making us foreigners eat the oil with which they would not grease their shoes, and afterwards selling us liberty to eat butter and all sorts of other things … thinking it is a greater sin to eat butter is a greater sin than to lie, to swear, or even to live unchastely.”

Khosrova sums up her view of the issue’s importance by writing, “It seems hardly a coincidence that most of the dairy-rich countries producing and using butter were the same nations that broke away from the Roman Catholic Church in the sixteenth century.”

Clearly, we no longer rely upon butter as a major source of calories—but the controversy over butter is baked into our Lutheran heritage.

Jim Mica
Jim Mica recently retired from college admissions. He has been a part of Lutheran campus ministries in Ithaca, N.Y., DeKalb, Ill., and Pittsburgh, and was baptized by one of the first campus pastors in Ithaca.