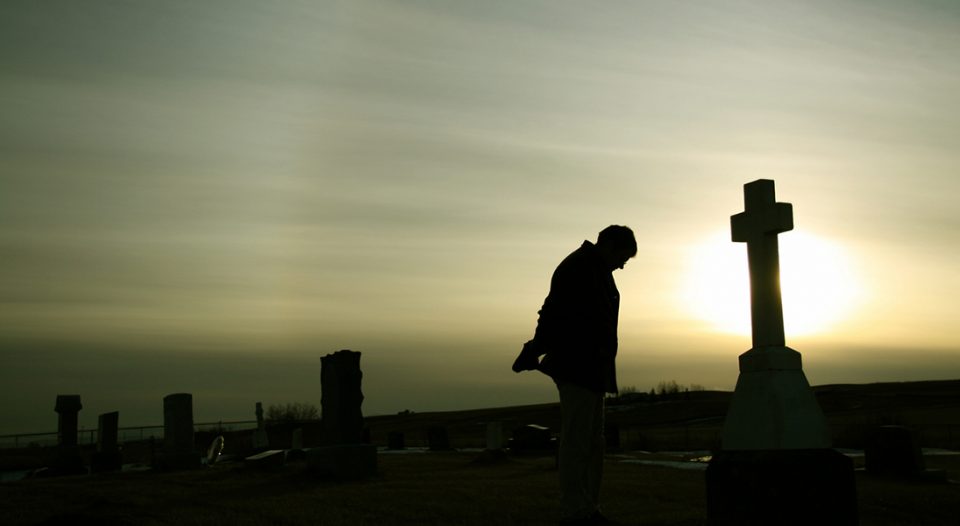 When our children were young, we used to meet their cousins at a gas station in Mars Hill, N.C., a town about halfway between our homes in Virginia and South Carolina. Our meeting place overlooked the four-lane highway. From that high perch, we could sometimes see their car approaching, which created excitement and anticipation.

Once when we arrived early for our rendezvous, my son and I walked down the hill a hundred yards and discovered an old overgrown cemetery that hadn’t received much attention in a while—tipped stones with faint inscriptions. Lukas, then 7, knelt in front of two small markers and traced the dates with his finger in the fading light. I watched him do the math in his mind, his eyes growing larger as he ciphered. “They were kids, about my age,” he said.

We spoke their names out loud and wondered how they had died.

My brother, Lee, died a few months ago at age 60 after living three years with glioblastoma, an incurable form of brain cancer that cruelly diminishes cognitive ability like water slipping slowly through a drain.

Lee was a professor at Iowa State University (ISU) for many years, with a specialty in rhetoric and composition. He loved words, which made his inability to find the right one all the more painful for him as the disease progressed.

Lee had a wicked sense of humor. On the first day of class at ISU several years ago, even before offering an introduction, he removed a hammer from his briefcase and placed it on a metal desk. Wordlessly, he set a broken flip-phone beside the hammer. Two arresting visual aids. Ten seconds of silence passed, finally interrupted by the hammer smashing the phone to smithereens.

“Any questions?” he asked the stunned sophomores as he passed out the semester syllabus.

In summer 1967, I backed Lee at age 8 (two years my junior) up against the wall of our open carport. He spread arms and legs wide, compliant, with trusting brown eyes. I was like that mustachioed guy in the circus, the knife thrower, and successfully zinged darts through the open spaces until one stuck firmly in his bare right thigh. He never cried. (Until hours later when Dad got home.)

That dart became something of a metaphor for the carefully chosen words of Lee’s teaching career: pointed, sharp, focused, mostly on-target.

The Bible’s bevy of brothers reveals a discouraging collection of simmering sibling rivalry.

Cain and Abel (Genesis 4) are characters in the first fratricide. Jacob and Esau, though they eventually reconcile, are estranged for 20 years after vying for their father’s favor (Genesis 27). Vivid dreams of ascendancy so rile several brothers that they sell Joseph into slavery and concoct his “wild animal” demise to Dad (Genesis 37). Convinced “he has gone out of his mind,” Jesus’ brothers arrive at a teaching venue to presumably take the raving preacher home (Mark 3:21, 31-32). Brothers James and John were given the name “Sons of Thunder” (Mark 3:17), which suggests rather volatile personalities.

Maybe the Bible’s history of brotherly love gone awry sets the stage for a new baptismal family where water trumps even blood. Maybe my parents placed Bibles in the hands of their three sons early on, knowing that our flawed love for one another would never be enough.

Even so, I miss Lee. I’ll always miss him, I suspect. Forever my little brother who died before any of us was ready.

My son and I settled into the grass below the overgrown cemetery that evening in Mars Hill. It was getting dark and car headlights were starting to come on, blinking like fireflies in the receding twilight.

Anticipating a sweet reunion there at the gas station sandwich shop, we watched for relatives heading our way from the south.

Surrounded by death, steeped in a long history filled with stories of life and love, we all wait for that long-anticipated reunion, looking into the distance and longing for the approaching light ever coming toward us.

Grief with no warning