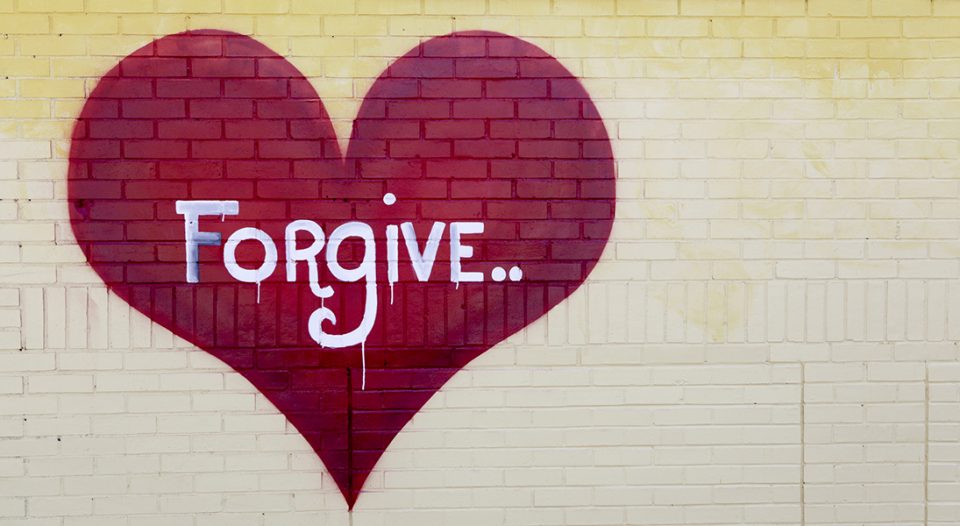 Last week we discussed Jesus’ teaching on loving folks who hurt other people. The community was to confront them repeatedly until they stopped sinning and repented. This week, Jesus turns to the behavior and responsibilities of the victims. I think it’s especially important for us, as the body of Christ in this world, to pay attention to what Jesus does and does not ask of righteous victims.

First, it’s important to reiterate that in Matthew 18:15-20, Jesus is calling his followers to love perpetrators of sin by confronting people with the way that their/our sins harm others. This isn’t a one-time action that dissolves our responsibility toward hurtful people, but ever-widening portions of the community are to confront the person to help her or him stop hurting others—for their own good. In the context of this week’s discussion of forgiving sin, we must therefore be clear that forgiveness is not about excusing sin or permitting harmful “l” behavior to continue. Christian responsibility toward perpetrators who hurt others is to lovingly, repeatedly call them/us to repentance, just like Jesus did with tax collectors and sinners. What, then, is the responsibility of victims of others’ sins?

Peter was understandably confused when Jesus extended the responsibility to love our neighbors by pursuing them to stop and repent of behaviors that harmed others. He then asked Jesus how many times he was required to forgive someone. Jesus had already said that his followers should attempt to stop someone from sinning against others at least three times—though I argue that Jesus spent his entire life doing this, and so should we. Peter asked if forgiving someone seven times was enough— more than double the number of times Jesus had just said to confront a perpetrator. Jesus told him that forgiveness must be infinite, or at least 490 times.

But what is forgiveness? Jesus then told a parable of the kingdom to answer the question. A king sought to collect what his slaves owed him. One slave owed over 150,000 years’ worth of work, so the king demanded that he and his family be sold to pay the debt. When the slave pitifully asked for patience to repay a debt he never could, the king felt compassion and completely canceled the massive debt. That same slave then went out and found someone who owed him 100 days’ worth of work. Instead of being compassionate, the slave choked the man and threw him in prison. This got around to the king, who had the original slave tortured until his debt was paid. To make sure we get his point, Jesus says God will do this if we don’t forgive from our hearts.

Emotionally, this is a difficult parable because we don’t want to ask anything of victims. Yet, I think the parable is essential for two reasons. First, it helps us understand what is, and what isn’t, forgiveness. I don’t think the king, even after being compassionate to the slave, would ever loan him money again or trust him with anything. Forgiveness is by no means pretending that the offense didn’t occur or trusting the perpetrator with any responsibility that he has demonstrated that he doesn’t deserve. Forgiveness also isn’t declaring someone innocent when they aren’t. Forgiveness, as explained by the parable, is giving up pursuing what we are owed by those who have hurt us.

But the forgiveness that Jesus calls us to is to stop seeking that which we are owed by those who have hurt us.

If either of the debtors attempted to repay their debts, I think that would have been welcomed in the parable. In the section we read last week, Jesus calls for the community to continually pressure the offender to repent—that is, to undo the effects of sin, to make restitution. But the forgiveness that Jesus calls us to is to stop seeking that which we are owed by those who have hurt us. Renouncing the debt that is owed is what Joseph does in this week’s reading (Genesis 50:21) and what Paul counsels in 1 Corinthians 6:6-7. This is why Jesus taught us to pray, “Forgive our debts, as we forgive our debtors.”

Ceasing pursuit of what we are owed by those who have sinned against us doesn’t absolve the perpetrator of his responsibility to still try to make restitution. But it does free us from waiting on another for our healing. Forgiving is saying that God is sufficient for us. This is the second gift of this difficult parable. It helps concretize one aspect of God’s love. God foregoes restitution for all our sins. Repenting is still good—and I would say essential—in order to try healing the ways we hurt God and others. But God doesn’t need us to do that. This is our Christian response to human sin: as a community, we love the sinner by helping her or him stop hurting other people and work toward restitution. We love the victim by helping her or him let go of the restitution that she or he is owed.