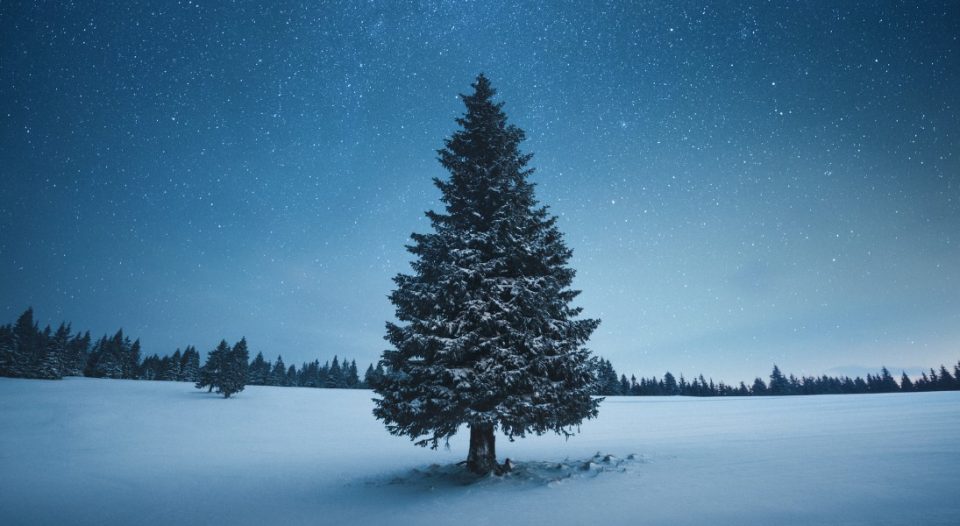 Nine months have passed since COVID-19 was declared a pandemic. We’ve grown weary of quarantines, closures and physical distancing. Some of us may be longing for the noises of life before the virus—the beeps and blares of rush hour traffic, babble spilling over from packed crowds and restaurants. Today’s world is noticeably quieter.

And Advent urges us to wait and listen. After all, the Gospel writer Luke commences his Advent story not with holiday cheer but through imposed silence.

It begins with Zechariah, an elderly priest, officiating the temple liturgy in Jerusalem. Upon arrival, he’s chosen to go into the temple’s holy place and burn incense on the altar. In modern times, he might have taken a selfie before walking in, posted it and awaited “likes.”

For Zechariah, this is a routine day in the life of a priest until God shows up and speaks to him through the angel Gabriel. Imagine him cowering when Gabriel says, “Do not be afraid, Zechariah. Your prayer has been heard” (Luke 1:13).

The aforementioned prayer was that Zechariah and Elizabeth would conceive a son. Though they experienced the pain of infertility, they remained “righteous before God, living blamelessly according to all the commandments and regulations of the Lord” (6).

It isn’t surprising that, when Zechariah finally speaks—cradling his son in his arms—his first words are a song of praise. Nine months of silence are plenty of time to compose the first Christmas carol.

Gabriel foretells Zechariah’s son will be the last Old Testament prophet and will prepare the way for the Messiah.

Zechariah responds not in faith but with anxiety, asking, “How will I know that this is so? For I am an old man and my wife is getting on in years” (18). Even met by an angel, he’s not convinced fatherhood is possible.

Typically, after Zechariah lit the incense and came out of the holy place, he would bless the people. This time, he appears to the waiting crowd and says nothing.

Imagine the gestures he attempted while trying to tell them he’d seen an angel! But Zechariah’s silent frustration and fear turns to joy when, days after his return home, Elizabeth reports that she is expecting. While Zechariah remains quiet, she exclaims, “This is what the Lord has done for me when he looked favorably on me and took away the disgrace I have endured among my people” (25).

Zechariah is silent for nine months until Elizabeth gives birth to their son John, who would later become the Baptist. Can you imagine nine months of pondering the angel’s message, listening to God and discerning what God is doing through the birth of your long-awaited child while also awaiting the Messiah?

It isn’t surprising that, when Zechariah finally speaks—cradling his son in his arms—his first words are a song of praise. Nine months of silence are plenty of time to compose the first Christmas carol.

It begins: “Blessed be the Lord God of Israel, for he has looked favorably upon his people and redeemed them” (68).

So opens the Benedictus—a song of praise and promise. Notice that Zechariah’s carol comes only after a time of silence.

Observing Advent during a pandemic

Advent is a time to wait silently, be observant, listen and expect the unexpected.

Most Decembers, we’re often too busy to be still, assured that wrapping ourselves up in details is the perfect preparation for Christmas. Whether it’s midnight sales, online deals, endless holiday events or big expectations, we often wind up exhausted, anxious and angry.

We aren’t meant to live that way.

We know that Zechariah was struck speechless for months by an encounter with an angel. What does that tell you about how God wants us to observe Advent?

Perhaps we need to create some space. Maybe we consider some digital fasting this Advent, laying down the distraction and taking time to abide in God’s presence.

It should be noted that we can’t control God’s radical presence. It can be attained only through cultivating our attention. When we look hard enough, we see that the experience of the divine can come to us anywhere, anytime. For Isaiah, it happened in the temple, but God doesn’t limit holy moments to holy places. Moses discovered God on the backside of a wilderness; for Elijah, it was in a mountain hideout. What’s more, who would have thought that the most radical presence of God, the Incarnation, would have arrived amid the distinctive smells of a barn and ended among the death throes of criminals?

In the quiet of this unexpected Advent, you may discover a song or recover one you used to sing.

The Benedictus is Zechariah’s song. He was able to sing it because he learned how to sit quietly, be alone and stop talking. God made sure of that. We realize that the melody is the result of some imposed silence and solitude.

What good news song will you sing after the silence?

Advent in a time of mourning

Advent 1: God is starting to show

Advent 2: Lift up your eyes