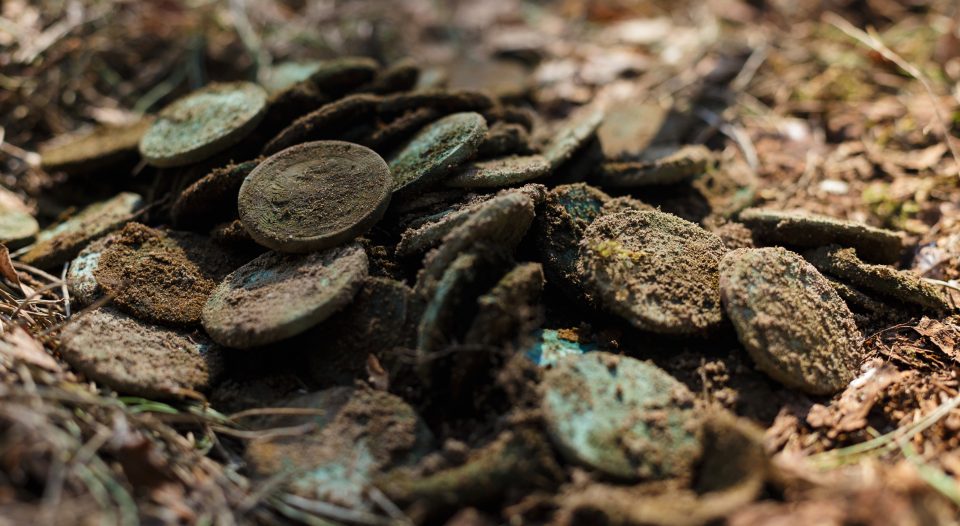 I’m not great at investing. I majored in economics and business management, among other things, so I understand how the economy works. But I have a more difficult time understanding how people work. And the stock market is just a collection of humans buying and selling based on what they think other people are going to do—it isn’t a rational process. For this reason, the financial markets and I aren’t exactly friends. The parables on investing talents have always scared me because I thought (and actually heard preached a time or two) that we had to literally make economic gains for the kingdom. But I’ve become convinced that little else could be further from the point that Jesus was actually trying to make.

This parable is situated among several others toward the end of Matthew’s Gospel that all address how to be ready when Jesus returns. Like we read last week, Jesus is again telling his hearers that they need to be doing the work of the kingdom while he is away so they will be ready for his return. I’m grateful for the parable of the talents for the additional nuances that Jesus gives in making largely the same point.

The first thing to pay attention to is that the number of talents (five, two or one) is given to bondservants according to their abilities (Matthew 25:15). The one with the least ability to make a profit wasn’t given an enormous task, and the one who was most able to see a return was given the most talents. In the parable, the lord knew his servants’ capabilities and treated the men accordingly, not expecting the same result out of each.

“But the one who had received the one talent went off and dug a hole in the ground and hid his master’s money” (Matthew 25:18).

We all know how the parable progresses. The one who was in charge of five talents earned five more. The one in charge of two talents earned two more. The one in charge of one talent dug a hole and buried it. According to slightly later rabbinic law, if the man buried money in the earth, even if it was later stolen, the servant wouldn’t be responsible for the loss because he had done his best to keep the talent safe (BT. Bava Metzia 42a). In burying that which was entrusted to him, the man was declaring that he didn’t want to be responsible for it, one way or another—neither for its increase nor its disappearance.

Unsurprisingly, the master commends the first two servants and even invites them into his “joy” (presumably a feast). But when the last servant was called to account, he blamed his inaction on his master. He said the master was a hard man, reaping and gathering where he had not worked. We have to read this as the appalling critique it was meant to be. The servant said the master was gaining wealth too quickly and succeeding too much! Therefore, he purposefully chose to inhibit the increase of his master’s estate by burying the money to ensure that it would not bear any profit. He pointedly tells the master to take (only) what is his.

The furious master responds that the slave, knowing that the estate is growing rapidly, should have done the very least and given the talent to bankers so they would make a profit for the master. Instead, the wicked and delaying (probably a better translation than “lazy”) servant worked extra hard to dig a hole to hide the massive amount of money to ensure that the master didn’t profit off of it at all.

Some Christians make a point of refusing to engage in good works of (social) justice, righteousness and charity because they think it detracts from Jesus’ salvific work. So they rest on his salvific work and refuse to do any work for the kingdom. This is exactly the behavior that that the parable of the talents warns against.

For other Christians, Jesus’ salvific work—saving us because we could never save ourselves—is the cause of great joy and gratitude. That gratitude and joy can’t help but spur us to loving acts of good works on behalf of God and neighbor. That is all Jesus is after here: the natural response of sharing the love that God first gives us with our neighbors, according to our abilities. It’s actually more difficult work to shut off the love that God intends to flow through us into God’s world than it is to simply let the kingdom increase though the love of God in us. You don’t have to be an investing genius, just don’t bury the kingdom!