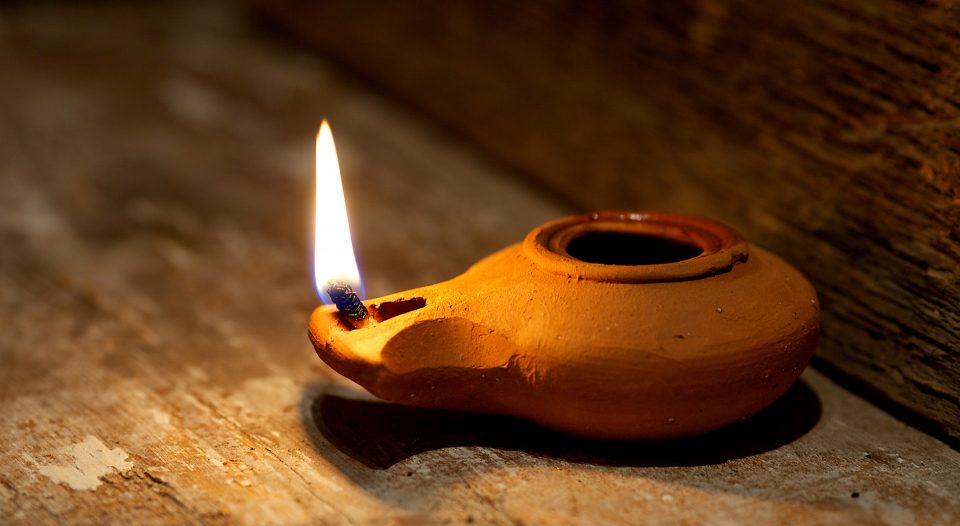 I’m not a good dinner party host. I used to love the idea of cooking lavish meals for guests, but I fall into the same pattern. I cook food so it will be ready about an hour after people are scheduled to arrive. Of course, in the meantime I offer appetizers and drinks. But people always come late, the food is ready before they arrive, and then it either gets cold or is overcooked. And, if I’m honest, I’m an early-to-bed, early-to-rise sort of guy, so I’m no fun at parties that last later than 9 p.m. I’m just terrible at being ready when people show up after I expected. Jesus has a series of parables aimed directly at people like me.

The parable of the 10 virgins comes in the middle of a series of “return parables.” In the previous chapter, Jesus spoke about a householder who wasn’t ready to encounter a thief in the night (Matthew 24:43). Then he told a parable about two slaves who had been put in charge of taking care of other slaves (Matthew 45-51). One fed and took care of his fellow slaves while the other abused them and squandered resources. When the master returned, the slave who had been doing the right thing the whole time was rewarded and promoted, while the abusive slave was cut into pieces and thrown in with the hypocrites. These parables were aimed at teaching Jesus’ community that they should be ever ready and consistent in their righteous behavior because we don’t know when he will return. The parable of the virgins is going to teach largely the same point.

We don’t hear of the tradition of young women waiting to escort a groom (and presumably his bride) into a feast from any source outside the Gospels. Nonetheless, Jesus presents the picture of women charged with lighting the way for a groom who has tarried late into the night. Without streetlights, and with the human labor that went into pressing oil for lamps, moonless nights were (and are) incredibly dark in much of the world. If there was to be an after-hours feast, several lights would be needed outside to ensure that the guests—especially the guests of honor—knew where to go. Ten young women were given the important responsibility of lighting the way for the groom.

The women prepared, lighting lamps and standing ready at the festive venue. As the evening wore on and the bridal party didn’t arrive, all 10 fell asleep (just like me at dinner parties that last too late!). The parable presents no condemnation for this. When the groom and his entourage finally arrived, the young women were awoken. They all trimmed their lamps, but some didn’t have sufficient oil to keep them lit at the crucial moment. The women who had thoughtfully prepared for the groom’s delay had just enough oil to light the way for him without any to spare for others. So the insufficiently prepared women ran to an all-night oil shop to buy more. Meanwhile, the late-night feast began.

“The foolish said to the wise, ‘Give us some of your oil, for our lamps are going out.’ But the wise replied, ‘No! there will not be enough for you and for us; you had better go to the dealers and buy some for yourselves’” (Matthew 25:8-9).

When the young women returned with their restocked lamps, they found the doors shut and locked. Of course, there was no more need for their lamps. The party had moved indoors, everyone had arrived and the women had been found lacking at the crucial moment. When they pleaded to be allowed in, they were sent away because their voices weren’t recognized.

As always, context is incredibly important. In the coming weeks, we will see in the Gospel of Matthew that Jesus places profound importance on performing righteousness as a response to invitation into the kingdom of heaven. The parable of the 10 virgins is interpreted many ways, to be sure, but the surrounding texts point to the necessity of righteous living for Jesus’ people. On other occasions, Jesus used the same response that he gave to the insufficiently prepared women—“I do not know you” (Matthew 7:21-23)—to condemn those who call Jesus “Lord” but don’t actually do the things that God has called them to do.

In the parable of the 10 virgins, Jesus is saying that obedience to Jesus is the lamp oil. We can have a little or we can have a lot. As always, we must remember that it’s not the oil that throws the party—it’s the groom. We don’t save ourselves and we certainly can’t impress God by means of our good works. At the same time, the Jesus of Scripture demands praxis rather than simply belief. Jesus is going to return, and we confess that he will come again to judge the living and the dead. More on that in a couple weeks. For now, let us cling to the good news that we are invited to the feast. The groom wants to make sure we do our jobs to light his way. And so Jesus, like a loving teacher, repeatedly instructs us in an important lesson: we must be always ready.