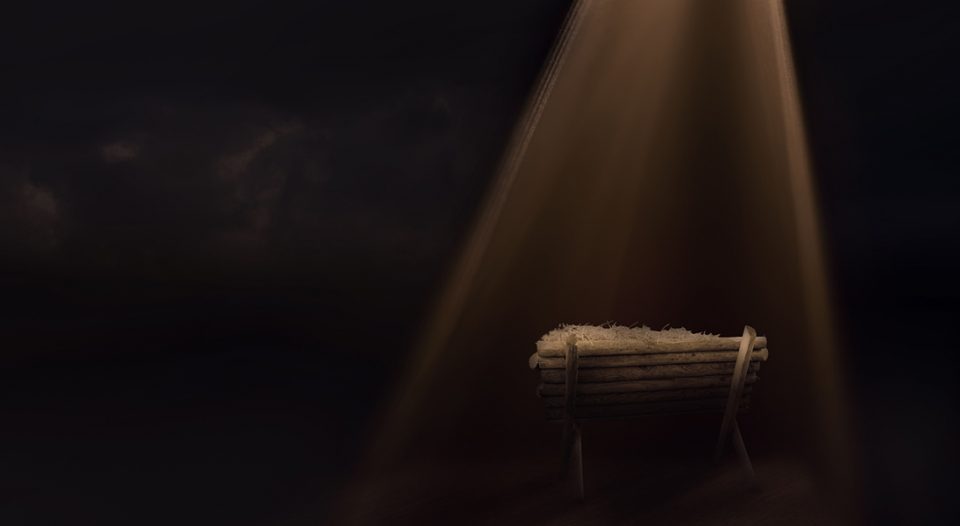 Thornton Wilder’s classic play Our Town, first performed in 1938, casts a young woman, Emily, who dies unexpectedly. From the grave’s other side, she asks permission from the narrator to briefly visit her family. The wish is granted—one day from the past, her 12th birthday.

She discovers her father preoccupied with work and her mom fretting with chores. Nobody pays Emily much attention. “Oh Mama, just look at me 1 minute as though you really saw me,” she says. “Mama, 14 years have gone by. I’m dead!”

Emily begins to cry, breaking down. “We don’t have time to look at one another. Do any human beings ever realize life while they live it—every, every minute?” she asks.

A superb question for Advent.

It reminds me of a sobering question once posed by my daughter, Hannah, then 8, to her rather serious father-pastor. “Gosh, Dad,” she asked, “can’t we ever have any fun in this life?”

Addressing his disciples’ worries concerning “the end of the age,” Jesus once said, “About that day and hour no one knows … only the Father” (Matthew 24:36). (Translators of the 1611 King James Version were so nervous about even saying that the Son doesn’t know that they opted for an alternate reading and omitted that part entirely.)

Given this clear biblical heads-up—that no earthly prognosticator can succeed—many have still tried to predict the date and hour of Jesus’ return. “You better get ready because Jesus is coming … coming to get you.” Behavior shaped mostly by intimidation and fear.

On the other side of the spectrum are Christians who have long ago stopped looking. In her book For the Time Being, Annie Dillard describes a suburb of St. Louis where archaeologists found 13 distinct settlements, one on top of the other. From the same book I learned that in France, paleontologists discovered “60 different layers of human occupation” in the same general area. That’s a lot of centuries to pass in Missouri or Normandy.

The passage of so much time can lull us into thinking there’s always a lot more where that came from.

He arrived as a baby, but the Lord’s grown-up mission includes safecracking past all our defenses until we are wholly and completely his.

Jesus will not be specific. He only offers grave images—a flood (24:39), a cosmic kidnapper (24:41)—that have one thing in common: they’re unexpected.

There is another rather troubling metaphor in that same section of Matthew that Lutherans often avoid. Jesus is compared to a thief who breaks in at night, a common robber. And lest you think this is just a stray biblical image, the same phrase also appears in 1 Thessalonians: “The Lord will come like a thief in the night” (5:2). And in the book of Revelation: “If you do not wake up, I will come like a thief” (3:3).

There’s something a bit unsettling about comparing Jesus to a cat burglar. A commandment (No. 7) prohibits stealing, but here the Lord is likened to a clandestine safecracker. I like him better as the Lamb of God. Can you really imagine us singing, “Thief of God, you take away the sin of the world, have mercy on us”?

The Greek word here for “thief” is kleptes, from which we get our English word “kleptomaniac.” Why does Jesus say he’ll arrive at night, undercover?

I suspect Jesus resorts to stealth because he’s after the real valuables, those lodged far from view in anyone’s heart and mind. Distracted during the day, we’re adept at erecting walls that keep out quite a bit. Apparently, Jesus will not rule out sneaky night raids to win hearts.

He arrived as a baby, but the Lord’s grown-up mission includes safecracking past all our defenses until we are wholly and completely his. Not a bad definition of Advent—this brash, unbidden coming of Christ.

The promise of Christ’s return is not meant to make us shape up or else.

His words help us number our days (Psalm 90:12), valuing each as a gift—Emily’s plea in Our Town—as we live for the day when peace shall reign, all are fed and the loving way of Christ holds sway.

A season of difficult waiting

A song after silence

Advent in a time of mourning

Advent is waiting for us

A time to wait for God to come

Give yourself the gift of an Advent strategy