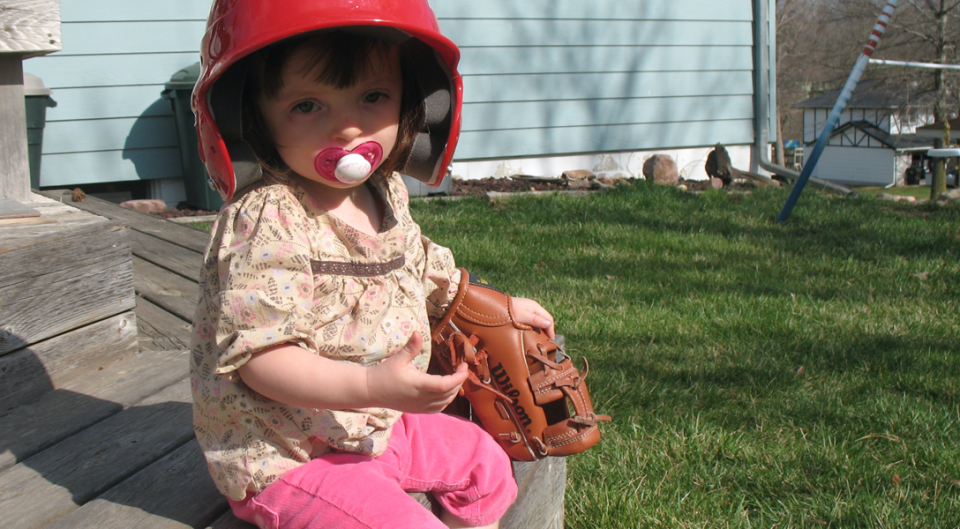 Sydney Christensen, pictured as a toddler, is a member of Atonement Lutheran Church, Overland Park, Kan.

She was born full-term, 5 pounds. Her jaundiced head was too big, her eyes too wide, her appetite too small. Her mother knew something was wrong. After two weeks in the neonatal intensive care unit and genetic testing, Sydney was diagnosed with Jacobsen syndrome. Her prospects were bleak, likely severe. Her mother wept.

Mark opens his Gospel with a glorious announcement: The beginning of the good news of Jesus Christ, the Son of God. But something is wrong. The first sight of good news looks anything but. John the Baptizer appeared in the wilderness with a weird wardrobe and diet, converting God’s faithful people into something else through baptism while preaching about sin and pointing to Someone Else. In John’s Gospel, that someone else is Jesus, the Lamb of God who takes away the sin of the cosmos. What happened to the long-expected Lion of Judah? Against Roman imperial might, what good is a newborn sheep?

It’s not long before John is arrested and Jesus is too. Their prospects are bleak. Both will die gruesome deaths at the hands of Roman power.

Could it be that things have now gotten so bad that we’ve reached the beginning of good news?

The beginning of the good news of Jesus Christ, the Son of God. Mark says this because otherwise we would never be able to see or believe it. Such a beginning doesn’t look good at all. It looks more like, say, the year 2020. Could it be that things have now gotten so bad that we’ve reached the beginning of good news?

As fall succumbs to the bleak severity of winter, trees explode in radiant color, as if to foretell the coming spring. Leaves and seeds crash to the ground, and naked branches shiver in the windblown snow like a stripped criminal beneath the lash. Mothers weep. And hope sleeps, invisible and safe beneath the discouraging surface.

Jesus was born to unwed parents relegated to an animal stall in a small town, cradled in straw, greeted by night-shifters and hunted by Herod, foreshadowing Jesus’ cross. The beginning of the good news of Jesus Christ, the Son of God looked anything but.

When things in my life look especially bleak and hopeless, I call one of my favorite people. She’s the most conscientious acolyte I’ve ever met and possibly the funniest, sweetest person I know. Her infectious laughter is rock ‘n’ roll for the heart, so I keep teasing her until it bursts out. The beauty of her spirit takes my breath away. My friend Sydney is an incomparable delight.

Her mother knows something is right: “About age 3 or 4, I realized, this kid is awesome! Why was I upset?” She raves about how beautifully and purely Sydney loves others: “She’s so friendly, just a joy. We are so blessed to have her!”

Appearances often fool us. Nothing looks more disheartening than the beginning of good news.