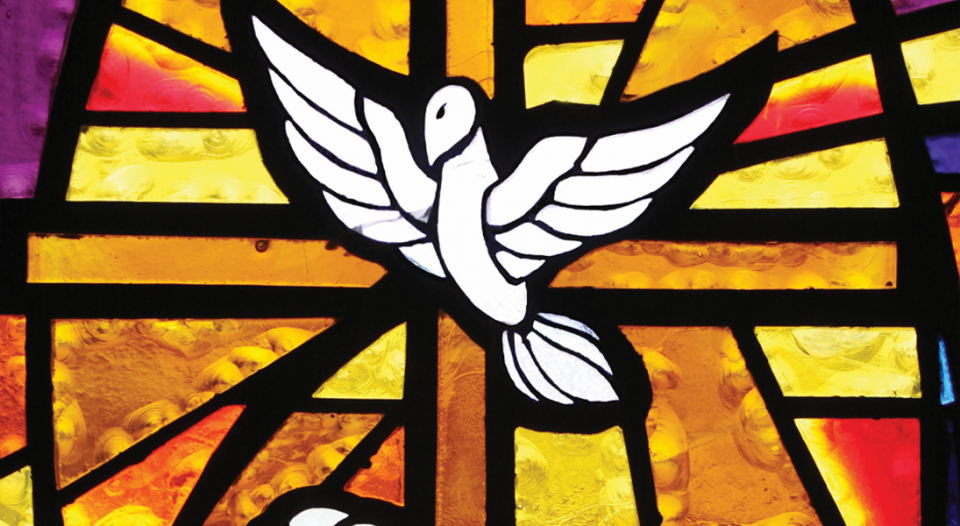 Luke writes in Acts 2 that on Pentecost, God sent the Spirit on Jesus’ followers and they spoke in different tongues about the wonders of God. Some people listened and were amazed; others sneered and accused them of being drunk.

But Peter explained that the prophecy was being fulfilled:

Children, youth, older adults and slaves are all bearers of God’s visions and dreams—prophets of God’s future. Can we listen to God where God chooses to speak rather than where we think God should?

Those who sneered were confused, not only by Galileans speaking foreign tongues but also by their having anything meaningful to say. Remember Nathanael’s question: “Can anything good come out of Nazareth [in Galilee]?” (John 1:46).

For generations Lutherans have been trained to listen to Europe as a sort of primal source of good theology and to European and European descent culture (even within the United States) as the standard for what is Lutheran.

God continues to speak—not where we think God should but where God chooses.

For instance, getting a doctorate in Lutheran theology requires learning German and knowing writings by European and European descent theologians, but Latinx, Native, African descent and Asian Lutheran theologians are optional (as are feminist and LGBTQIA+ theologies). In fact, theologies that aren’t Eurocentric are often viewed with suspicion and sneered at as a watering down of real Lutheran identity: “Aren’t these from Galilee?”

Yet the Spirit blows where it chooses (John 3:8). The story of Lutheranism began with the Spirit stirring a young monk to dare speak a new word—a word about the wonders of God’s grace and a word in the vernacular of his people, with their peculiar accents, idioms and idiosyncrasies. Many joined. Others sneered, “Aren’t these from Galilee?” The first Lutherans, too, were accused of watering down the tradition.

The Spirit of God has not ceased to blow. God continues to speak—not where we think God should but where God chooses. It is still Pentecost! Many have received tongues of fire and have a new word for the church and the world—a word of the wonders of God, of the liberating and healing power of grace, and a word of challenge for the church to dare risk it all and follow Christ into the places of great pain, to pour ourselves out as a healing balm on the wounds of our society and the planet.

Lent is a season of fasting, and Advent is one of waiting. Pentecost should be a season of listening. Let’s listen with open hearts to the theologies, liturgies, practices, testimonies and music of different cultures, groups and traditions—including people with different disabilities—through which the Spirit is speaking.

If we listen carefully, we, too, will be amazed that we can understand what they have to say and be transformed by it. How can we hear them in our own language (Acts 2:8)?

And for those from minoritized groups, let us boldly proclaim what the Spirit is giving us. This Pentecost, let us listen to the voices within our own culture and traditions and be surprised by what the Spirit is doing among us—giving us dreams, visions and prophecies for the healing of our society and planet, and for the upbuilding of our beloved church.

Carmelo Santos
Carmelo Santos is ELCA director for theological diversity and ecumenical and interreligious engagement in the Office of the Presiding Bishop.

ELCA commemorates 500th anniversary of Luther’s Freedom of a Christian

“Our neighbor’s house is on fire”