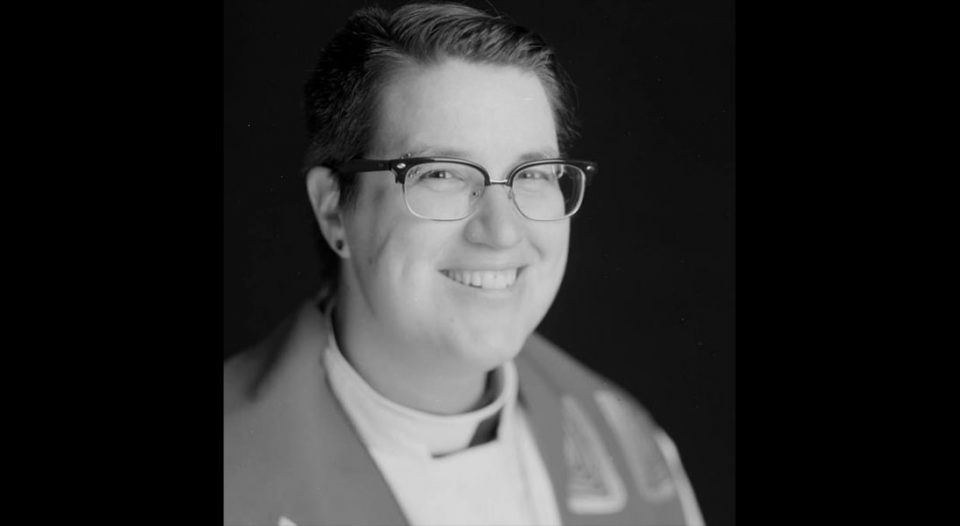 Courtesy of the Sierra Pacific Synod

Megan Rohrer was elected bishop of the Sierra Pacific Synod of the ELCA May 8.

Editor’s update: Megan Rohrer was installed as bishop of the Sierra Pacific Synod Sept. 11, 2021, at Grace Cathedral in San Francisco.

When Megan Rohrer was elected bishop of the Sierra Pacific Synod of the ELCA last weekend, the first thing they felt was shock. “I never would’ve expected it,” they said. “I felt very humbled. It was exciting and surprising at the same time.”

Rohrer’s path in the church hasn’t always been an easy one—but they never doubted their Lutheranism. Rohrer, the first openly transgender pastor on the ELCA roster, was ordained extraordinarily by the Extraordinary Candidacy Project (which became Extraordinary Lutheran Ministries) in 2006, when the ELCA did not yet allow LGBTQIA+ rostered ministers to serve openly. In 2010, Rohrer was one of the first seven pastors received into the ELCA after the 2009 Churchwide Assembly voted to change that policy.

“I had wondered if the Lutheran church would be able to have me in it, but I never wondered if I was a Lutheran,” Rohrer told The Lutheran in 2015. “I’ve always had this deep sense in my gut that God was with me.”

Elected May 8 during an online synod assembly, Rohrer will serve a six-year term, becoming the first transgender bishop in the ELCA—or any major U.S. Christian denomination. Their installation is scheduled for Sept. 11 at Saint Matthew Lutheran Church in Walnut Creek, Calif.

“When we say all are welcome, we mean all are welcome, and we believe God creates humanity in diversity,” said Elizabeth Eaton, presiding bishop of the ELCA. “This is historic, and as Bishop-elect Rohrer mentioned following their election, this points people to the unconditional love of Jesus.”

“It was exciting and surprising at the same time.”

Ross Murray—senior director of education and training at the GLAAD Media Institute, and an ELCA deacon whose call is to bridge LGBTQIA+ and faith communities—agreed. At a time when anti-transgender legislation is on the rise in the United States, he said, “Bishop-elect Rohrer’s election is a message to the world that Christ’s gospel and participation in the life of the church is open to LGBTQ people.”

One of Rohrer’s primary hopes for the Sierra Pacific Synod is to focus on evangelism. “In the first couple of days since my election, if the media excitement alone is any indication, then I think evangelism is definitely being stirred up by the Holy Spirit,” they said.

“For every media opportunity that wants to know about me, my hope is to talk more about Jesus and about the ways that the Lutheran church is on the front edge of disaster response and poverty work.”

Rohrer will be the fifth bishop for the Sierra Pacific Synod, succeeding Mark Holmerud, who has served since 2008 and will retire June 30.

“I look forward to their installation,” said Holmerud, “especially since I was blessed to be a part of Pastor Rohrer’s extraordinary ordination in 2006 and service of welcome to the roster of the ELCA in 2010. May God’s peace and the guidance of the Spirit be with Bishop-elect Rohrer as they serve and lead in our midst.”

Rohrer, who has served as pastor of Grace Lutheran Church in San Francisco since 2014, is a lifelong Lutheran. They grew up as a member of St. Paul Lutheran Church in Clark, S.D., a community Rohrer describes as “a small, rural congregation, but with a giant heart.” Rohrer recalls “the delight of both being fed by church and wanting to be someone who is participating in ministry and caring for other people.”

That holistic approach to ministry and involvement in the community is one aspect of their formative experience in the church that Rohrer has tried to replicate in their own ministry and plans to focus on as bishop. When Rohrer’s parents were divorcing, the family received counseling through Lutheran Social Services. “A large part of my well-being as a small child and [as I was] developing wasn’t just in church pews and in church spaces,” they said, “but also through the ministries that our church lifts up in the world.”

Rohrer emphasized their gratitude to those who serve in ministries such as Lutheran Social Services. “You never know—when they’re caring for folk, maybe one of them will grow up and be a bishop someday.”

In addition to their congregational ministry, Rohrer served for 12 years as executive director of Welcome, a nonprofit organization serving people who experience hunger and homelessness in San Francisco. Rohrer has also served as community chaplain coordinator for the San Francisco Police Department and will retain a volunteer position as police chaplain.

“When we’re in the midst of so much change and of fear about the pandemic, to be able to live into hope and to grasp onto grace now is extremely important.”

Rohrer’s chaplaincy has involved duties such as blessing badges and praying for officers, as well as serving on an executive committee that has developed a strategic plan for bias-free policing. As chaplain, they also participated in a 2019 public forum at which San Francisco Police Chief William Scott apologized for unjust policing of the LGBTQIA+ community.

Aware of the many challenging aspects of the cultural moment the church faces, Rohrer said that Lutherans are called “to do the best we can to live into grace rather than living into fear.”

Rohrer was struck that their election came amid a global pandemic and a time of uncertainty. “Instead of acting out of fear, the Sierra Pacific Synod acted out of hope and compassion and love,” they said. “The way that we respond to this pandemic is maybe more like Martin Luther responding to the black plague: to live boldly and forgive more boldly still, rather than being afraid to be in community with each other.”

Rohrer expects that principle to guide them as they approach their new call. “Especially in times like this, when we’re in the midst of so much change and of fear about the pandemic, to be able to live into hope and to grasp onto grace now is extremely important.”

For resources on sexual orientation and gender identity, visit reconcilingworks.org/resources/sogi.

No storm can shake my calm