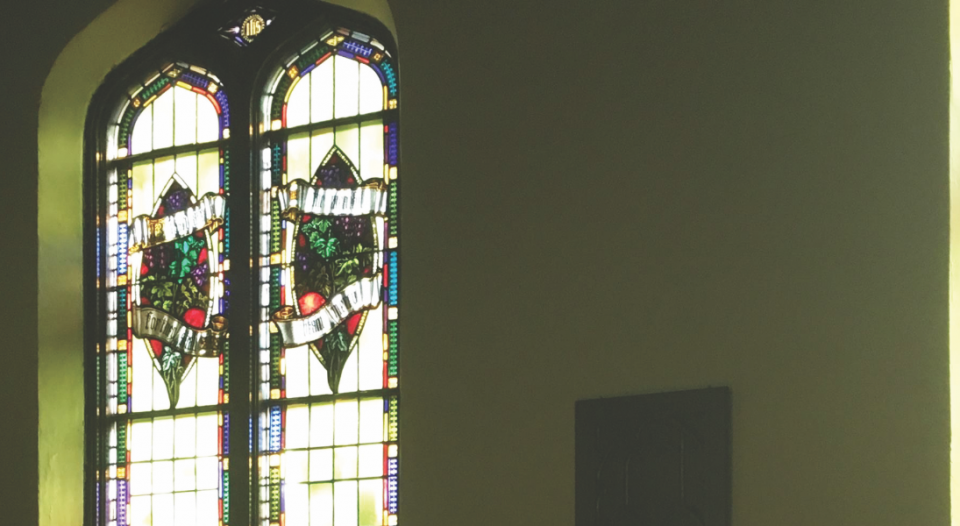 In June 2018, Miriam Vargas faced an almost unimaginable fate. A native of Honduras living in Columbus, Ohio, she received a deportation order from Immigration and Customs Enforcement (ICE), meaning she would be forced to leave her daughters—ages 3 and 9 at the time, and both U.S. citizens—and return to her home country.

Vargas came to the United States on a six-month visa in 2006. While she had checked in with ICE every six months for five years, a new executive order in 2017 broadened deportation policies. Taking her children back to Honduras, she said, was out of the question because she feared her girls could be trafficked or killed if they returned. Sanctuary was her only option.

That’s when First English Lutheran Church stepped in. Contacted by local immigrant advocate Rubén Herrera, the congregation offered sanctuary to Vargas and her family to prevent her deportation.

“She’s a mother, and she has two beautiful girls, and all she was trying to do was raise her girls in this country,” said Sally Padgett, pastor of First English. “One has severe special needs, and the trauma that would be involved in losing their mother at such critical ages would be significant.”

Yet the confinement of sanctuary can be difficult for guests to tolerate as weeks turn into years, particularly if they have children or other family who are living outside the church walls. “I couldn’t go with my girls to the park, a doctor’s appointment or a school event or a birthday party,” Vargas said. “It was hard because I knew I couldn’t leave the sanctuary.”

“Being able to breathe the outside air, to feel the weather change, to be with my daughters and experience daily life with them just like anybody—it’s amazing.”

For Vargas and her family, stepping outside the church was a moment of joy and of gratitude toward all those who had helped them.

“It’s been absolutely amazing, just marvelous,” she said. “Being able to breathe the outside air, to feel the weather change, to be with my daughters and experience daily life with them just like anybody—it’s amazing.

“And knowing there were so many people who supported me with huge hearts without even knowing me—I’m extremely grateful they believe in united families and keeping us together.”

Living Lutheran first shared Vargas’ story in a May 2020 article on the 2019 ELCA Churchwide Assembly’s vote to declare the ELCA a sanctuary body. Since then, the ELCA Church Council has approved a motion to recognize that the ELCA’s ministry as a sanctuary church body is a public witness that calls members to value the dignity of each human being made in God’s image.

At its April 2021 meeting, the council also encouraged an understanding of the word “sanctuary” that is rooted in the principles of walking alongside, or accompanying, immigrants and refugees but acknowledged that “sanctuary” has no legal or universally accepted definition.

This action also affirmed the guidance provided in the “ELCA Church Council Sanctuary Guidelines” for ways congregations, synods and the churchwide organization can accompany and support the ministry of sanctuary.

As part of the ELCA initiative Accompanying Migrant Minors with Protection, Advocacy, Representation and Opportunities (AMMPARO) passed in 2016, sanctuary congregations make a public declaration that walking alongside immigrants and refugees is a matter of faith.

“The new sanctuary movement expanded the idea of sanctuary congregations from just hosting people to also being engaged in advocacy and other work for the sanctuary movement in the U.S.,” said Mary Campbell, AMMPARO program director. “At a very basic level, sanctuary is the church’s response to family separation—we value the capacity for families to live together.”

“Sanctuary is the church’s response to family separation—we value the capacity for families to live together.”

Campbell said there are currently 47 sanctuary congregations in the AMMPARO network, and among those, seven have hosted immigrants in the past few years.

Because immigrants in sanctuary can’t set foot outside the church for fear of being arrested, congregations that house them must be equipped to provide the space and facilities necessary for everyday life—in many cases, for years at a time.

“You have to have showers available, a kitchen and all that stuff,” Padgett said. “[Vargas and her family] started living in one of the educational rooms in the church, but after the first year we realized that was too small, so we moved out of our offices, which are almost like apartments, so her family could move into them.”

Padgett said housing immigrants and refugees is a complex process, and congregations usually need assistance to provide everything their residents will need. “Other organizations helped—we couldn’t do it alone,” she said. “People helped with groceries, or if [Vargas] needed a doctor’s appointment.”

Despite the complexities, sheltering Vargas and her family allowed the congregation not only to help someone in need but also to see the power of their faith in action, Padgett said. “God never tells us it’s going to be easy—we have to step out in faith,” she added. “That’s what our church did—we stepped out in faith.

“We live on a shoestring budget as a church, but we trusted that God would provide, and he did. We were very blessed by Miriam’s presence.”

Visit elca.org/ammparo to learn more about the AMMPARO strategy. To advocate for justice for migrant families, go to elca.org/advocacy.