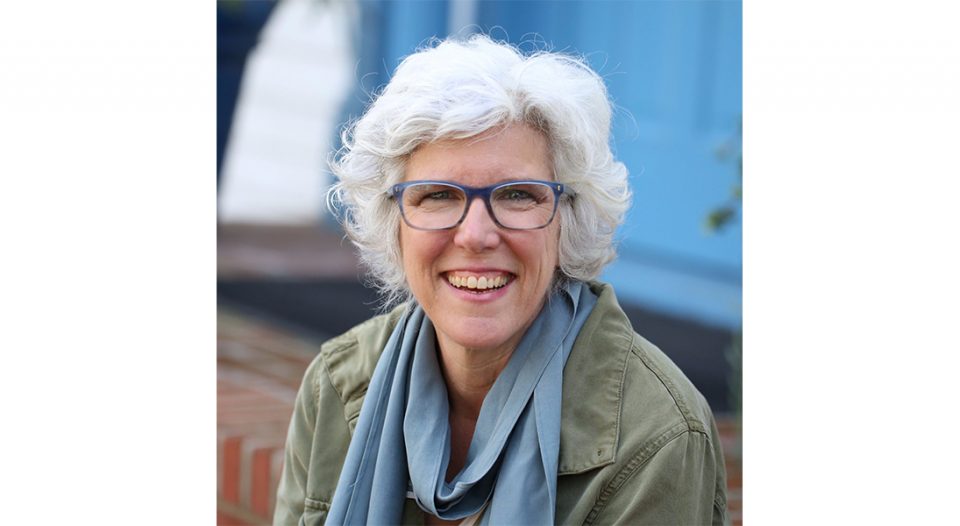 Courtesy of the Southwest California Synod

Brenda Bos was elected bishop of the Southwest California Synod of the ELCA June 5.

Many bishops have had interesting and varied career paths to their current calls. But most of those paths don’t travel through Hollywood.

Brenda Bos of Glendale, Calif., was elected June 5 to serve a six-year term as bishop of the ELCA Southwest California Synod. But before entering ministry, she spent 18 years working in production for Warner Bros. Television.

As a production staff member for sitcoms such as The Golden Girls, Mad About You and Suddenly Susan, Bos said, “I was always taking care of a lot of people who were working at their maximum skill.” She believes that “a huge part of being a pastor and, certainly, a bishop, is [asking,] how do we give people what they need to be the best version of themselves—live into their vocation, live into their faith?”

For Bos, living into vocation and faith is about wholeness. “It’s a wholeness that’s got gender and sexuality and personality and [an] emotional palette, all of those things are becoming more fully realized,” she said. “And as we become more fully realized is when God says, ‘That! That full person, that’s the one I want.’ Some of us are called to rostered ministry and some of us are called to other beautiful vocations that have nothing to do with rostered status.”

“As we become more fully realized is when God says, ‘That! That full person, that’s the one I want.’”

The first openly lesbian bishop in the ELCA, Bos said her call to ministry was directly tied to her coming out, something she finds to be common in the LGBTQIA+ community. “The integration of my sexuality and my spirituality has been a key piece of my evolution as a spiritual person and a religious leader,” she said. “They’re almost inextricable.”

The process is about recognizing your full personhood, Bos said. “As you become a fully integrated person who has come out to themselves, you realize that God has created you this way, God delights in you,” she said. “That empowerment, that acceptance of grace, happens to look like a certain sexual or gender acceptance and celebration for an LGBTQ person, but all of us need to come to terms with God’s unrelenting love and grace.”

Bos said she didn’t necessarily spend much time thinking about the historic nature of her election, but she embraces her role. “It matters so much to the community that I joyfully carry that banner,” she said. “I’m just being me. It really matters to those in my community and those who went before and those who are coming after me.”

“A straight shot to God”

Murray D. Finck, interim bishop of the Southwest California Synod, ordained Bos in 2014. “Amid a remarkable calling in television production, God summoned Brenda Bos into a new and different avenue of communication,” said Finck, who served as bishop of the Pacifica Synod from 1998 to 2016, in an email. “Brenda followed that call into a ministry of Word and Sacrament in the Evangelical Lutheran Church in America, bringing with her the diversity of her gifts, life experiences and personal identity.”

Affirming Bos’ “faithfulness, her leadership skills and her gifts of communication and proclamation, the Spirit of God and the people of the Southwest California Synod have now chosen Brenda to lead this synod as its fifth elected bishop,” Finck said.

Bos believes “God wants us to be the best version of ourselves.”

Bos identified anti-racism work and financial health as the synod’s most pressing business. Upon learning that she’d been elected, she was “really grateful, because I felt that I had been able to be very authentic to who I think God has called me to be and what I imagine the future of our synod is,” she said. “That those messages could be sent to the synod and then get an affirmation was a really joyful thing.”

Bos believes “God wants us to be the best version of ourselves.”  The church’s job, she said, is “to help people discover what that is and then provide them with the resources and information to become that.

“As a pastor, I just wanted to connect people to God and show them that God was this close and this in love with them. I think that’s the role of the church, is constantly removing any barrier that sin, or our own self-doubt, or society has put on us, to take those away and give us a straight shot to God.”