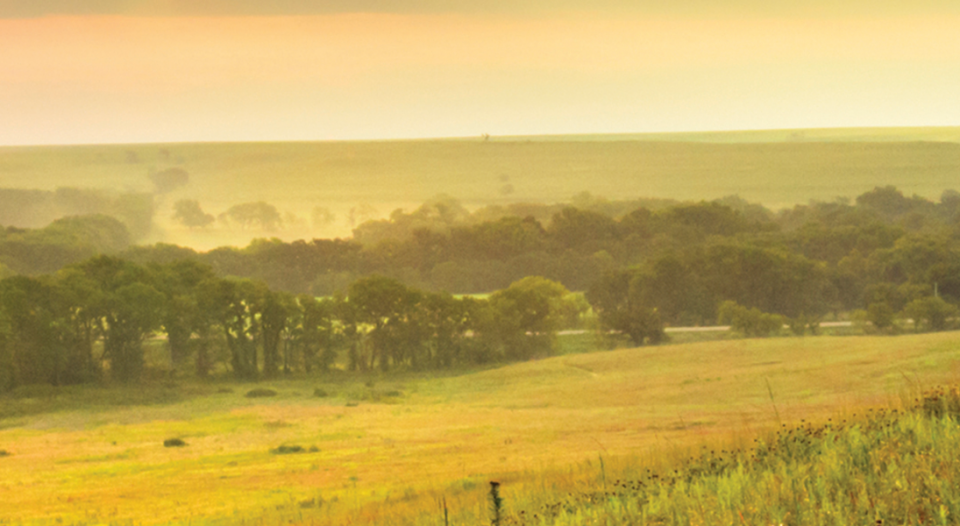 For many years, I gave little thought to the complexity of my being Osage, Lutheran and gay. Growing up in the Osage nation and learning about my Osage ancestors, history and customs; following my path to self-acceptance as a gay man; embracing the Lutheran Christian faith—these seemed to be three quite different aspects of my story. And though they overlapped chronologically, they didn’t always connect.

Now, after years of reflection and with more experience interpreting my own story, I have begun to understand how all this made me who I am.

My earliest sense of self was being a mixed-race Osage boy from Oklahoma, and this was how I first understood where I belonged in the American story. It placed me in a family, in a tribe and in a geographical location. Unlike many ELCA members, I was born into a family that wasn’t Lutheran or even Christian. My mostly white family members were culturally Protestant, but only barely.

In spite of that, I was always interested in “church” as a point of belonging and identity for my friends and neighbors. It might have been the story of the Osage nation’s encounter with Christianity—and the question of why my family wasn’t part of the faith—that got me started thinking about what “church” meant to people. Wherever that interest might have begun, it was reinforced by later experience to become the main focus of my work as a scholar.

Historically, most Osage Christians were Roman Catholics, and our encounters with French Catholic priests in the late 17th century shaped our view of Christianity. But the white Protestant culture that surrounded us later, after the Louisiana Purchase made us part of the United States, eroded the Catholic hold, and the Native American Church (a pan-Indian collection of spiritual traditions) partly replaced the Osage traditional religion, which had faded with the generations who spoke only the Osage language. My Osage family was Catholic, but only formally so. Their culture and ethics were Osage with an overlay of middle-class white American.

The idea that God loves us in spite of our saint/sinner reality was liberating to me.

There wasn’t a single Lutheran church in the Osage nation. I was first exposed to Martin Luther in college, studying the Reformation in a history class. I immediately found him fascinating as a great and relevant thinker. Luther’s clear-eyed understanding of human nature as a blend of selfishness and selflessness, always caught between hope and fear, seemed realistic to me in a way more abstract religious thinking did not.

Luther’s emphasis on God coming to us in Jesus, meeting us in our humanness instead of demanding that we somehow transcend ourselves to know God’s love, seemed the most powerful and convincing way to find a God in whom we can truly trust. I’ve  never found perfectionistic religious thinking to be either convincing or attractive. Why would a God who chooses to be with us as we are need us to become essentially different in response to that love? The idea that God loves us in spite of our saint/sinner reality—or maybe even because of it—was liberating to me and made “being Christian” seem possible. I see that now as the work of the Spirit.

Being gay was also part of my story. In college I came to terms with a sexual orientation I had never understood before. I had no trouble knowing who I was—I just had a hard time imagining a whole lifetime of being that person.

This was in the 1970s, just as LGBT identity came into public conversation, and I matured in the 1980s, in the midst of the AIDS crisis. Again, Luther’s earthy, no-shame view of humanity helped me find God even amid a suffering community of friends and peers.

Though I survived that era, I carry it with me the way a war veteran does his service: changed, carrying some guilt, but happy to have come through alive. I had an accepting Lutheran church family by then, and that helped.

Late in life, I have woven these three aspects of my life—Osage, Lutheran, gay—closer together, and I am a happier, more complete person for it. The tensions are still there, in ways I can sometimes feel. But even in the pinch-points, I find a God who loves me in my complexity and even in my self-contradiction. In that trust I can truly live.

R. Guy Erwin
R. Guy Erwin (Wazhazhe/Osage Nation) is president of United Lutheran Seminary, and served from 2013 to 2020 as bishop of the Southwest California Synod. He was the first openly gay and Native American bishop in the ELCA. For over 25 years he has taught about the Reformation and Martin Luther in universities and seminaries.

Forming leaders: Then and now

What it means to be Lutheran