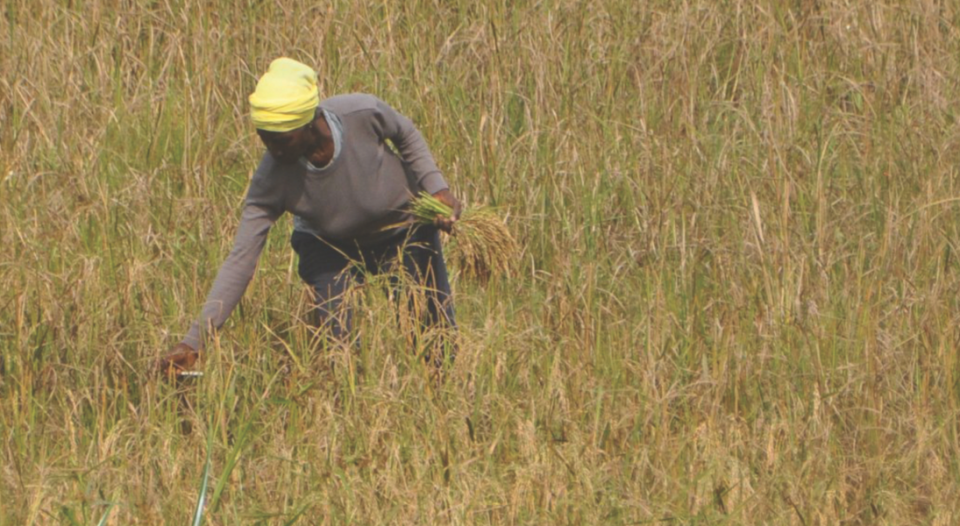 A woman works in a rice field in Liberia, where the Lutheran Church in Liberia has implemented a new project called LIFE-Liberia to create greater self-sufficiency in food production.

COVID-19 has affected people all over the world, and Liberia, in West Africa, is no exception. But the effects there were different from most of the Western Hemisphere.

To contain the virus, the Liberian government issued social restrictions at an early stage, including mask-wearing, social distancing, no unnecessary travel and no large-group meetings. The government also closed the country’s borders.

While these restrictions contributed to the relatively low level of COVID-19 infections and deaths, Liberia began to run out of rice, its staple food. As rice became scarce, its price increased and its quality fell below standard.

The reason for the scarcity was simple: Liberia imports more than 70% of its rice. When the borders closed, Liberians who were already challenged economically couldn’t find or afford it.

The Lutheran Church in Liberia (LCL), an ELCA companion, is 161 years old and, since its founding, has focused on three things: preaching, teaching and healing. But as D. Jensen Seyenkulo, LCL presiding bishop, explained, a dream from God inspired him to add a fourth focus: feeding.

Seyenkulo had been studying Matthew 14, in which Jesus gives his first disciples a mandate to “give [the people] something to eat” (16). He began to think of those words as a mandate to 21st-century disciples as well.

Seyenkulo (the author’s husband) had been studying Matthew 14, in which Jesus gives his first disciples a mandate to “give [the people] something to eat” (16). He began to think of those words as a mandate to 21st-century disciples as well and felt that the Christian church in Liberia should live up to its calling by helping people use the climate, the fertile soil and their farming expertise to feed themselves and their nation.

As LCL leaders began to create this ministry, they drew on relationships with the United Methodist Church and the Episcopal Church, already its partners in other ministries. The churches also enlisted the national government; the University of Liberia; AfricaRice, an intergovernmental organization; and a Baptist  church.

The project was named the Liberian Initiative for Feeding Everyone—or LIFE-Liberia—by a rural LCL pastor. It aims to reduce dependence on rice imports by focusing on the following objectives in rural Liberia:

LIFE-Liberia has the potential to turn a nightmare of food scarcity into the dream of God’s kingdom, with God’s people in Liberia becoming self-sufficient in their food production. Seyenkulo and the staff of LIFE-Liberia continue to pray for God’s guidance of, and blessings on, their work.

A little becomes a lot