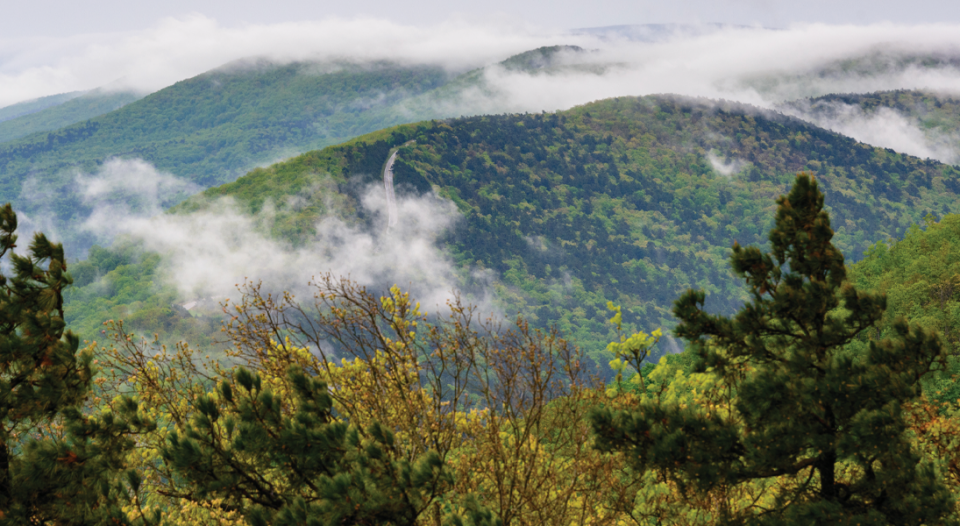 Series editor’s note: Throughout 2021, “Deeper understandings” will continue to engage the ELCA’s commitment to authentic diversity. Abraham Allende will carry on this theme next month. —Kathryn A. Kleinhans, dean of Trinity Lutheran Seminary at Capital University, Columbus, Ohio

A few times a year I leave this place and go to that place. This place is the traditional homelands of the Coahuiltecan and Tonkawa peoples, a place specifically and historically known as Yanaguana (renamed San Antonio by invaders and settler-colonizers).

Thousands of migrants and immigrants—mostly of European descent—have settled and colonized this place over the last 300-plus years. San Antonio has become my home now as well, and I’m grateful to the Coahuiltecan people who share this place with me. The Tonkawa were forcefully removed to lands far north of Yanaguana, in what is currently known as Texas, before finally being forced onto their reservation in what is now known as northern Oklahoma.

That place is where I was raised—the Cherokee Nation, also located in northern Oklahoma. You might know it as the Cherokee Reservation, the designated concentration camp where my people lived after being removed from their original homelands by President Andrew Jackson, the U.S. federal government and countless other colonists and settlers. Our reservation is located on the original homelands of the Caddo and Osage peoples, who were also displaced, in one of the largest contiguous federal prisons in history, also known as Indian Territory.

Whether gathering with Lutherans or with Native people, I was always determined to know whose stolen land I was on.

As you might imagine, I journeyed from this place to that place to visit my mother and other loved ones. But, over my 30-plus years of serving the church, I’ve also had the opportunity to see many other places throughout Turtle Island (the name by which many Indigenous peoples refer to North America) as I visited Lutheran siblings, met with congregations or attended events in nearly every one of our 65 synods. Whether gathering with Lutherans or with Native people, I was always determined to know whose stolen land I was on. In the earlier years I was dependent on paper maps and encyclopedias. Later, God made it a little easier by giving us computers and the internet.

No matter what reference materials were available, it took time to learn about the tribal nations that had been removed from—or moved to—the land I was visiting. Today, an Indigenous man from Canada has made the search much easier by creating an interactive website and map app that names the tribes that belong to a particular place. It has proved helpful to my continued learning about place, land and tribal nations.

It has also proved very helpful as I began and continue to practice land acknowledgment—issuing a formal statement that names the original inhabitants of a particular place. Land acknowledgment is a new concept for some people, yet some ELCA leaders have been practicing it for several years. What a joy it has been to witness these sacred moments and to hear from non-Indigenous people across the church who are seeking best practices to get the process right.

A land acknowledgement is only the beginning, the first few steps, of a journey toward truth.

For those seeking guidance on acknowledgments, a new resource is available on the ELCA’s “American Indian and Alaska Native” webpage. The resource defines land acknowledgments, explains why they’re important and provides sample texts.

A land acknowledgment is only the beginning, the first few steps, of a journey toward truth. But whether your congregation wants to begin its justice journey with Indigenous people or you want to practice personal acknowledgment in your community, school or workplace, this new Lutheran tradition of learning about and honoring the original inhabitants of the land where your church and homes now stand will be a mighty witness of your commitment to justice.

Indeed, there are many other actions that can heal both Indigenous and non-Indigenous people, bringing them closer to justice and, eventually, reconciliation. Some of these ways have been listed for us in the ELCA’s “Repudiation of the Doctrine of Discovery” as well as in its “Declaration to American Indian and Alaska Native People.”

The next time I go from this place to that place, ending up in your hometown, at your church for Sunday-morning worship or in your synod for an event, I look forward to hearing about what you have learned, reading a land acknowledgment in your worship bulletin, and hearing a sacred and healing land acknowledgment as we gather for worship.