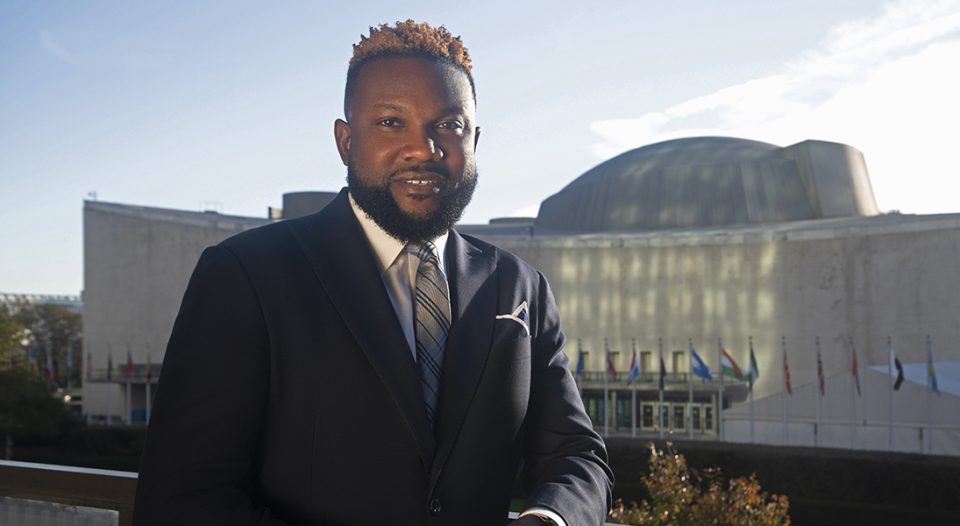 Lamont Anthony Wells, president of the African Descent Lutheran Association (ADLA), has been selected as one of 18 international participants in the United Nations’ (U.N.) Fellowship Programme for People of African Descent. Wells’ acceptance marks the first time an ELCA member has participated in the program.

Established within the framework of the U.N. International Decade for People of African Descent (IDPAD), the fellowship program is a three-week intensive training, beginning Nov. 15, that includes sessions on human rights and anti-racism work around the world; participation in practical activities to strengthen and develop a range of skills, including advocacy fundraising and engaging with existing human rights mechanisms; and meetings with members of the U.N. Working Group of Experts on People of African Descent.

As noted in a supporting letter to Wells from the U.N. Office of the High Commissioner for Human Rights, “Since 2011, the Fellowship programme has been instrumental in building up a global constituency to promote the implementation of the IDPAD. Former fellows have achieved important and inspiring work to protect and promote the civil, political, economic, social and cultural rights of people of African descent in their respective countries.”

“It is my hope to bring back to our church ways to disrupt unjust systems of oppression and advance the kingdom of God.”

Wells, who serves as program director of the Lutheran Campus Ministry (LuMin) Network, said the fellowship program during his interview process expressed interest in his desire to strengthen the ELCA’s focus on supporting community colleges, technical schools, Historically Black Colleges and Universities, and predominantly Latinx institutions. “By doing so we expand our reach to populations that are more economically and ethnically diverse than those institutions of higher learning we have profoundly supported for almost 115 years,” he said.

He hopes to collect data and organize strategy around supporting greater access to education for populations that haven’t historically been the focus of the church’s mission in the development of campus ministries.

Wells selected an education focus for the program but said he’s “likely to include personal passions and concerns that include intersections of gender-based violence, LGBTQ rights—particularly Black trans visibility and homicides—police reform and economic equality for people of African descent.”

He believes his participation in the program “elevates the engagement of the Lutheran witness in support of objectives outlined in IDPAD.

“It is my hope as a leader in the Lutheran tradition to bring back to our church ways to disrupt unjust systems of oppression and advance the kingdom of God, where everyone thrives and has the ability to be free, with access to resources for equality and justice for all,” he said.

A rite of “Passage”