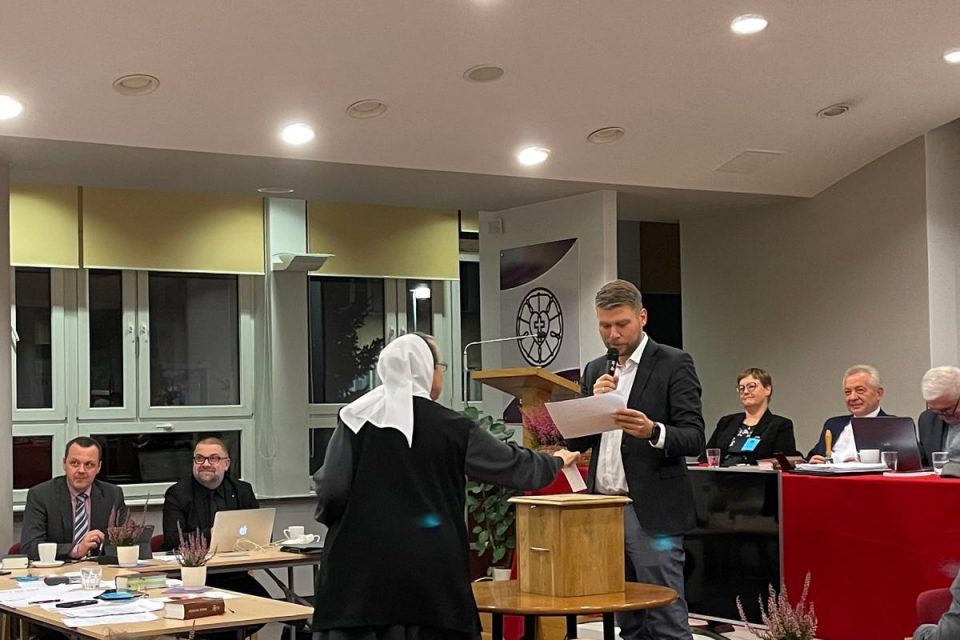 Members of the synod of the Evangelical Church of the Augsburg Confession in Poland vote to ordain women Oct. 16.

In an Oct. 16 decision, the Evangelical Church of the Augsburg Confession in Poland (ECACP) allowed women to be ordained as pastors. Forty-five members of the church’s synod voted in favor of a motion presented by its Commission on Women, with 13 voting against and 1 abstention.

The discussion on the ordination of women in the Lutheran church in Poland has been ongoing intermittently for more than 70 years. During the last vote in 2016, the number of supporters of women’s ordination outnumbered, for the first time, the number of opponents, but still fell short of the two-thirds majority required to change church law.

Jerzy Samiec, presiding bishop of the ECACP, told the Lutheran World Federation, “I believe it’s a good decision and we will see good fruits come of it. It has been a long process for the church and now we will find a way of walking together into the future.”

“In the past I have been approached by women saying they didn’t see a place for them in the church. Now that has changed.”

Samiec added: “I am particularly happy for women who are studying theology. In the past I have been approached by women saying they didn’t see a place for them in the church. Now that has changed.”

Since 1963, theologically trained women in the ECACP have been able to teach, conduct services and engage in pastoral work in parishes. In 2008, the Synodal Commission on Theology and Confession concluded that there were no theological obstacles to the ordination of women to the ministry.

Since 1999, women could be ministers and serve as deacons, leading services and administering the sacraments—including, beginning in 2016, communion—but were not allowed to run a parish on their own or stand for the ministry of bishop. The new resolution will come into effect on Jan. 1, 2022.

First woman ordained in the Evangelical Lutheran Church in Malawi