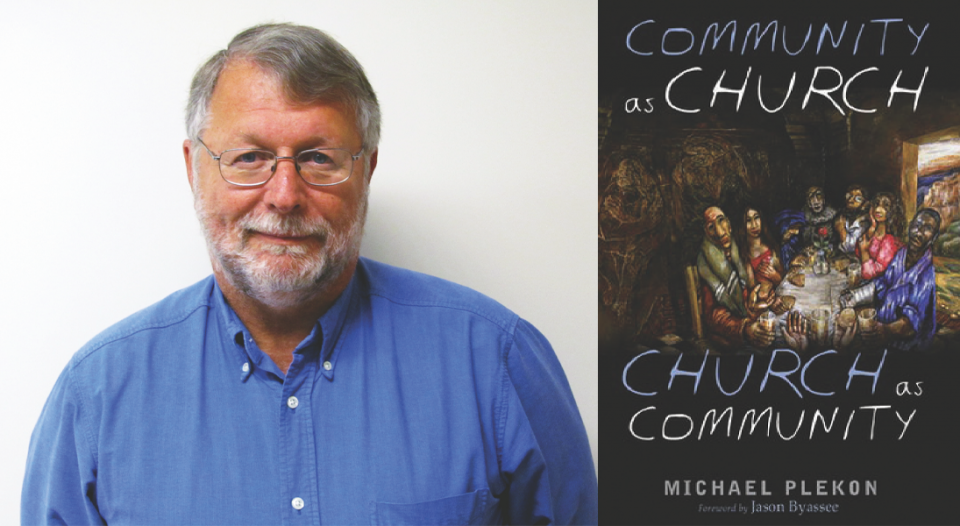 Michael Plekon served for 40 years as a minister in both the Western and Eastern churches, initially as an ELCA pastor and later as a priest in the Orthodox Church in America. He’s also a professor emeritus of sociology and anthropology at the City University of New York’s Baruch College.

That background uniquely qualifies Plekon to explore the topics covered in his new book, Community as Church, Church as Community (Cascade Books, 2021), an ecumenical look at decline and shrinkage in parishes, from both a theological and sociological perspective. Living Lutheran asked Plekon about why he believes the decline is taking place, as well as how congregations are being resurrected by more effectively serving their neighborhoods.

Living Lutheran: Could you tell readers about Community as Church, Church as Community?
Plekon: I first argue that community is at the heart of church, something to which the Scriptures as a whole, and the New Testament in particular, bear witness. Baptism is entry into a fellowship of faith, one which constantly gathers at the Lord’s table to break the bread, share the cup, and then go out to serve the Lord and the Lord’s people in daily life.

Then I take a close look at what data tells us about religious belonging and behavior in our time, in the country and beyond. It’s a picture of increasing shrinkage of congregations, in the decline of those identifying with faith and a community of faith. Pew [Research Center] recently found [that U.S. adults] identifying as Christian had shrunk from 75% to 63% in a decade.

What we see is resurrection, not just death—parishes repurposing space, replanting in their neighborhoods, reinventing themselves and their missions, reimagining what it is to be the people of God in the 21st century.

Those who [identify as] religious “nones” and “dones” are on the rise and have been for over a decade. I explore all this further, probing why the flight from religious organization [is taking place]. But since death and resurrection are at the heart of Christian faith, I then take readers on quite a trip—to congregations all over the country and abroad, from many different church bodies. What we see is resurrection, not just death—parishes repurposing space, replanting in their neighborhoods, reinventing themselves and their missions, reimagining what it is to be the people of God in the 21st century.

What made you decide to write a book on this topic?
My experience in pastoral ministry in the last 40 years, in five parishes, alongside my work as a university professor, scholar and writer. The experience of almost 20 years of seminarian interns from the parish I served was another compelling personal motive. Following their lives, often quite difficult, after being ordained, prompted me. This, along with seeing the enormous changes in parish life from my pastoral beginnings in the early 1980s.

What are some of the most meaningful examples of congregational resurrection you profiled?
One was at Redeemer Lutheran in North Minneapolis, when a dwindling congregation bought adjacent buildings [and] invited local small business in, as well as low- and modest-income residents, to the apartments. They further used surplus parking spaces to create a place for the neighborhood to gather for food trucks and time together on Sunday afternoons.

Another was an Eastern Orthodox parish in Kansas City, Mo., St. Mary, which turned its first floor into space for local nonprofits, clinics, counseling space and, eventually, a pay-what-you-can café, Thelma’s Kitchen. The whole complex, called Reconciliation Services, is now a center for need services in the area, all due to the founding pastor’s vision of extending the feeding of hungry people he and his wife did out their back door decades ago. In both cases, the congregation resurrected to a new life and way of living out the gospel in their neighborhoods.

What do you think Lutherans, in particular, can take away from your book?
[Small] churches are part of my affirmation that small, when it comes to congregations, need not be something to be ashamed of or considered appropriate for closing. Many congregations are small. Small is good. Small is here to stay, for many reasons and in many ways. Lutherans see church as those gathered around word and sacrament, thus empowered to serve God and God’s world in their everyday lives. Church is more than a building, but I show here, in many examples, how a building can be a great tool for service.

How do you hope your readers will utilize the book?
It is not a “how-to” or “recipe” book. … In a way, my book, even with the sociological data and aim to envision what the theological meanings of church might be, is more like the narrative we get from the Acts of the Apostles and the apostolic letters in the New Testament. I don’t mean I have produced a new New Testament. Rather, I have pulled together rich, fascinating stories of disciples of Jesus who have felt the power of the resurrection and are impelled by the Spirit to be church in the 21st century. This is a tall order, considering the trends of shrinkage and decline. Yet, with God, everything is possible.

‘This stuff is real’

“Many ways to be connected”

5 things that happen when you get a new pastor