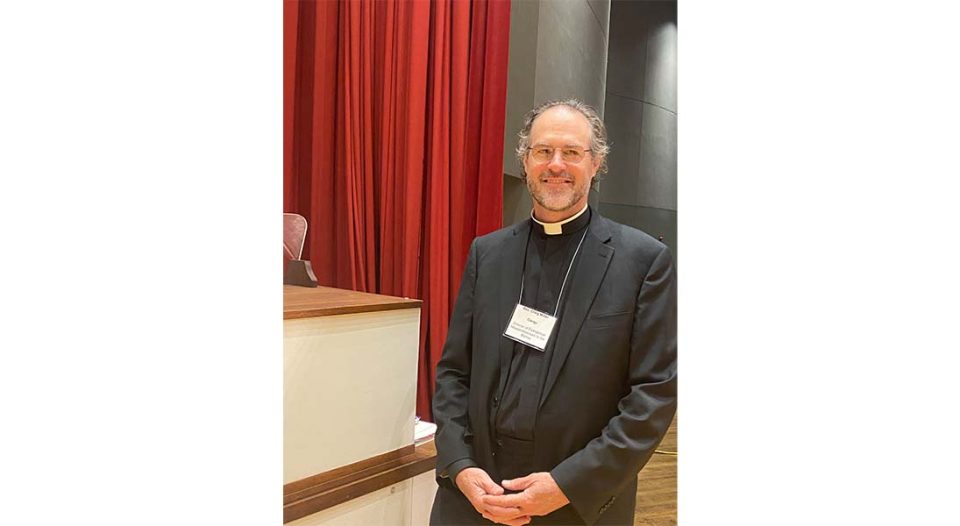 Courtesy of the Upper Susquehanna Synod

Although Craig A. Miller of Mifflinburg, Pa., knew he would be a candidate for the position, he says he was unprepared for the results when he was elected on June 18 to serve as bishop of the Upper Susquehanna Synod.

“Between the third and fourth ballots, I had begun to think about what I would do when I lost—what new role I would play in the church,” he said. Although he is now eager to begin his new call, when Miller learned the results of the fifth ballot, he felt “shock and disbelief, joy and not a little fear.”

Miller will take office Sept. 1, with his installation scheduled for Sept. 17 at Zion Lutheran Church in Sunbury, Pa. He has served as assistant to the bishop and director for evangelical mission for the synod since 2016. Previously he was pastor of Our Saviour Lutheran Church in Brooklyn, N.Y.

Miller grew up in Brooklyn, where his interest in ecology and the environment from an early age led him to the State University of New York College of Environmental Science and Forestry in Syracuse. After earning his Bachelor of Science degree in forestry, he worked in environmental oversight of utility construction projects and as a project manager and inspector for asbestos abatement.

“The gospel empowers all of us to minister in Jesus’ name.”

Then, “with the urging of my spouse, I attended seminary,” Miller said of Nancy Morgan, whom he married in 1990. He earned his Master of Divinity degree from the Lutheran Theological Seminary at Philadelphia (now United Lutheran Seminary) in 1996.

He may have served in an urban ministry context for two decades, but Miller is acutely aware of the congregational makeup of the synod. “With 116 small congregations—[none of which] averages over 200 at worship—in mostly rural areas, our ministries will thrive only when our members grasp the power of the gospel for themselves,” he said.

“We need to train our congregation leaders to effectively manage their affairs in ways that free these congregations for God’s mission. The gospel empowers all of us to minister in Jesus’ name.”

Miller also points to the synod’s leaders and members serving one another as a priority for its future. “We will grow and build on relationships in our synod between congregations and among leaders in ways that help us to become better examples in our communities of God’s love in action,” he said, “not just through service to our neighbors but in how we live and work with each other.”

Filled with the Holy Spirit