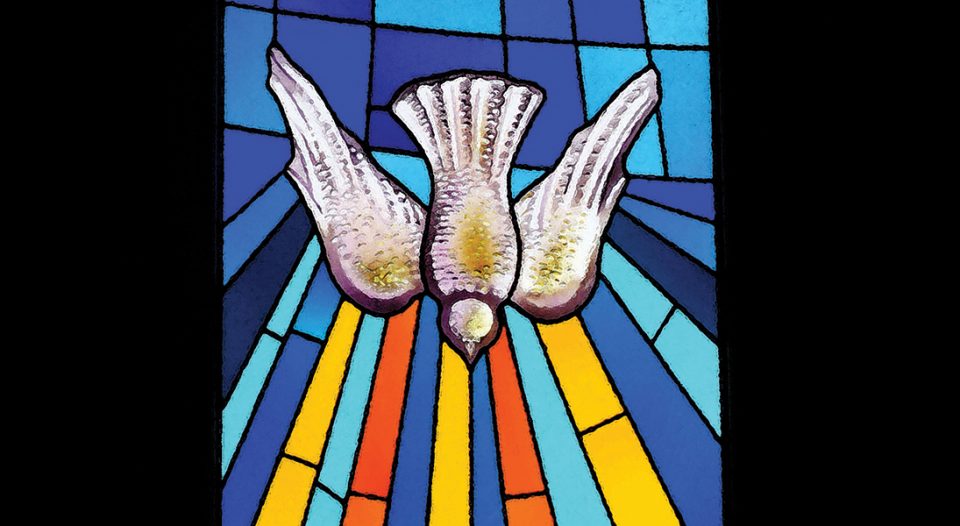 Editor’s note: This article originally ran April 2, 2018. With global migration on the rise and cultural polarization increasing, there is a pressing need for peace among neighbors and nations. In the six-part series “Lutheran legacy of peacemaking” we explored Lutheran contributions to the Christian tradition of peacemaking. This series culminated in the September 2018 issue in conjunction with the International Day of Peace, Sept. 21.

Lutherans have a complex history with regard to peace and conflict. German theologian Dietrich Bonhoeffer, Liberian activist Leymah Gbowee and Martin Luther reflect the paradox found in our church’s legacy of peacemaking. Today, as a global communion of 145 churches in the Lutheran World Federation, we journey toward peace, unity and healing together. We do so as a communion focused on naming the truths of our past while working toward open dialogue with those whom we find both differences and commonalities. Our journey as Lutherans in the 21st century is one of ecumenical and interfaith exchange and understanding.

A biblical basis for peacemaking

Just as Luther sought to frame inquiry through the lens of Scripture, we, too, must study how peacemaking is rooted in the word of God as we survey its role in church and society.

The New Testament includes only two instances in which peacemaking is mentioned. In Matthew 5:9, Jesus proclaimed: “Blessed are the peacemakers, for they will be called children of God.” And in Colossians 1:20 the word “peacemaker” is invoked to describe Jesus in his sacrifice on the cross. Both instances call Christians to reflect on peacemaking as a task tied to the cross and the liberation we find in Christ’s gift of grace.

Time and again we hear Jesus commanding us to a life of love and sacrifice for others. In 2 Corinthians 5:18-19, Paul proclaims: “All this is from God, who reconciled us to himself through Christ, and has given us the ministry of reconciliation; that is, in Christ God was reconciling the world to himself, not counting their trespasses against them, and entrusting the message of reconciliation to us.”

Love, peace, justice and reconciliation were central to Christ’s life, death and resurrection. If Christians are to take the task of peacemaking to heart, we must understand the root of conflict. Centuries of division among Christian denominations, including Lutherans, have begun to turn into opportunities for dialogue in the past half-century.

Pursuit of relationship and reconciliation

At the heart of peace is healthy relationship. Every form of conflict from Genesis to today can be linked to a fractured relationship. While Christ has already accomplished reconciliation through his death and resurrection, God calls us to operate as peacemakers and menders of relationship. What does this look like in practice? For the ELCA, this manifests through the theology and practice of accompaniment.

“God’s mission is to restore community. These restorations happen on two levels: in our relationship with God and in our relationship with one another as individuals and communities, said Rafael Malpica Padilla, executive director of ELCA Global Mission. “How do we engage the other because we know that we are different? This is what accompaniment does—it helps us see the face of God in the other.” Through the accompaniment model, we can see that our individual and collective stories are reconciled within God’s story.

God calls us to operate as peacemakers and menders of relationship. What does this look like in practice? For the ELCA, this manifests through the theology and practice of accompaniment.

Because the task of peace is a relational one, it’s impossible to cultivate it without the honest and open naming of truths among communities. Luther said a theology of the cross calls things as they are. We are called to collectively name the reality of our fractured world, knowing that everything has already been accomplished in Christ. In reconciliation, the individual identity and truth is combined with the identities and truths of others. Therefore, a Christianity of reconciliation must be practiced as a communal expression.

In Reconciling All Things (IVP Books, 2008), Ugandan Catholic theologian Emmanuel Katongole expressed the need to turn away from individualistic Christianity to carry out the work of reconciliation: “The problem with individualistic Christianity is what we call ‘reconciliation without memory,’ an approach that ignores the wounds of the world and proclaims peace where there is no peace (Jeremiah 8:11).”

Luther’s actions began a new age of human self-awareness and liberation of thought, but also added the complexities of individualism to the church. While modern thought values individual expression, it should be cultivated not to simply stand on its own, but to be celebrated as a piece of a larger, more beautiful sum. A reconciled world is one that sees all of creation as part of God’s story.

Accompaniment is an approach to mission practiced by the ELCA and its global companions. It is defined as walking together in a solidarity that practices interdependence and mutuality.

Developed by Latin American Lutheran churches and ELCA Global Mission staff, accompaniment was formally adopted by the ELCA unit in 1999.

Next: In May this series will explore the life of Dietrich Bonhoeffer.