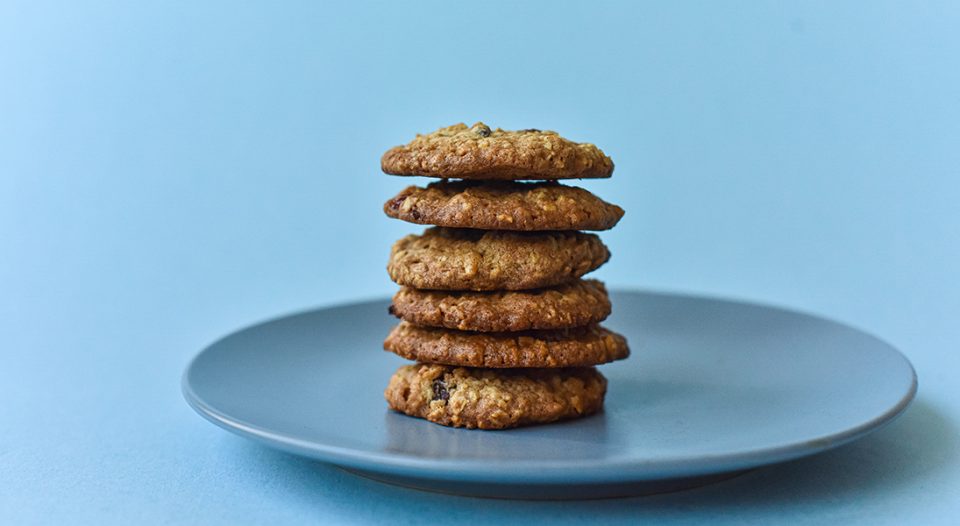 Sue and I approached the first house with trepidation. I had some paper and a pen in my hands, she balanced a tote bag full of plates of cookies carefully on her arm. We knocked on the door. A teenage boy with a parrot on his shoulder opened it and looked at us expectantly.

“Um, hi!” I said, in an overly cheerful tone that didn’t quite mask my anxiety. “We’re your neighbors, and here, we brought you cookies!”

He invited us in. The parrot fluttered over and landed on my shoulder, and when I reached out to touch its beak, it bit me. Hard. I soldiered on.

“So, we’re from New Promise Lutheran Church just down the street? And we’re out and about because we own a house right next to the church? And we’ve been trying to figure out what to do with it?” (Why was I ending every sentence like a question?) I cut to the chase. “We’re just hoping to get some input from our neighbors before we make a decision. Is there anything you think this neighborhood needs that it doesn’t have?”

He shrugged. “I dunno. I just moved here.”

We took our leave, and I heaved a sigh of relief. “One down,” I said, and we hiked on to the next.

We didn’t know our neighbors

This was all part of a process our congregation had been working on in a Faithful Innovation Online Community through Faith+Lead, an ecosystem of resources from Luther Seminary, St. Paul, Minn., to help everyday disciples and congregations get to know Jesus better, be guided by the Spirit to find their purpose, and join with God in healing the world. (Full disclosure: I serve as director of digital strategy for the platform.)

As part of our learning community, a small group from our congregation was tasked with listening to God, each other and our neighbors to discern where we might reach out as a presence of Jesus’ love. One thing we discovered was that we didn’t know the neighbors right around our church building, situated in a dense residential area of St. George, Utah.

Ours is the only ELCA congregation within 150 miles and one of just a handful of non-Mormon churches in town. As such, we attract members from all over southern Utah—mostly transplants from other areas. It makes for an interesting, vibrant congregation but one that has been largely disconnected from the immediate neighborhood.

A small group from our congregation was tasked with listening to God, each other and our neighbors to discern where we might reach out as a presence of Jesus’ love.

We started wondering: What would happen if we tried to talk to the neighbors near us? And that’s when Operation: Cookie Conversations was born.

The idea was simple. On a 0.75-acre lot immediately adjacent to the church building stood a house that had been gifted to the congregation several years prior but was underutilized. Over the years several ideas had been proposed for ways to make better use of it, but nothing had stuck. We thought: What if we brought cookies around to our neighbors and asked them what they felt the neighborhood was missing?

Not only would this help us solve the problem of what had been lovingly dubbed Promise House, it would give us an excuse to get to know our neighbors better.

We recruited several congregation members to bake cookies and several more to go out two by two on a Saturday morning to deliver them to neighbors and ask how we might use this property to be a blessing.

I was incredibly nervous. I grew up in the Church of Jesus Christ of Latter-day Saints and served a proselytizing mission to Bulgaria in my early 20s. The responses were so negative that after I came home I vowed I would never again go door to door peddling religion. But this was different, I told myself—and boy, was it!

Biting parrots aside, our groups had dozens of warm, open, interesting conversations with neighbors. Most of them knew exactly which church we were from, and they had ideas. Food pantry, community garden, coffee shop, pickleball court, tutoring center, co-op, playground—one neighbor even suggested a Laurel and Hardy museum to house his extensive collection of Laurel and Hardy memorabilia.

We’ve discovered a world of neighbors right outside our doors and learned that God wants us to know them better so that we can love them better.

We took the posture that no suggestion was off-limits; we were there to listen. We discovered that when you approach people with that sort of openness, they are more than happy to share. Once the plates of cookies had been dispersed and the groups returned to the church, the fellowship hall buzzed with stories of new connections and ideas.

For our next steps, we’re going to do one more round of Cookie Conversations with neighbors we didn’t get to meet the first time and then a round of listening with our congregation members before narrowing down the suggestions to a few that we’ll consider seriously. I am confident that whatever comes out of this will align with God’s call on our congregation to be a blessing in our community.

Perhaps just as importantly, though, the mere practice of listening has been a game-changer. As a congregation, we’ve discovered a world of neighbors right outside our doors and learned that God wants us to know them better so that we can love them better. This has opened new conversations within and beyond our congregation, and an imagination for ministry that wasn’t there before.

Turns out a plate of cookies and an open heart can go a long way.

Katie Langston
Katie Langston is pastor of mission and outreach at New Promise Lutheran Church in St. George, Utah, director of digital strategy for Luther Seminary’s Faith+Lead, and author of Sealed: An Unexpected Journey into the Heart of Grace (Thornbush Press, 2021).

For the sake of the neighborhood