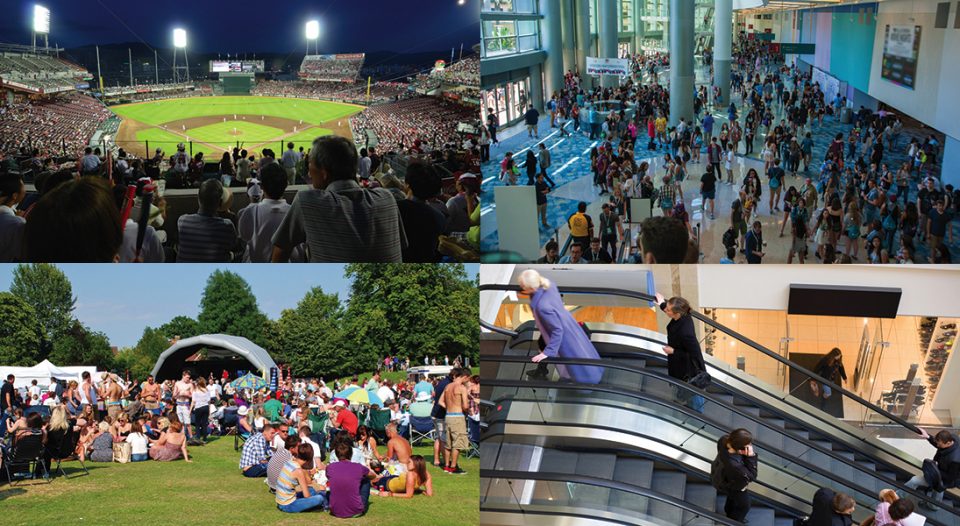 A strip mall. A baseball game. A work convention. A holiday gala. What do these things have in common? They are some of the myriad events and places where people may fall victim to exploitation and human trafficking.

So what do you need to know?

1. People of all ages, genders and racial backgrounds can fall victim to trafficking.

While women and children are more likely to be vulnerable to both sex and labor trafficking, men are also subject to exploitation.

Often the victims—no matter their age, gender or race—are individuals with unfortunate life circumstances who are coerced into trafficking to improve their situation, explained Amy Reumann, director for ELCA advocacy. They are women and children in abusive relationships, children who have run away from home, women and men who have struggled to find work in their communities or don’t have enough to feed their families.

“A great deal of trafficking takes place in the service industries and in agriculture—industries with children and foreign and domestic workers who have been coerced,” Reumann said. “Any situation where someone is not in control of their money or not getting access to health care puts them at risk.”

For many years human trafficking has been an invisible problem that resides in visible and public locations both domestically and abroad. Major sporting events like the Super Bowl, political conventions, holiday festivals and philanthropic fundraisers are places where victims are forced to work in plain sight. “You see an uptick in escort services and the availability of commercial sex during holidays and large events,” Reumann said. “These are times of desperation for some people.”

Delegates at the 2014 Women of the ELCA Triennial Convention approved a memorial to raise awareness and prevent human trafficking. To address this issue, the ELCA Southern Ohio Synodical Women’s Organization initiated the SOAP (Saving Our Adolescents from Prostitution) Project at its September 2015 synodical convention. Participants wrapped individual bars of soap with the hotline number for the Human Trafficking Resource Center and distributed them to hotels throughout their synod. (SOAP was founded by Theresa L. Flores.)

“When we were planning our convention, we wanted to make human trafficking the central focus,” said Robin Kaelin, president of the Southern Ohio women’s group. Since then, she reported that 5,000 bars of soap were distributed to hotels for use during major events when trafficking often occurs.

The ELCA ’s advocacy office has worked with the tourism industry on a national level since 2006 to encourage major hotel and travel chains to sign “The Code of Conduct for the Protection of Children from Sexual Exploitation in Travel and Tourism” (thecode.org). “Since that time, Hyatt, Choice Hotels, Hilton, Wyndham and Accor as well as Delta Airlines have signed on,” said Pat Zerega, consultant to the ELCA on corporate social responsibility. “Other chains have implemented trafficking training and human rights policies.”

3. Human trafficking is often more about psychological exploitation rather than physical restraint.

With images of women being tied up and shackled, news and mainstream media often paint a skewed picture of the realities of human trafficking. While these images can lead people to believe that trafficked individuals are physically restrained, it may come as a surprise that many are able to go out in public but remain victims due to psychological abuse and coercion.

“[Victims] are given certain promises about their life outlook, and then they end up in situations where wages are withheld, they are kept in places with a guard and they are not allowed to speak for themselves,” Reumann said.

4. To advance change, know your local resources and partners.

Many Lutheran-affiliated organizations and partners are trying to combat human trafficking at the state and local levels. All welcome passionate volunteers and advocates.

In Wisconsin, Lutherans work with legislators, public servants and other nonprofits to build a united and comprehensive campaign to help fight, prevent and raise awareness of human trafficking.

“The Lutheran Office for Public Policy in Wisconsin is addressing [human trafficking] by educating people in the church and at community events, advocating for public policies and helping others to be advocates for just legislation,” said Cindy Crane, its director. They also work with Cherish All Children, an ELCA ministry that helps congregations prevent sexual exploitation, and belong to a statewide consortium on anti-human trafficking in Wisconsin.

Pastors and synod representatives can also be a source for learning more about how to join the anti-trafficking movement.

According to the International Labour Organization, there are an estimated 20.9 million victims of human trafficking globally:

More than 21,000 cases of human trafficking have been reported to the National Human Trafficking Resource Center hotline in the last eight years. The hotline annually receives multiple reports of cases in each of the 50 states and Washington, D.C.