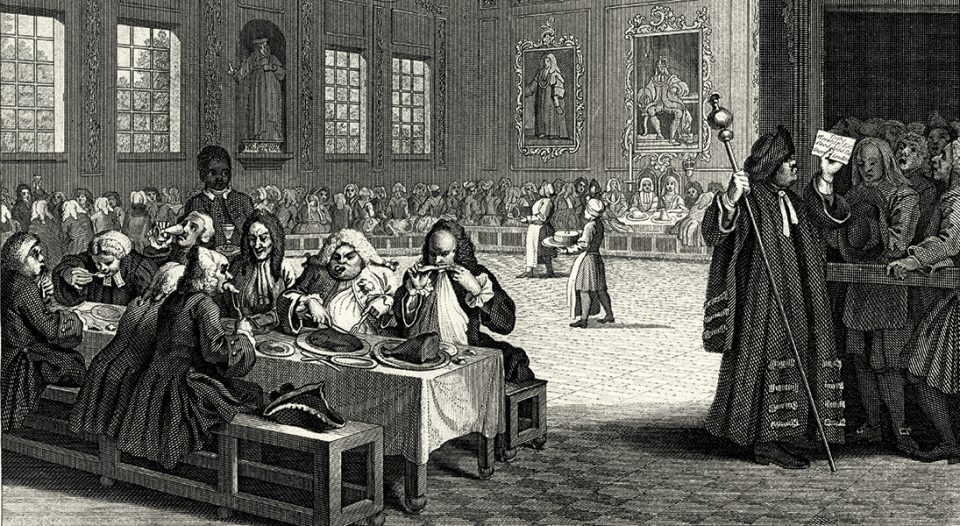 All of us have either heard someone at a gathering or restaurant use that phrase or have used it ourselves. But how much would it take to eat before a stomach could burst?

In 1986 the American Journal of Forensic Medicine and Pathology reported on a 31-year-old woman who went to the hospital with stomach pains. She had her stomach pumped, relieving her of 2 quarts of milk, three boxes of crackers and 5 pounds of hot dogs. She left the hospital and overate once again. The second time, however, she was unable to make it to the hospital. She was found dead in her kitchen, atop a pile of food and an empty grocery bag. Her stomach did not burst, but it had ballooned so large it squished her lungs and she died of asphyxia.

The takeaway is that this really happens, and the Bible has a word for it—gluttony, which made the list as one of the Seven Deadly Sins. What is gluttony? The word gluttony is derived from the Latin term gluttire, meaning “to gulp down or swallow.” It refers to voraciousness in appetite or overindulgence.

I’ll be the first to admit: “My name is Wayne, and I’m a glutton.” You wave a Boston cream doughnut in front of me, and I want to know where the other five are! Occasionally overeating is something many of us do, and marketers know it. This is why we have infomercials for workouts like P90X promising to help us lose weight in a matter of days. Overeating is what we do.

The Lenten season is a time of self-examination and repentance. We often try our best to make sacrifices, mainly in the area of eating.

In Proverbs 23:1-2, Solomon offers instructions to his listeners: “When you sit down to eat with a ruler, observe carefully what is before you, and put a knife to your throat if you have a big appetite.” Solomon is giving instructions on proper etiquette at one’s table. It was considered an honor to dine at the table of a national leader. Good manners were expected—people could lose their lives if they offended the king.

At the table, various meats and drinks would be laid out before the guests. An enormous amount—without limitation of exquisite delicacies—would birth the temptation to indulge. Solomon warned those at the table to guard against gluttony when all of these exquisite delicacies were set before them. Food is agreeable to one’s taste and to the tongue, promising pleasure and delight, but when taken in excess, as Solomon said, it can injure one’s health. He challenged them to keep their appetites in check: “Put a knife to your throat.”

In a word, we overcome gluttony by repenting. We learn to do and enjoy things in moderation. I’m going to get my doughnut—but three, not six.

There were two evils in the world: too much talking and too much eating. Solomon exhorted his guests to avoid both—it’s better to put a knife to your throat than for the king to put an ax to your neck because he is offended by your overeating! His statement sounds over the top, but he was trying to show that self-restraint is better than excess or overindulgence.

But gluttony is not just about indulging in food. When people are asked to define gluttony, the majority of responses will pertain to food or overeating. But gluttony can be characterized as overindulging with food, drinking, entertainment, spending money or whatever our fleshly appetite may be.

In a word, we overcome gluttony by repenting. We learn to do and enjoy things in moderation. I’m going to get my doughnut—but three, not six. Second, we may have to change our taste buds. We can enjoy things, but we must make sure we honor God who made all things. Third, we have to be good stewards over what God has given us. Prosperity is not in how much we have, it’s God trusting us with what we have already been given, and thus God gives us more because we have shown ourselves faithful. Understand, it’s not that God doesn’t want us to enjoy and indulge—God doesn’t want us to overindulge.

I hope you enjoyed this and you are satisfied!

Minister of word and service: Deacon