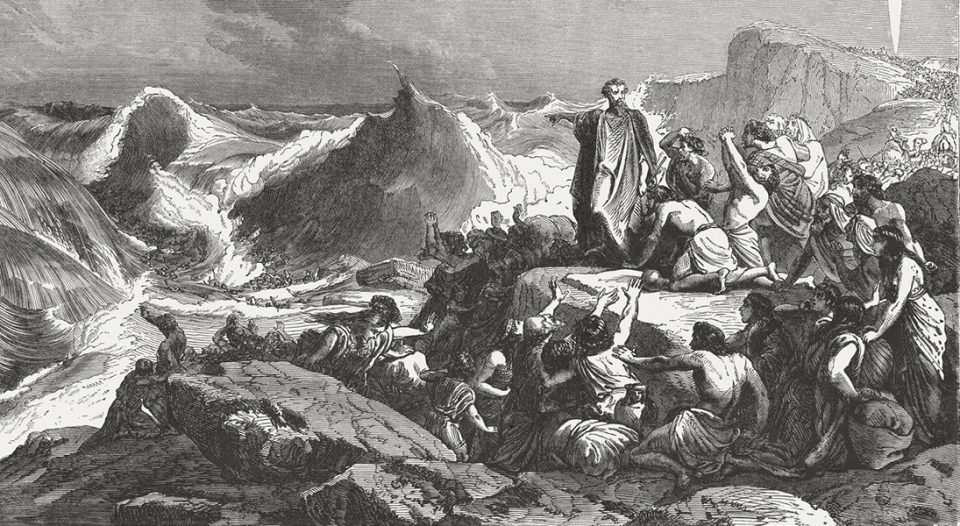 When the people of Israel were slaves in Egypt, life was not good. This was not the kind of life they had imagined for themselves or for their children. Eventually, after the plagues hit Egypt, Pharaoh finally decided to be rid of the people and told Moses to take them away. The people were probably thrilled. However, Pharaoh quickly realized that was a mistake for the Egyptian economy, as he’d let his entire workforce leave.

As the people celebrated their release, they suddenly became trapped. In front of them was the Red Sea, and behind them was Pharaoh with his army, trying to get them back. The people of Israel then turned on Moses. “Was it because there were no graves in Egypt that you have taken us away to die in the wilderness? What have you done to us, bringing us out of Egypt? Is this not the very thing we told you in Egypt, ‘Let us alone and let us serve the Egyptians’? For it would have been better for us to serve the Egyptians than to die in the wilderness” (Exodus 14:11-12).

Sometimes life is not so good for you—then something wonderful happens and you think things have turned around. However, you then realize you’re facing a whole new set of challenges and frustrations, and part of you wishes you could go back to the life you knew before. Maybe you’re a young adult who is starting to live on your own, and part of you yearns to go back home and live with your parents. Maybe you have to find a new job—but when you do, you secretly want to go back to the one you left. Maybe you’ve ended a relationship and are now looking for new one—but when you find one, you can’t help but think of the person you left. Sometimes the difficult past we know is more appealing than the scary future that we don’t know.

Moses tells the people, “Do not be afraid, stand firm, and see the deliverance that the Lord will accomplish for you today; for the Egyptians whom you see today you shall never see again. The Lord will fight for you, and you have only to keep still” (Exodus 14:13-14). He reminds the people of God’s faithfulness and of the power of God to bring them to new life. Then, God parts the Red Sea to let the people go through on dry land—and the sea then collapses upon Pharaoh and his men, killing them.

Luther’s original “flood prayer” in 1523 talked about how the death of the old self in baptism is like the death of Pharaoh and his men: The old is gone and the new has come.

Luther’s original “flood prayer” in 1523 talked about how the death of the old self in baptism is like the death of Pharaoh and his men: The old is gone and the new has come. The people of Israel could not bring this new life upon themselves; they could not free themselves from slavery in Egypt. (In the same way, we confess every week, “We are captive to sin and cannot free ourselves.”) They needed God to give them new life—and that’s exactly what God did, through water and God’s word.

In the same way, God uses water and God’s word in baptism to kill our old way of life and give us a new way of life. Yes, sometimes we may yearn for the past that we knew (even though it wasn’t so good) because we are scared about the uncertain future before us. But God brought the people of Israel through the water and into new life—and God does the same for us also.

Sometimes we think the past is better than the new life we’re being given—but because of God’s love for us, today doesn’t have to be a repeat of yesterday. Water and God’s word create new life and give us a fresh start.

Read parts 1 and 2 in this series.