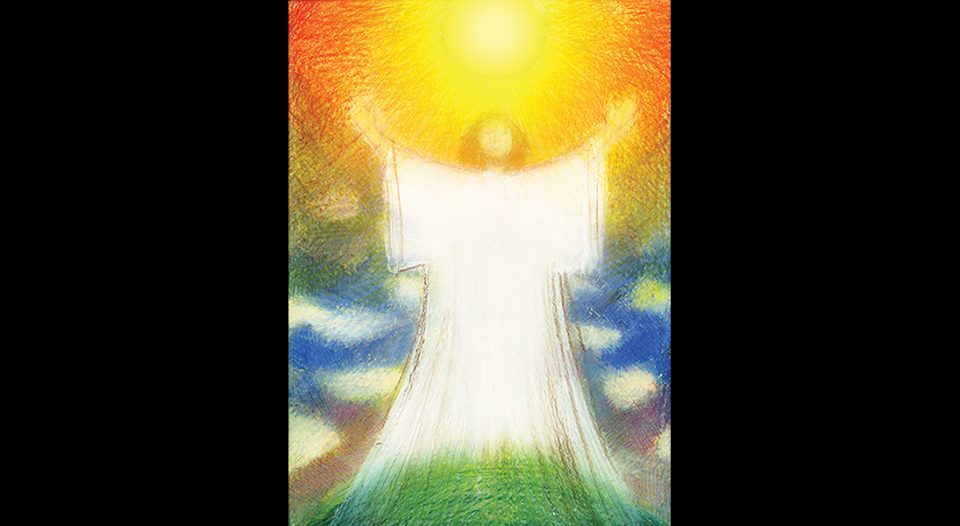 There’s a story told of two children playing together while a movie about Jesus’ life was on television in the background. One of the children was Christian; the other was not. As the film reached the point of Jesus’ crucifixion, the second child became more and more interested in what was happening on the television and began to neglect their play. Frustrated, the first child said, “Never mind about that! He gets out of it in the end!”

I wonder sometimes if this is our attitude toward Easter in the church too. It’s tempting to fast-forward through Jesus’ suffering and death to the Easter lilies and the happy ending. In a broken world, we long for happy endings.

Perhaps that’s why the first time Jesus referred to his upcoming death and resurrection, Peter actually talked back to him, rejecting his words (Matthew 16:22-23, Mark 8:32-33). When Jesus was arrested, the disciples ran away (Matthew 26:56, Mark 14:50). After Jesus’ death and burial, John reports that the disciples hid away together in fear (John 20:19). Mark reports that the women who found Jesus’ tomb empty on Easter morning didn’t tell anyone because they were afraid (Mark 16:8). Luke reports that when the women did tell the other disciples, they didn’t believe them (Luke 24:11).

The disciples had experienced Jesus’ crucifixion—a real, slow, painful and shameful death—and were convinced that was the end of the story. They couldn’t imagine a reality in which death didn’t have the last word.

And then everything changed.

On the church’s liturgical calendar, Easter is called “The Resurrection of Our Lord.” That name reminds us of the deep power of God at work to save. The God who created the world out of nothing creates new life on the other side of death. Easter isn’t the celebration that Jesus “got out of it in the end.” On Easter, we celebrate the fact that Jesus saw things through to the end, to the cross, to death, to the grave, and that God raised him up to new life!

Our creeds and confessions of faith insist on this: Jesus was crucified, died and was buried. They confess just as clearly that Jesus rose from the dead. There is no narrow escape, no getting out of it. Without death, there can be no resurrection. Jesus’ resurrection shows God breaking into our death-dealing world to give new and eternal life. When we gather for worship, we say in the words of the Apostles’ and Nicene creeds that we believe this! We really believe it! And then, even more boldly, we say we believe in this promise of resurrection for ourselves too!

Paul described Jesus’ resurrection as “the first fruits” of a harvest that will include all believers (1 Corinthians 15:20-23). Former Archbishop of Canterbury Rowan Williams expressed it like this: “God is never at the end of God’s resources when we are at the end of ours. We really die, and God really remakes us. Creation and resurrection are inseparable activities in God’s response to the death of God’s loved ones.”

The good news of Easter keeps getting better. Easter is not just one day but a liturgical season lasting for seven weeks. In the Scriptures, the number seven conveys a sense of completeness. Because there are seven days in a week and seven weeks in the season of Easter, Easter is sometimes referred to as “a week of weeks,” a fulfillment of fulfillment. The good news is so good that we keep on celebrating and witnessing to God’s gift of new life long after the rest of society has moved on to thinking about the next holiday.

This year Easter falls on April 1, April Fool’s Day. This calendar coincidence can be a delightful reminder that Easter is God’s big joke on sin, death and the devil. The powers of darkness that thought they had the last word did not and do not. As Paul wrote: “ ‘Death has been swallowed up in victory.’ ‘Where, O death, is your victory? Where, O death, is your sting?’ … But thanks be to God, who gives us the victory through our Lord Jesus Christ” (1 Corinthians 15:54-57).