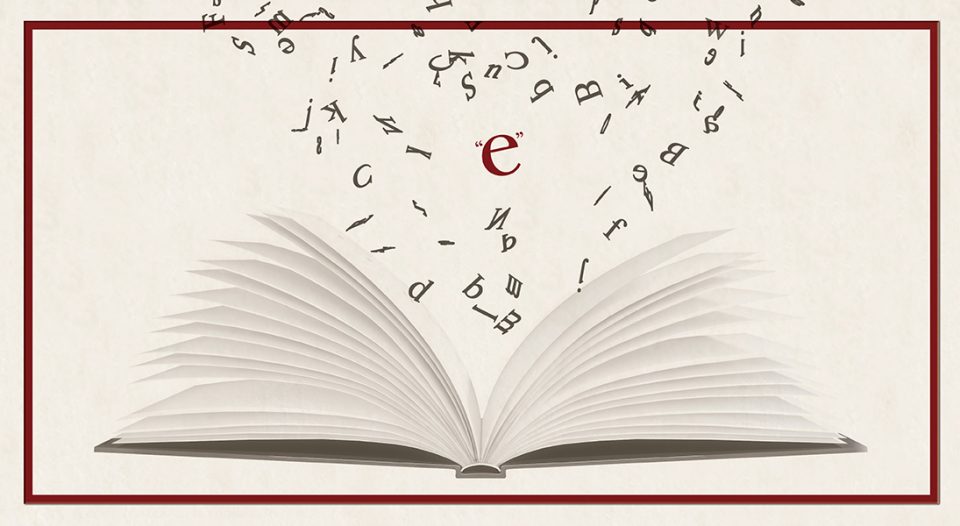 The Bible-Belt funeral director didn’t know about the ELCA. All he knew was that an Evangelical Lutheran pastor would officiate at his client’s service in Nashville, Tenn.

Surprised when Kevin Strickland showed up wearing a clerical collar, the funeral director was downright shocked to learn that the Evangelical Lutheran Church in America ordains and consecrates not only women, but also members of the LGBTQ community.

“He said, ‘But you’re evangelical. … How can you do that?’” recalled Strickland, who now serves as ELCA assistant to the presiding bishop and executive for worship. The point of confusion? The meaning of the word “evangelical.”

“In his mind, he was already placing on me that really conservative … definition of what the word has come to mean in so many places,” Strickland said.

The story exemplifies an identity problem this mainline church has faced in a culture where, in recent times, “evangelical” is associated with a specific kind of Christian.

“The title sort of got kidnapped by those who now call themselves evangelicals,” said Herbert Chilstrom, who served as the ELCA’s first presiding bishop from 1987 to 1995. The baggage began seriously piling on to the term after Ronald Reagan’s election in 1980, when the evangelical Christian right’s forays into public policy took root and they emerged as a formidable political movement as much as a religious one.

“I have always called them the ‘so-called evangelicals,’ ” Chilstrom said. “What holds them together seems to be their position on moral issues like abortion, gun control and what have you. What holds us together is the core value that we are people of the gospel.”

It was Chilstrom who came up with the name for the Evangelical Lutheran Church in America. He formally proposed it at the 1987 constituting convention that brought the denomination into existence with the merger of three predecessor Lutheran bodies. “It passed quite easily,” he said.

The word was important to Chilstrom and other leaders because of its long-standing Lutheran roots, going back to the 16th century when an upstart monk named Martin Luther kicked off the Reformation in Wittenberg.

As a young man, Timothy Wengert learned a personal lesson about the historical connection between our church and the term “evangelical.” Traveling in Germany when he was about 20, he asked for directions to the local Lutheran church—only to get a puzzled look. “I was thinking, ‘Oh, Lutheran is the word that everybody knew,’ but it wasn’t,” Wengert said. “They call Lutheran churches Evangelische, or Evangelical.”

Now professor emeritus of church history at United Lutheran Seminary, Philadelphia, Wengert said Evangelical, not Lutheran, was the name for Luther’s earliest followers. In fact, the reformer’s opponents used “Lutheran” as a slur.

“Luther even said, famously, he didn’t want people to call themselves Lutheran, but rather just Christian,” Wengert said, but “Christian” was too generic to distinguish the new movement from other types of Christians. “Evangelical” stuck. And still sticks.

“They were called Evangelicals very early on because of their orientation toward the gospel, as opposed to the law,” he said.

The core of Lutheran identity

The term “Evangelical” fits because it speaks to the core of Lutheran identity. “Evangelical” comes from the Greek word euangelion, meaning simply “good news” or “gospel.” Luther’s key insight—that the “good news” of Jesus is that we are loved by God and saved by God’s grace through faith, not by the good things we do—challenged centuries of Roman Catholic teaching that people had to earn their salvation by being good enough in God’s eyes.

Luther’s teachings shifted the paradigm concerning salvation. Instead of constantly worrying whether we are sufficiently righteous to deserve God’s love, Christians can live in joy and peace knowing that God loves us despite our sinfulness. Lutherans strive for righteous living and perform good works, but not to earn salvation. Rather, these compose a faithful, thankful response for what God has already done for us.

“Evangelical” was the settled name for the Lutheran churches as the movement spread, especially in northern Europe. Keeping to that tradition, German immigrants who founded the first Lutheran body in North America in the 18th century named it the Evangelical Lutheran Ministerium of Pennsylvania. Subsequent immigrants from Scandinavia also included “evangelical” in the names of the churches they founded in North America. Today “evangelical” still appears in scores of Lutheran church bodies worldwide.

With this historical link between tradition and the term “evangelical,” there has been some anguish and hand-wringing as the conservative evangelical movement over the last 50 years has led to associations with the word that many North American Lutherans find negative: legalistic theology; a literal interpretation of Scripture; dismissal of opposing viewpoints; perceived hostility toward the LGBTQ community; skepticism of science and academia; and understandings of such issues as masculinity, femininity, family and marriage that many find oppressive.

“The real problem is that in the press and in the wider society, those evangelicals have determined what it is to be Christian,” Wengert said. It’s not unusual for reporters and commentators to turn to cultural evangelical leaders as de facto spokespeople for all Christians.

The baggage associated with the word “evangelical” has led some Lutherans to distance themselves from the term. Some congregations have de-emphasized “evangelical” in their name, or even dropped the term from their websites, signs or stationery.

Other Lutherans distinguish themselves from cultural evangelicals by using a different pronunciation. Instead of the dominant ee-vangelical, with the hard “e” sound, they use the soft “e” sound of eh-vangelical. Chilstrom adopted the latter pronunciation after he noticed that H. George Anderson, the church historian who succeeded him as ELCA presiding bishop, preferred saying the word that way.

Elizabeth Eaton, current presiding bishop, goes with the harder ee-vangelical. She is also a major proponent of the idea that, as the original evangelicals who have called ourselves by that name for 500 years, ELCA Lutherans should proudly bring it back into their vocabulary.

“We also need to reclaim the word ‘evangelical,’ ” Eaton told the 2016 Churchwide Assembly.

“We shouldn’t be afraid to reclaim the word that, in a sense, only in the last 50 years has been stolen by a small group of Christians who actually are more legalistic than evangelistic,” Wengert said.

And we’d be standing on solid ground. “We can say that we were evangelical before some people came and distorted that term,” he added.

In calling for Lutherans to reclaim the word, Eaton added an important proviso: “But we also need to reclaim an evangelical spirit.” Many others in the ELCA echo the sentiment.

“That’s the important message for Lutherans to hear—that they’re not imprisoned with such a word, but they are given a talking point; they’re given a way to start explaining what they are,” said Maria Erling, professor of modern church history and global mission at United Seminary.

“Frankly, the Lutheran tradition is custom-built for this kind of crisis because mainstream evangelicalism has about exhausted itself,” said Richard Webb, a pastor of Lutheran Church of Hope, West Des Moines, Iowa, and a former member of the ELCA churchwide evangelism team.

“We may want to figure ways to [recontextualize] the word,” he said. “We talk about ourselves as ‘good news people,’ as ‘gospel people,’ but the best way to reclaim that word is to literally live that way. What kind of news are we to the people around us? Are we bad news? Are we boring news? Or are we startlingly good news?”

“Be more excited about your faith; help people love Jesus more; be more active in the community; share your faith with others; love God; love people; and make sure people know why you’re doing the whole thing.”

In too many cases across our church, Webb said, the world tunes us out.

Although we may have work to do, there are signs of hope, said Linda Bobbitt, project manager of the ELCA’s Congregational Vitality Project. Surveying tens of thousands of Lutherans on their faith and spiritual lives, the project’s findings squarely debunk the stereotype of the shy ELCA member who invites someone to church once in a dozen years or so, she said. Instead, a high number of Lutherans report inviting people to church, talking about their faith and engaging in meaningful spiritual discussions outside of church.

“There’s definitely stuff to build on here,” Bobbitt said. “There are people in every congregation whose faith is burning. There are people talking about their faith all the time.” Particularly encouraging is data that shows it’s the young adults—not their older counterparts—who are doing the most faith-sharing and inviting.

“Those things give me hope and encouragement,” she said. “God is not absent.”

Being our namesake in the world

But if the ELCA is going to grow and reclaim the evangelical mantle, its leaders and members will need mentoring, education and inspiration, said Dave Daubert, an author, ELCA parish pastor and lead consultant for Day 8 Strategies, which works on church renewal.

“We have to retrain our people, and our preaching has to be more equipping and more evangelical,” he said. “We’ve sort of lost the sense that the in-breaking of the kingdom of God that Jesus announces is happening around us all the time, and the ability to see it and articulate it for ourselves and others. We have to train people.”

In his work with congregations and synods, Daubert stresses a common-sense approach to such work through coaching and accountability.

“Most everybody knows what to do to make a church healthier,” he said. “Be more excited about your faith; help people love Jesus more; be more active in the community; share your faith with others; love God; love people; and make sure people know why you’re doing the whole thing.”

In other words, living the gospel.

For Strickland, worship provides a key to understanding and reclaiming evangelical Lutheran identity, as well as helping shape and equip Lutherans to become people of the gospel.

“We experience true evangelical witness when we partake of Jesus in the bread and wine, when we ‘splash in the bath,’ when we pray the prayers of the people and we sing the songs of the faithful,” he said. “What that does is propel us forward to then be our namesake in the world—to be evangelical in the truest sense of the gospel.”

Being gospel people means sharing God’s love, spreading the good news and inviting people to join in evangelical living. It’s an approach that Strickland took with that Nashville funeral director who was confused and shocked to learn about Evangelical Lutherans.

“I told him we’re the Evangelical Lutheran Church in America because we believe that the good news is too good to hold for ourselves, and that all people are welcome not only to hear the good news but to experience it,” Strickland recalled.

“I said, ‘If you don’t have a place to worship this coming Sunday, or even if you do and you’re interested, I encourage you to come and worship with us.’ He never did show up for church on Sunday, but in that moment, I wanted to practice what I was preaching and be
an evangelist.”

The Congregational Vitality Project was created to deepen the ELCA’s understanding of congregational vitality and to create a framework for measuring it: what it means, how vital the ELCA is now, how vitality can be cultivated and how the ELCA can foster cultivation. In 2009, Linda Bobbitt (vice president of the Rocky Mountain Synod from 2005 to 2013), in consultation with ELCA Research and Evaluation, began developing a simple, statistically reliable survey to do so.

The "e" word
The first “Evangelicals” were the courageous Christians who gathered 500 years ago around Martin Luther, the monk who taught faith insights so revolutionary that the Roman Catholic Church excommunicated him as a heretic and outlaw. Luther’s teachings still inspire millions, but at least in North America the term “evangelical” is more likely to be associated with non-Lutherans. But Lutherans can (and probably should) work to reclaim “evangelical” for their own.
Download Now