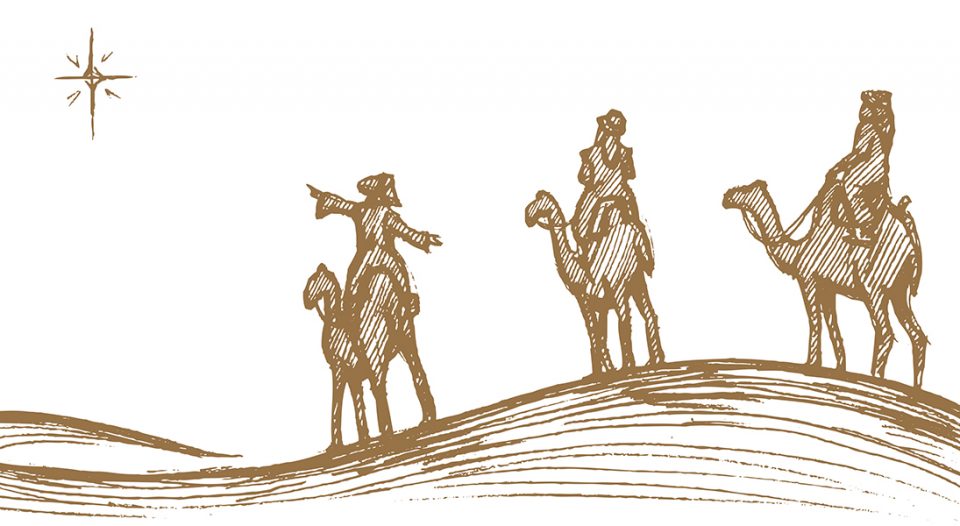 On Jan. 6 the Western church observes Epiphany, the revelation of Jesus to the magi, who represent all nations. The Time after Epiphany is marked by more revelation stories in our lectionary, telling of Jesus’ baptism, his turning water into wine at Cana, and his controversial proclamations in his hometown.

Often this message gets lost on us. Epiphany and the time after it seem like a pit stop in the liturgical year between the two biggest church seasons. As a result, we aren’t as attentive to the power of this season’s Gospel texts. But if we listen carefully, they offer something important to consider.

I’m stationed in Germany, ministering as a Navy chaplain to men and women returning from yearlong deployments. While I help them make sense of their deployment and plan for reintegration into the U.S., I frequently hear them describe their experiences in terms of “good” or “bad.”

What if Epiphany is about the revelation of a third way? That Jesus reveals to us a new approach to living. That the world isn’t divided into “good” or “bad”: red or blue, evangelical or mainline, nationalist or socialist.

In the U.S., one only has to turn on the TV, log in to social media and, sadly, listen to others and ourselves talk at and about each other to hear this rhetoric of “good” and “bad.” But as Lutherans, we don’t see the world in terms of “either/or” but rather as “both/and.” We believe in a God of grace. In my ministry, I’ve interpreted this as a “third way” to think about life.

What if Epiphany is about the revelation of a third way? That Jesus reveals to us a new approach to living. That the world isn’t divided into “good” or “bad”: red or blue, evangelical or mainline, nationalist or socialist. We’re fundamentally human—tragically flawed but infinitely loved by God.

I believe our baptismal identity is calling us into places we neither expect nor want to go. I believe miracles and fulfillment of prophetic texts aren’t just means to prove Jesus is the Son of God, but rather are powerful examples that tune us into the ways Jesus is present today and bringing us together.

Looking at life in the U.S. from across the ocean has convinced me that our witness as Lutherans is crucial to a hurting world. We must take our cue from Jesus, insisting to those bent on division that we belong to God and we belong to each other. In this revelation, grace shines through and healing, connection and hope can flourish.

If this season is a time of revelation, then there’s no better time to open our eyes to the God of grace in our midst and embrace Jesus’ challenging, hopeful call to love and serve our neighbors.