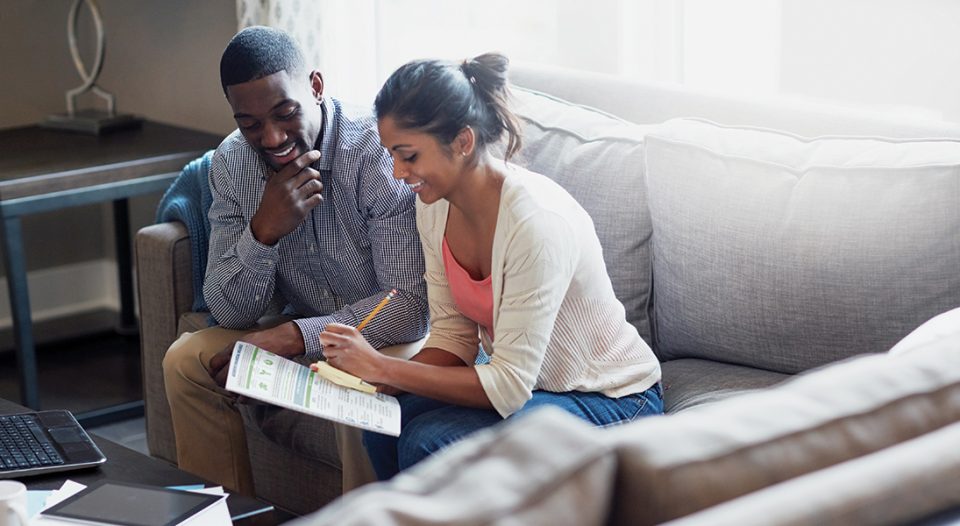 Linda Anderson-Little was in a position familiar to many rostered ministers. She was moving from a previous call in St. Louis to Richardson, Texas, to pursue a new role there as pastor of St. Luke Lutheran Church. The transition gave her and her husband, Dan, a Presbyterian pastor, the opportunity to assess their priorities.

“As we were moving, our incomes were shifting, our mortgage was changing; we have adult children, and our youngest was transitioning to college,” she said. “It was a great time to pause and look at the big picture of where we were financially, what our goals were financially, where we needed to skim.”

Anderson-Little looked into the ELCA’s then-newly launched Resourceful Servants initiative, established to improve the financial literacy and practices of rostered ministers and congregations. After being selected for the initiative’s Savings Matching programs, the Anderson-Littles began participating in financial counseling sessions that helped them “look at our budgets and finances in
a methodical way,” she said.

“My husband and I hadn’t really sat down and done such a detailed budget before,” Anderson-Little added. “You can have a more productive conversation of asking, ‘Does spending money on that thing really reflect my values?’ or ‘Are we spending money without being aware of where it’s going?’ … This isn’t just about having a savings account, this is about increasing my discipleship and my stewardship in daily life.”

A road map to financial stability

Recognizing the need for improving the financial literacy and financial health of rostered ministers and congregations, the ELCA sought to establish a program to focus significantly on those efforts several years ago.

In 2015, the ELCA churchwide organization was awarded a grant from Lilly Endowment Inc., through the foundation’s National Initiative to Address Economic Challenges Facing Pastoral Leaders. With that funding, Resourceful Servants was formed as a partnership between the churchwide organization, the ELCA Mission Investment Fund, the ELCA Federal Credit Union, Portico Benefit Services, and Lutheran Social Service Financial Counseling.

“The primary goal of Resourceful Servants is to encourage habits that strengthen and sustain individual and congregational financial wellness and growth,” said Adam DeHoek, the initiative’s program director and researcher.

“For rostered ministers, this comes in the form of promoting services and resources available across the ELCA, as well as by addressing two primary financial concerns raised by rostered ministers: lack of emergency savings and lack of retirement savings.”

“This isn’t just about having a savings account, this is about increasing my discipleship and my stewardship in daily life.”

More than 500 rostered ministers have participated in the matching programs and financial counseling. “Many [of them] have been able to intentionally save, which was something they had previously wanted to do but did not think would be possible given their financial situation,” DeHoek said.

For congregations, Resourceful Servants developed an online Congregational Certificate Program to help leaders “determine what they know and what they do not know about congregational finance and provide them with a starting point and a road map to greater financial stability,” DeHoek said. The certificate is expected to be expanded and made available to all ELCA congregations.

Many pastors and deacons, often faced with difficult financial decisions at home and in their ministry, have a certain level of anxiety about having their financial wellness examined. But Resourceful Servants participants consistently report feeling relief and confidence about the process.

“Joining the Resourceful Servants program made me a little nervous because of the scrutiny on my finances,” admitted Carla Thompson Powell, pastor of United in Faith Lutheran Church, Chicago. “It has been an entirely positive experience, giving me great insight into our financial strengths and weaknesses and giving me good tools for taking a few steps in a positive direction.”

Powell and her husband, Darryl Thompson Powell—also an ELCA pastor—were grateful to learn, through their counseling, that their financial situation was better than she had feared. “We have room to improve, but [it] helped us to objectively inspect our financial situation and discover what improvements could make the most impact right away,” she said.

The practices Powell has implemented through the matching program and financial counseling help her with accountability. “Not just wishing I could save a little money each month, but actually doing it,” she said. “It doesn’t take as much ‘work’ as I expected. It surprises me how easy it is to put a little aside without much disruption in day-to-day spending.”

Anderson-Little agreed: “I applied for the Savings Matching pilot program mostly to be in a discipline of saving. It’s kind of a no-brainer. If the church is offering matching funds, why would anybody not pursue it?”

It has been especially meaningful for Anderson-Little to see the ELCA as a true ally with her in ministry. “When they’re partnering with you in such a concrete way that affects your daily life, it feels like we’re really partners in this,” she said. “I didn’t need any more from the church, but now that I am receiving more, it feels good to be living out that partnership in such a generous and concrete way.”

In November 2018, the ELCA was awarded a grant from Lilly Endowment to support an expansion of Resourceful Servants. Learn more and apply at resourcefulservants.org.

When banking becomes a ministry

How to create a narrative budget